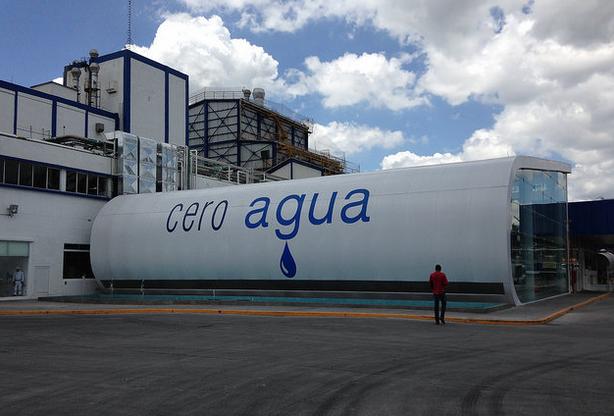 "Our water bottling operations in California have come under increased scrutiny in recent weeks."

The Swiss multinational will implement the technology at five water bottling plants and four food or petcare products manufacturing facilities in the US state.

Nestlé has already started installation of the new filtration system at its facility in the City of Modesto.

Once the milk factory is transformed into a ‘zero water’ facility, it will not use any local freshwater resources for its operations. It will recycle the waste generated from Carnation condensed milk for the process and is expected to involve a $7m investment.

The project is expected to save around 63 million gallons (238,000m3) of water per year in the state which has been struggling to cope with its fourth year of drought. Water conservation through the project will be equivalent to 71% of absolute withdrawals in 2014.

Completion of the project has been scheduled by the end of next year.

The firm intends to use a ‘Water Target Setting’ method for its California facilities which can help in identification of the scope for water usage reduction and the technology which can be implemented.

Nestlé has been carrying out assessments of its facilities in the state to improve their operational performance and impact on the watersheds in which they operate.

However, the firm has recently been facing criticisms for its operations, with the protesters demanding a halt in its bottling from a spring in the state.

Lopez said: "Our water bottling operations in California have come under increased scrutiny in recent weeks.

"We are focused on how to adapt our bottling and our manufacturing operations, and our supply chain, to make them more resilient and more resistant to drought conditions."

The firm has also been co-ordinating with the World Resources Institute and planning to implement the Alliance for Water Stewardship (AWS) international standard at its Californian facilities for better water management.