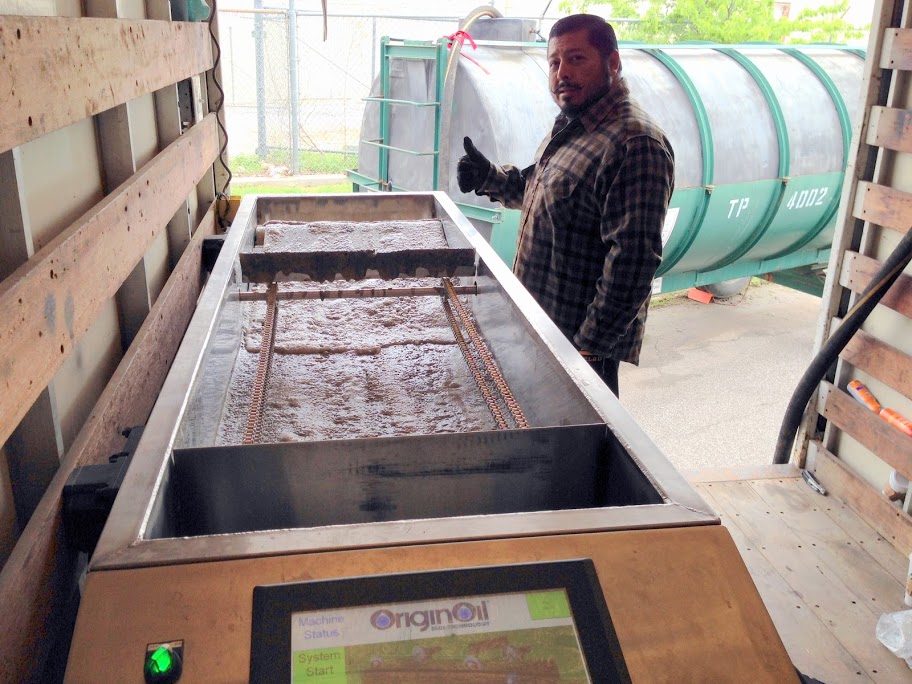 The cleanup process was initiated to evacuate heavy floodwaters which had enterted into the facility.

OriginClear processed the highly contaminated water with its self-contained mobile demo unit, and was able to recover over two-thirds of the total water.

"This is a win-win for cleanup operators, insurers and the whole community."

E3 Services and Solutions CEO Talbott Howard said: "The OriginClear cleanup service surpassed our expectations. We knew this water had heavy metals and other industrial contaminants, but was diluted by a lot of recoverable water.

"The OriginClear ‘crash truck’ reduced visible contamination in the recovered water by 99.9%, making it appear clear to the eye.

"The city of Oklahoma permitted the water to be disposed directly into its sewer system, which is a huge cost benefit for our customers."

Conventional method of disposing such cleanup water requires it to be trucked to hazardous waste disposal.

The on-site cleanup process reduces the amount of water to be disposed, thus eliminating its waste, and reducing otherwise caused expense and pollution by the conventional methods.

OriginClear CEO Riggs Eckelberry said: "This is a win-win for cleanup operators, insurers and the whole community."

Howard added: "This test project demonstrated the potential of this business model at scale.

"Disaster recovery companies could increase their revenues by recovering much of the water themselves and making it available for reuse."

OriginClear introduced the business model first in California, and is now looking for expansion across North America.

The firm had deployed a truck which was equipped with a demonstration-scale, shippable EWS unit having a daily treatment capacity of 36 tonnes of contaminated water, with filter arrays to polish the final result to the city standards.

The city authorities approved disposal of the recovered portion in its sewage system after conducting review of the independent lab analysis. Remaining portion of the sludge was then dumped at a waste disposal site.