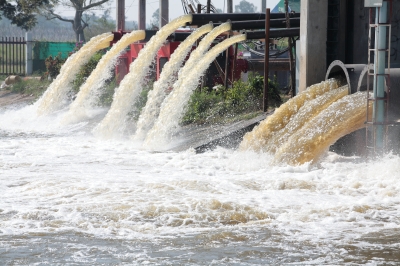 The three million gallon wastewater spill from Gold King Mine in Colorado could have been avoided if the Environmental Protection Agency would have been more careful, according to an investigative report published by Bureau of Reclamation engineers under the US Department of the Interior (DOI).

The accident could have been avoided if the EPA cleanup crew would not have rushed the work and handled it prudently with better technical expertise.

The spill, which occurred on 5 August, have affected rivers in three US states and is likely to cost the government around $50bn.

"This error resulted in development of a plan to open the mine in a manner that appeared to guard against blowout, but instead led directly to the failure."

According to the DOI investigators, the EPA team should have checked water levels inside the mine before digging into a collapsed and leaking mine entrance.

Following the spill, the agency had claimed the blowout to be ‘likely inevitable’ as millions of gallons of pressurised water had been accumulating inside the mine.

The DOI engineers, who had studied the incident for two months, concluded that the EPA crew could have planned the excavation by using a drill rig to bore into the mine tunnel from above to measure the chances of a blowout. The crew, however, had proceeded with the work assuming that the mine was only partially filled.

The report said: "This error resulted in development of a plan to open the mine in a manner that appeared to guard against blowout, but instead led directly to the failure."

The spill had contaminated rivers in Colorado, Utah, New Mexico, and on the Navajo Nation with dangerous heavy metals including arsenic and lead, which consequently led to a temporary shutdown of water supplies for drinking purposes and for cropland irrigation.

The report said: "Abandoned mine guidelines and manuals provide detailed guidance on environmental sampling, waste characterisation and water treatment, with little appreciation for the engineering complexity of some abandoned mine projects that often require, but do not receive, a significant level of expertise."

The spill has prompted the EPA to halt its cleanup works at ten polluted mining complexes in Montana, California, Colorado and Missouri for now.

Image: The mining spill is likely to cost the government around $50bn for clean up. Photo: courtesy of sakhorn38 / FreeDigitalPhotos.net