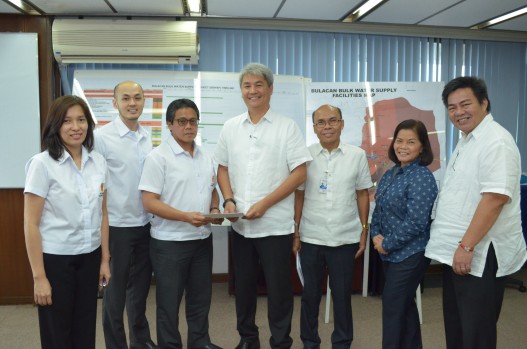 The Bulacan Bulk Water Supply Project (BBWSP), which is the first of the two water projects under the country’s public-private partnership (PPP) programme, is intended to provide treated bulk water to the 24 water service providers in Bulacan.

SMC-K Water Consortium emerged as the lowest bidder for the BBWSP with the bulk water charge of P8.50 ($0.15) per cubic meter, MWSS said.

Under the 30-year build-operate-and-transfer (BOT) contractual arrangement, the consortium will be responsible for the financing, detailed design and construction, and operation and maintenance of conveyance facilities, treatment facilities and water source.

The project is also expected to cut down the use of deep wells, thus contributing in mitigating the environmental impact of excessive groundwater extraction.

During the opening of the financial proposals in November, Administrator Gerardo Esquivel said: "MWSS takes water security seriously. The spirit and soul behind water security is not about the abundance of water but the availability of water for all, particularly the poor.

"This project is not about providing water to the 24 municipalities alone, nor is it just construction of a modular water treatment facility, nor is it about the conveyance system with 1.2 diameter pipes.

"All these are about water security, equality, fairness and levelling up the lives of many Filipinos that continue to be deprived of a basic human right."

The other project under the country’s PPP programme includes the PHP18.72-billion New Centennial Water Source-Kaliwa Dam Project, which is intended to meet an increase in Metro Manila demand.

Planned to be completed in two years, the project involves fortification of the facility, which supplies about 97% of Metro Manila’s raw water requirement.