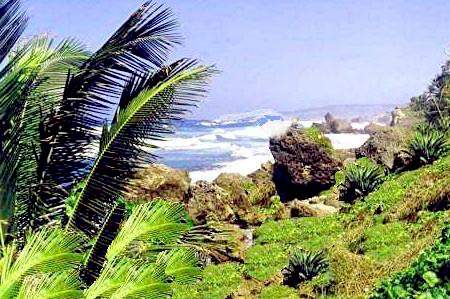 Despite the tropical island image, Barbados is classified as a "water scarce" country. The new 30,000m&#179;/day desalination plant supplies water to around 17% of the population. 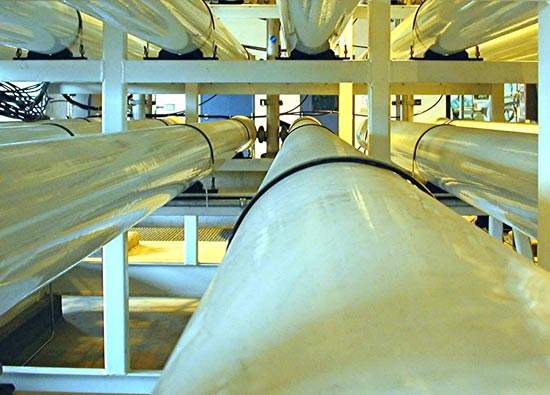 The plant uses spiral-wound, thin-film composite membrane elements, housed in cylindrical pressure vessels to desalinate brackish water. The effluent stream passes through an energy-recovery turbine before being discharged to the sea via deep well injection.

The 30,000m³/day brackish water reverse osmosis (BWRO) plant at Spring Garden, St Michael, was built by Ionics Freshwater Ltd (an Ionics / Williams Industries JVC) under a build-own-operate contract awarded by the Barbados Water Authority (BWA). Claimed as the largest of its kind in the Caribbean, it began operating in February 2000, just 15 months after the agreement was signed between the two parties and supplies potable water to 44,000 people – around one-sixth of the island’s population.

The contract comprised detailed design, engineering, manufacture, site preparation, construction, installation, start-up and commissioning of the plant, followed by its operation and maintenance for a 15-year period.

The project also included upgrading and extending the existing supply infrastructure to enable the new plant to be connected, the construction of a reservoir at Cave Hill and the implementation of various associated water conservation measures. In addition, an education centre was established to serve as a resource for school children, students and the island’s tourist industry.

The total cost of the scheme was $37.5 million.

Barbados is classified by the UN Commission on Water as a “water scarce” country, putting it only slightly ahead of the desert nations of the Middle East in terms of availability per capita. This makes it particularly vulnerable to the effects of cyclic droughts, such as the one which occurred in 1994-95. Said to be a one-in-150-year event, this saw over 3,000 households regularly without water. On 1 August 1995, the day after supplies failed to virtually the whole of Bridgetown, including the town’s Queen Elizabeth Hospital, the Barbadian Government acted to review the future of water provision.

Groundwater has always provided the largest source of supply, providing nearly 90% according to a BWA survey carried out the next year. Of this, around half was drawn from just two wells, both of which were operating at near full capacity. There are some 120 privately owned wells, most of which abstract water for irrigation purposes – agriculture being the country’s largest single water user, accounting for 23.5% of 1996 BWA figures for total consumption. The domestic sector comes a close second, at nearly 22%.

With very little use made of surface, spring or recycled water, growing evidence of deteriorating groundwater quality and the competing demands on existing resources increasing, the drought had highlighted the need for an integrated management programme. The decision to build the BWRO plant – originally planned as an 18,200m³/day facility – arose as part of the response. Other elements include reducing “unaccounted for” water from 60% to 30% over a 20-year period, improving the distribution system, implementing a zoning policy for water conservation, stricter commercial and managerial controls and changes to the tariff structure.

The desalination plant is fed from ten separate 80ft-deep brackish water wells, located to the rear of the site. This input flow is pumped to the pre-treatment facilities where suspended solids and particulates which pose a fouling threat to the RO membranes are removed by filtration using 5-micron cartridge filters. In addition, the water is dosed with antiscalant during pre-treatment phase to minimise mineral scale build-up, which increases the water recovery rates achieved in the desalination process. Adequate pre-treatment helps to ensure stable operational performance for the RO equipment, reduces the maintenance requirement and prolongs membrane life.

The approach adopted at the St Michael plant has been specifically designed to reduce the overall energy requirements and provide high quality potable water. It combines advanced membranes operating at low pressure into a single array, giving a typical indicative power consumption of around 1kWh/m³ of product water. The RO system itself comprises a battery of spiral-wound, thin-film composite elements, housed in cylindrical pressure vessels which recover up to 75% of the pressurised inflow as fresh water. This permeate is collected and transferred for chemical treatment. The highly saline concentrate passes through an energy-recovery turbine, which contributes to the plant’s low electrical consumption, before being discharged to the sea, via deep well injection.

The product water is subsequently re-mineralised with lime to improve its palatability and chlorinated by the addition of sodium hypochlorite. It is then pumped to the on-site storage tank, where it is tested for conformity to World Health Organization (WHO) quality standards for drinking water, before being transferred to the BWA reservoir for distribution.

Ionics Freshwater Ltd was the build-own-operate contractor. This is a joint venture company between Ionics, who provided the desalination expertise, and Williams Industries, a highly diversified Barbados-based company with interests in manufacturing, electrical contracting, construction, farming, tourism and property development. BWA have a supply agreement with Ionics Freshwater for the purchase of the desalinated water product and are responsible for its distribution and supply. The new Cave Hill Reservoir was constructed by SpanCrete Caribbean.