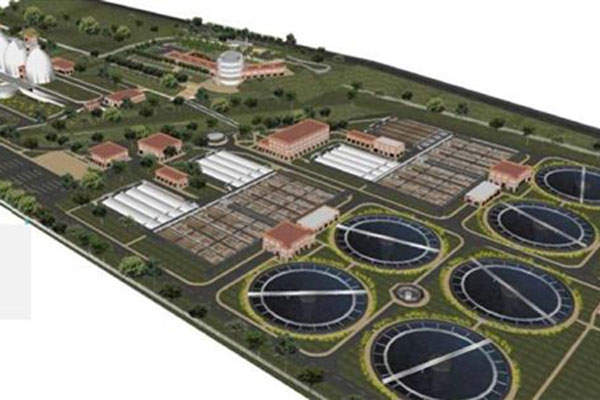 An overview of the Bello WTP, the largest wastewater treatment plant in Latin America. 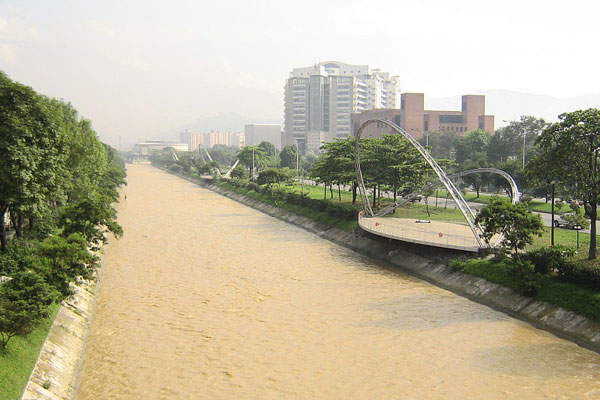 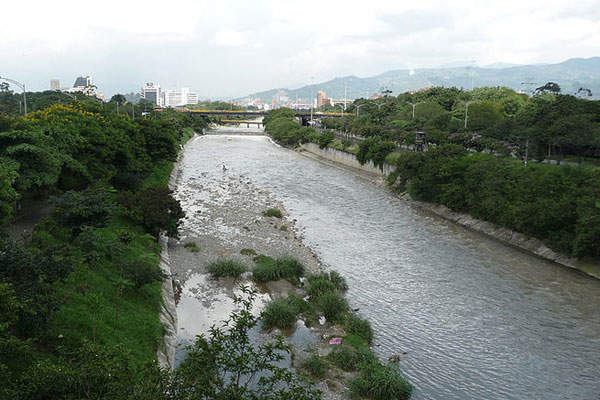 The project will bring down the dissolved oxygen levels in the Medellin River to an average 5mg per litre. Image courtesy of Lina Mondragón. 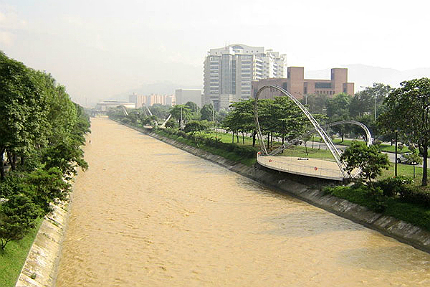 The Bello Wastewater Treatment Plant (BWTP) is being constructed as part of the second phase of the Medellin River Sanitation Program.

The programme aims to meet the required water-quality target set by the Aburra Valley Metropolitan Area to bring down dissolved oxygen levels to an average 5mg a litre.

Construction works for the new plant started in November 2012, and the plant is scheduled for completion in 2015.

The project is being implemented with an investment of about €260m ($347m) by Aguas Nacionales ESP, a subsidiary of Empresas Publicas de Medellin (EPM). The project is expected to generate approximately 1,200 direct and indirect jobs.

The Medellin River Sanitation Program is being executed by EPM. The first phase of the project involved the construction of the San Fernando Wastewater Treatment Plant in the southern end of the Aburra Valley, with an investment of $130m financed by the Inter-American Development Bank (IDB).

The bank further provided a loan of $450m for the project in February 2009.

The loan covers a period of 25 years, with a six-year grace period at an interest rate based on the London Interbank Offered Rate (LIBOR).

"The programme aims to meet the required water-quality target set by the Aburra Valley Metropolitan Area."

The new Bello wastewater treatment plant will treat 80% of the wastewater from the Aburra Valley and 95% of the overall treated wastewater dumped in the Medellin River.

The project also involves construction of the North Interceptor, with a length of 7.7km and inside diameter ranging between 1.8m and 2.4m.

The new wastewater treatment plant will receive around 120t a day of industrial, commercial, and residential organic waste. The plant will be designed for a treatment capacity of five metres cubed a second. The project site will cover an area of 40ha.

The wastewater treatment plant will comprise of infrastructure for biological treatment by activated sludge and fine bubble aeration, sludge digestion, and energy recovery, as well as odour control and ancillary infrastructure.

The wastewater treatment plant will first incorporate a pretreatment process to remove solids from the water. The facility will comprise of a protection grate and a gate to initially remove large solids. It will be followed by the use of six thick and six thin grates to remove other solids.

The water will be conveyed to eight rectangular and aerated grit chambers, before moved to the primary settlement, which comprises four lines of tanks. The hydraulic retention time during primary treatment will be one hour.

The water will then undergo a secondary biological treatment using activated sludge. In this stage, the water from the primary tanks will flow to the aerated tanks designed with a cascade system. This will come into contact with activated sludge and the organic matter will be converted by the bacteria into water, carbon dioxide, and energy. The oxygen required for the aeration process will be supplied using centrifugal blowers.

The flow will then proceed towards eight secondary settlers, where a sludge sweeper will concentrate the sludge in a small chute. Part of the sludge from the secondary settler will be recirculated to the aeration tanks to maintain high concentrations of bacteria in the biological reactors. The sludge that is not re-circulated goes for treatment.

The treatment of sludge from the plant will be carried out using six anaerobic digesters, while the odour treatment will be done using chemical scrubbing.

The design, build, operation, and maintenance contract for the wastewater treatment plant was awarded to Aguas de Aburra HHA, a consortium comprising of Acciona, Hyundai Engineering and Construction, and Hyundai Engineering. Poyry has been contracted to provide assistance during the tendering and construction phase of the project.

The 50 million gallons per day (MGD) Huntington Beach Desalination Plant is proposed to be built by Poseidon.