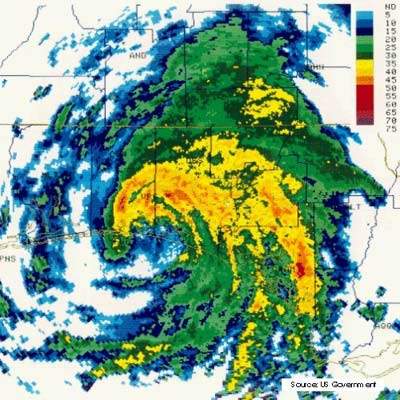 In 1994, Tropical Storm Alberto caused heavy damage to the existing Riverside water treatment plant at Macon, in Bibb County in southern Georgia, USA. This resulted in the construction of the new Frank Amerson plant. 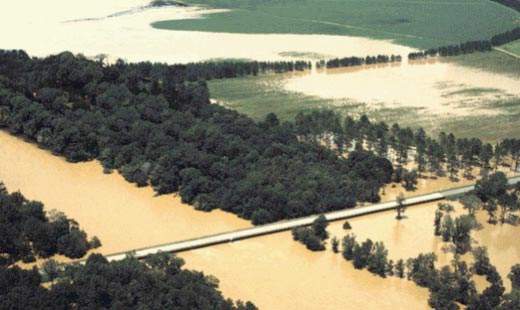 Some of the worst flooding occurred along Georgia's Ocmulgee River and its tributaries; Macon was one of the hardest hit cities. 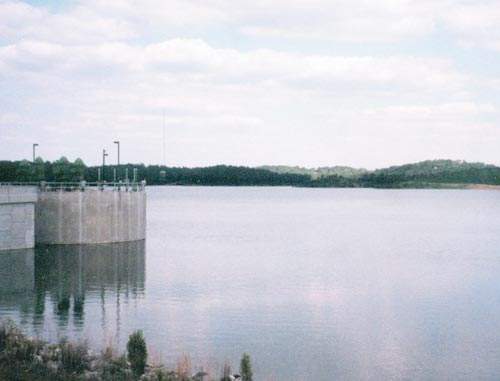 Water drawn from the Ocmulgee River is pumped to Javors J Lucas Lake - the Town Creek Reservoir - to feed the adjacent Amerson WTP. 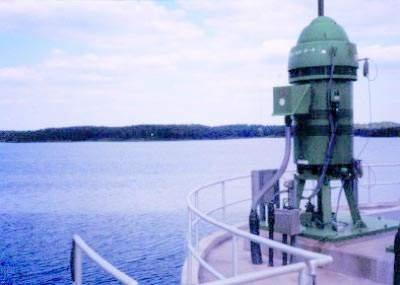 A high-capacity pump withdraws raw water from the reservoir lake. The Frank C Amerson plant has a current demand for 230,000m&#179; daily. 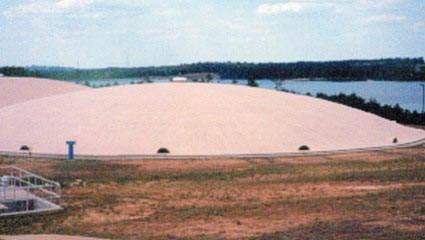 The finished water is stored in a number of domed clearwells on the 1,200ha site. 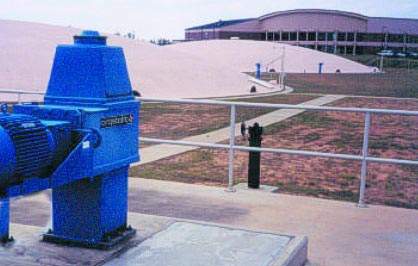 The view looking from one of the clearwells towards the water production building, which also houses the plant's state-of-the-art water quality laboratory.

The severe weather conditions of Tropical Storm Alberto caused heavy damage in the area of Macon, southern Georgia, in July 1994. Massive flooding hit the Riverside Water Treatment Plant, submerging the works, destroying over half of the buildings on the site and wrecking the new pumping station, which was under construction at the time. Around 50,000 people were left without water for three weeks and many also lost power to their homes.

In the aftermath of the storm, Macon Water Authority (MWA) – which provides municipal water and sewerage services in the Bibb County area – was one of several publicly owned utility companies in Georgia declared eligible for federal disaster assistance by President Clinton.

MWA initially received around $100m in Public Assistance funding as a result, against a total cost of $116m, to design and construct a new water treatment plant and associated facilities.

A series of improvements were also incorporated into the project to make provision for the anticipated future demands of the area. These included increasing production capacity, constructing a new water intake and reservoir, upgrading the delivery system infrastructure and laying around 130km of new pipe-work. In addition, the old facility was decommissioned, demolished and its site re-landscaped.

The project entered its last main phase in 2004, with the implementation of recommendations that arose from the production of the source water assessment plan (SWAP).

The Frank C Amerson Jr Water Treatment Facility, also known locally as Town Creek, became fully operational on 10 July 2000. The overall treatment process is largely conventional, though the design of the plant incorporates modern approaches to flocculation, sedimentation and filtration. This enables it to provide a higher quality product than the 100-year-old facility it replaced.

“The Frank C Amerson Jr Water Treatment Facility has been designed to be easily extended to 345,000m³ per day.”

The facility has a current capacity of 230,000m³ per day (60mgd) – 20% greater than the old Riverside works – and has been designed to be easily extended to 345,000m³ per day (90mgd) to meet the predicted needs of the growing population. There is scope within the design for further expansion, if required.

A new intake structure on the banks of the Ocmulgee River and an associated pumping station were also included in the project, constructed at a cost of $12.6m. Raw water is withdrawn from the river and pumped to the Javors J Lucas Lake – a 25 million cubic metres reservoir covering some 250ha of land adjacent to the plant – from which it is drawn for treatment.

Laboratory facilities, extensive sedimentation basins and domed clearwells for finished water storage are also located on the 1,200ha site. An alternative booster pumping station, bypassing Javors Lucas Lake, has been installed for continuous operations during maintenance and for emergencies.

On 29 March 2001, after a period of transition, the old Riverside plant was taken out of service and decommissioned. Demolition began shortly afterwards and was largely completed 18 months later when the Georgia Emergency Management Agency issued a payment of $2.4m to MWA to offset the engineering, site security and associated costs involved.

Subsequently, the site has been extensively re-landscaped, returning it to open space ultimately to be used for public amenity value. A new 180 acre public park, called Amerson Water Works Park, was opened at the water treatment plant site in January 2009. The site was provided by MWA for development in 2005.

The drinking water from the plant is treated with different chemicals at various stages of the treatment process to assure quality.

Under federal law, passed in 2002 in the wake of mounting concern regarding terrorism, all large community water suppliers became required to conduct an assessment of internal procedures and equipment. A team of MWA employees worked for six months with engineers from Jordan Jones & Goulding to examine the plant, duly delivering their report to the federal government on 31 March 2003.

“The estimated cost for implementing all of the study’s recommendations was around $1.2m for the treatment plant.”

The study of the Amerson works and water-distribution system investigated their vulnerability to biological, chemical or physical attacks and considered potential threats from disaffected employees, psychotics, extremists and activists as well as terrorists.

While some areas for improvement were identified, the study found few vulnerabilities which could cause the entire system to be knocked out and suggested that that the new plant and associated systems were at no greater risk than any others elsewhere. The estimated cost for implementing all of the study’s recommendations was around $1.2m for the treatment plant, with a further $1.3m for the distribution system.

While federal grants were available for high budget items, many of the security improvements suggested were implemented at relatively low cost, such as upgrades to fencing, sensors, ID badges and security cameras. Other measures included closer co-operation between MWA, the area’s homeland security panel, the Bibb County Sheriff’s Department and local hospitals. In addition, policy changes were also considered, particularly in respect of site access.

The original intention had been to maximise the community use of the land around the plant for a variety of outdoor pursuits including hiking, mountain biking and fishing. Restricting access was not a step MWA took lightly, though in the present climate of heightened security awareness, its consideration at least was widely seen as inevitable.

The source water assessment produced by MWA and the Middle Georgia Regional Development Center was intended to protect and manage the watersheds of the Ocmulgee River Basin, and specifically the Lucas Lake / Town Creek Reservoir, which provides the raw water for the plant. One of its main purposes was to identify potential pollutants within a 30km radius of the new plant intake and the reservoir to ensure that they can be taken into account in any future developments or resource management planning.

The SWAP was delivered to the Environmental Protection Division (EPD) ahead of the November 2003 deadline and implementation of its recommendations continued during 2004.

Federal Government funds account for 90% of the costs of the project, with a further 5% coming from the state and the remaining 5% from MWA itself.

“Federal Government funds account for 90% of the costs of the project.”

DS Atlantic / Tribble & Richardson were the lead contractors, responsible for project design and construction. American Pipe were the main supplier of cast iron pipe-work, with their subsidiary, American Flow Control, providing the valves.