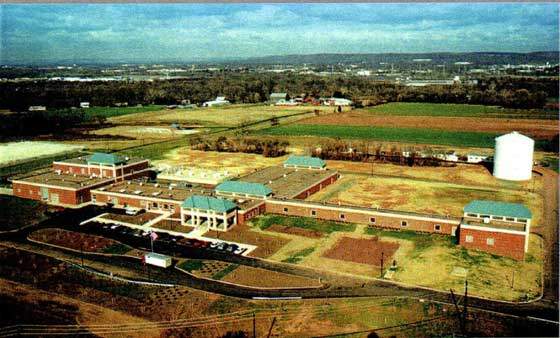 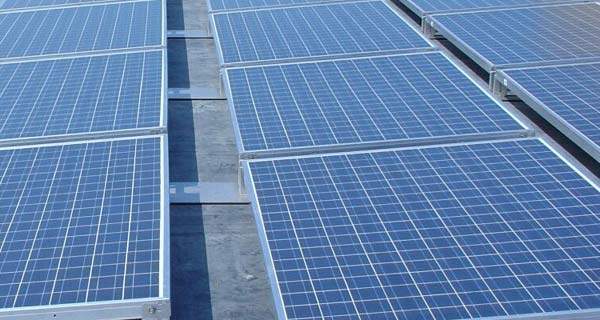 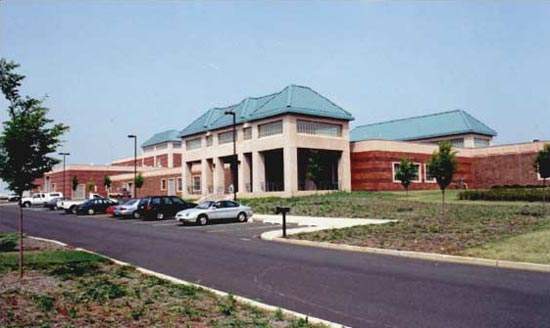 The filter building at the plant. In addition, there are two pumping stations, a main control room, site laboratory and offices. 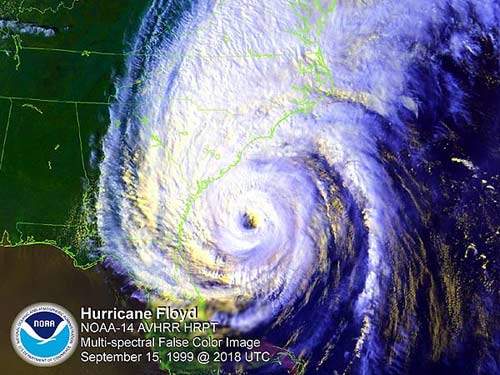 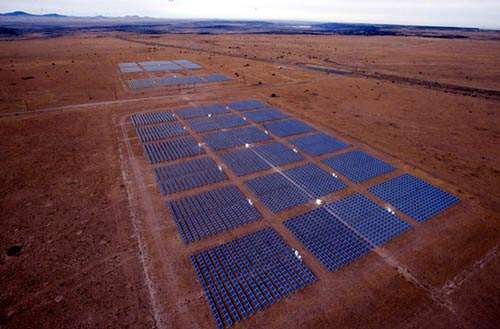 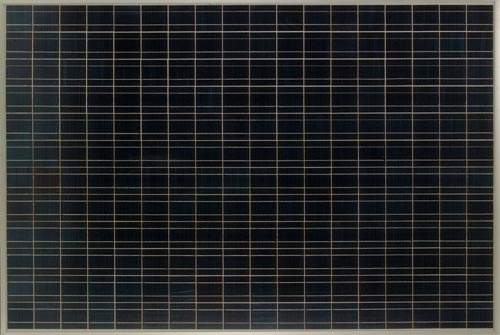 A single ASE 300 W Module from RWE Schott. The plant's new installation is one of the largest in the US and is expected to provide 15% of its peak energy requirement.

On 11 October 2005, New Jersey American Water (NJAW) formally dedicated the newly completed 502kW ground-mounted photovoltaic system at the Canal Road WTP – the latest improvement to the facility which was originally built in 1996. The largest of its kind east of the Rockies, this new solar electric installation is expected to provide 15% of the peak usage power needed to run the plant – saving approximately $125,000 a year.

Designed and built by Dome-Tech Solar, with photovoltaic panels supplied by RWE Schott Solar (a RWE Solutions/Schott Group JV), the system is intended to help NJAW with their strategic reduction of energy costs.

The rebate available from the New Jersey Board of Public Utilities (NJBPU) under the clean energy program amounts to almost 60% of the project’s cost, enabling the system to pay for itself in an estimated seven years, with run-on savings thereafter.

New Jersey American Water is the state’s largest water utility, serving over two million people in 176 communities across the region.

The Canal Road plant was built in 1996 by the Dick Corporation for what was then the Elizabethtown Water Company (EWC), to maintain water treatment capacity in response to stricter federal and state water quality standards.

On the night of 16 September 1999, flood waters from Hurricane Floyd struck the Canal Road plant and EWC’s other WTP, Raritan-Millstone. With the Raritan-Millstone forced to shut down, the Canal Road plant, though itself submerged, cranked up its output to double its then rated capacity in an effort to avert pressure drop in the supply system and the potential attendant health risks of back-siphoning.

In addition to the generation equipment, 26 damaged pumps and all the electrical, instrumentation and power systems were replaced or factory reconditioned. The controls for the backwash were moved from the raw water intake on the Raritan River to high ground at the Canal Road plant and plans for a flood wall were implemented.

The next year, facing the need to expand and with proposals received which exceeded the available budget, a plant review process was begun which ultimately led to an intermediate expansion, increasing the capacity to 265,000m³/d. This was completed in early 2002.

Other areas were also highlighted for improvement ahead of further expansion, including the need for additional intake screens and changes to the raw and finished water pumps. In addition, the flocculation / sedimentary basins inlets were upgraded to balance the flows avoiding the potential hydraulic bottleneck and increase operation reliability.

Treatment is largely conventional, involving screening, settlement and filtration, though ozone is used as the primary method of disinfection. The plant itself comprises two pumping stations, a filter building and an ozone generating facility, with a further building housing the main control room, site laboratory and offices.

New Jersey’s highly favourable renewable energy rebates – described as the best in the US – formed a significant driver on the new solar installation, which consists of over 2,800 panels. In common with other ground-mounted systems, the work at Canal Road required extensive engineering analysis in addition to a fairly lengthy series of planning and environmental approvals.

NJAW selected Dome-Tech to provide the design and build expertise on the new installation in the light of their extensive prior involvement with the water company’s energy saving initiatives over the years. With photovoltaic installations, optimised power utilisation depends not only on the efficiency of the power generation within each of the solar-cells in the array, but also on the dynamic load matching of the down-line external circuitry. Thus, equipment quality, technical excellence and high reliability were prioritised throughout the design process, reflecting the flagship nature of the project, which is widely expected to pave the way for other water works to integrate similar systems into their own operations.

When operating at peak capacity, the 502kW plant – which covers two acres – will provide enough energy to meet the average electricity demand of more than 500 homes.

Schofield Colgan Perry Lawler were the plant architects and the control system was provided by Transdyn. The plant was subsequently reviewed by Killam Associates. Dome-Tech Solar were responsible for the design and build on the newly installed solar system, using photovoltaic panels supplied by RWE Schott Solar.