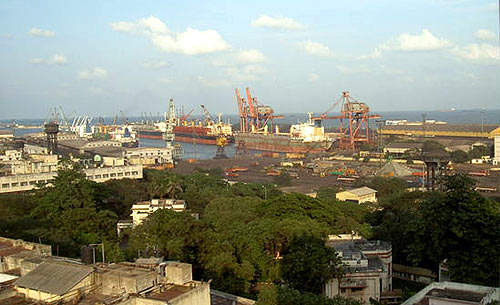 The port of Chennai; the city is the capital of Tamil Nadu state, India's fourth biggest city and the country’s third largest commercial / industrial centre. 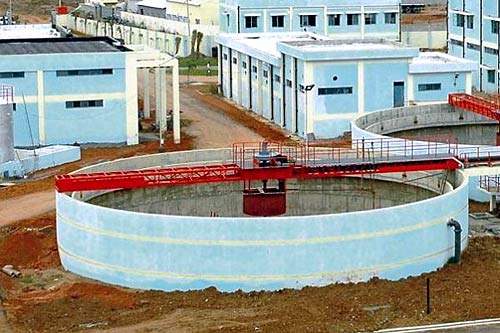 One of the plant's thickeners. The plant was designed to provide a highly efficient treatment, with minimal water losses and optimal land usage. 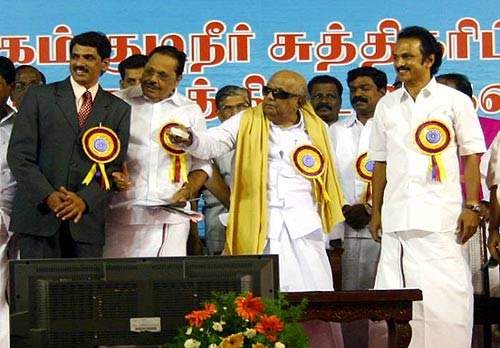 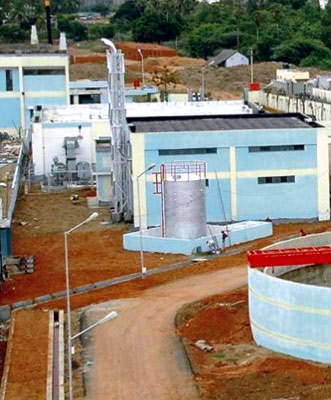 The new plant under construction. It is designed to meet the needs of around four million people out of the city’s estimated population of seven million. 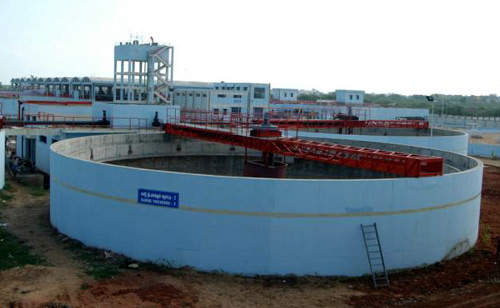 The new plant is one of a number or initiatives over recent years to ease the city's chronic water shortage. 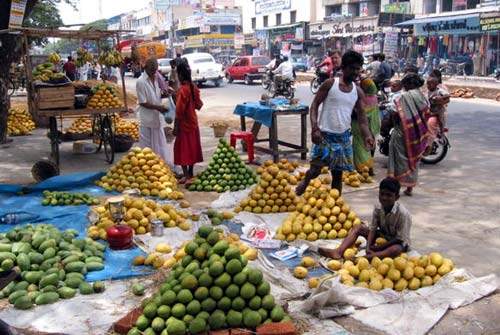 The streets of Chennai. Water drawn from the Chembarambakkam Lake forms the raw water feed for the new plant, but the essential irrigation supply is not affected. 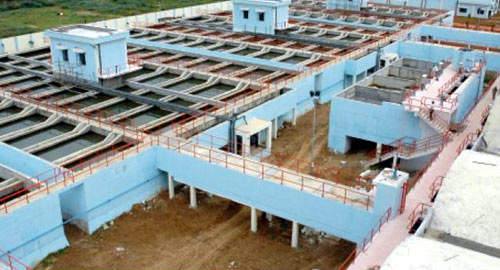 The new plant under construction; the facility was designed and built in 24 months.

With the formal inauguration of the new Chembarambakkam Water Treatment Plant (WTP) – the second largest of its kind in India – in July 2007, the city of Chennai took a major step towards putting its perennial water problems firmly behind it. Adding 530,000m³ per day, the new works – designed and built by Degrémont – bring the city’s total water treatment capacity to 1.28 million cubic meters per day.

The project involved building the plant itself, based on proprietary filtration and clarification technology, the installation of a SCADA control system and the construction of more than 15km of supply pipeline to link the new facility to city’s existing supply network.

Situated on the Coromandel Coast of the Bay of Bengal and with an estimated population of over seven million, Chennai – known as Madras until 1996 – is the capital of Tamil Nadu state, India’s fourth biggest city and the country’s third largest commercial / industrial centre.

Historically, the city has always faced a water supply problem, since it has no convenient large rivers to draw on, leaving Chennai over-dependent on the annual monsoon rains to top up local water reservoirs. In recent years, however, a variety of initiatives, including the Telugu Ganga canal, the New Veeranam project and an extensive programme of rainwater harvesting have made the situation significantly easier.

The Chembarambakkam WTP project gained its initial approval in 1996 and nine years later – in May 2005 – the Chennai Metro Water Supply and Sewerage Board (CMWSSB) awarded the contract to design, construct and operate the facility to meet the needs of the city’s growing population. The plant itself was designed and built in 24 months – construction being completed in the spring of 2007, followed by a three month trial run ahead of its formal opening by Tamil Nadu’s Chief Minister, Dr. Kalaignar M Karunanidhi. Degrémont are to operate the facility for the following seven years.

Raw water drawn from the Chembarambakkam Lake arrives at the plant and initially tumbles through a cascade feature, before flowing first to the distribution chamber and then into the pulsator clarifiers.

Flexible and compact, these units are specifically designed to be robust to variations in both flow and load, demanding very low power consumption and chemical usage with the further advantage that they are very easily maintained – significant considerations during the plant design phase.

From here, the treated off-take enters the filtration stage. Aquazur filters – one of Degrémont’s range of gravity filtration systems – reduce the water losses typical of conventional filters by almost 40% – allowing the plant to boast a total loss of less than one-and-a-half per cent overall.

Filtered product water flows to the plant’s treated water reservoir, before finally entering the city’s distribution system. Filter wastewater is conveyed to recovery tanks – settled solids entering thickeners along with solids from the clarifier stage, while the liquid is returned to the initial cascade. Solids from the thickeners are centrifuged and the sludge sent for disposal, while the recovered water is returned once again to the cascade. Plant operation is fully automated and managed using a SCADA system.

Some concerns have been expressed – principally by the environmental group, Exnora – that a lack of regulation of industrial effluents into the plant’s source water, Chembarambakkam lake, could see levels of persistent organic effluents rise. If so, this would inevitably threaten the quality of the treated water supplied to the city. However, a joint study recently conducted by the Tamil Nadu Pollution Control Board and the Public Works Department (CMWSSB) suggests that these worries are without foundation. With the plant recently entering service, the following months seem likely to see this issue resolved, one way or the other.

The project was sponsored by the Chennai Metro Water Supply and Sewerage Board, with Degrémont as main contractor, their long-standing Indian partner being ANAND. The new plant was funded by the Tamil Nadu Urban Finance and Infrastructure Development Corporation – an Indian Government development fund – to the tune of €18.7m with the French state providing the remaining €6.6m.