Contract Awarded by the City Council 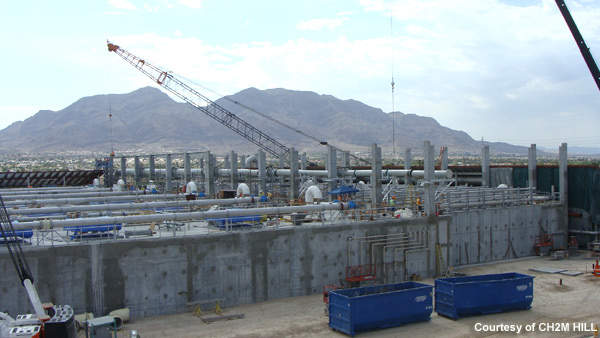 The City of North Las Vegas WRF is the largest MBR plant in North America. 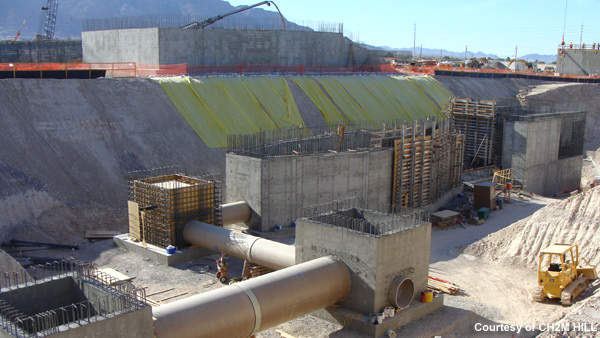 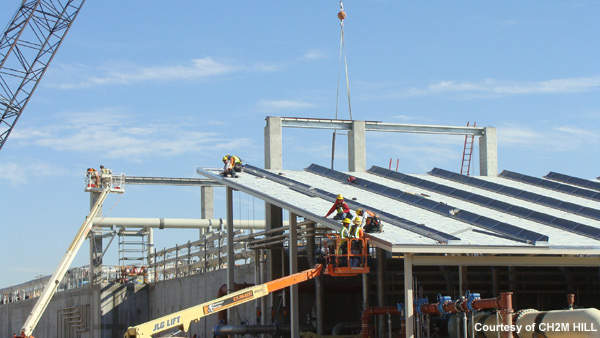 Construction of the WRF project was completed by May 2011. 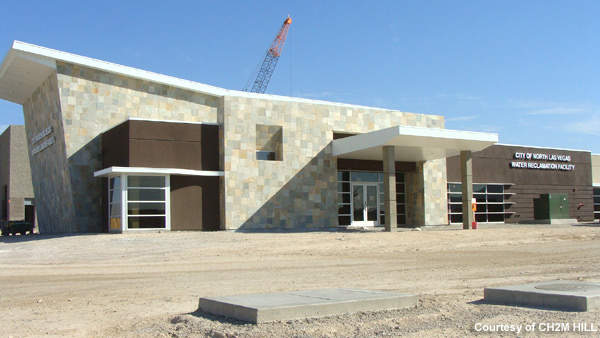 The WRF initially began operations with a 2mgd capacity and is slowly progressing towards its initial capacity of 25mgd. 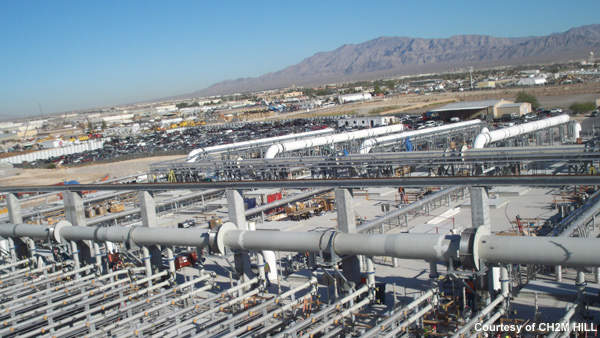 The WRF project was built by the joint venture of CH2M HILL, NEWCOM and Greeley & Hansen.

The City of North Las Vegas (CNLV) water reclamation facility (WRF) was constructed on 40 acres of land leased from the Nellis Air Force Base.

The $257m facility is located near the crossroads of Carey Avenue and Betty Lane. Construction of the facility was completed by May 2011.

The WRF started operating with an initial capacity of 2mgd and is slowly progressing towards its 25m gallons of waste water a day (mgd) capacity. It is also the largest membrane bioreactor (MBR) plant in North America.

The construction of the project was started in January 2009 with a ground breaking ceremony held in Carey Avenue. The project encouraged economic development in the region by creating employment for about 500 people.

It also generated new business in the form of supplies and technology. More than 800 people from across the country are engaged in providing the project with materials and equipment.

"The City of North Las Vegas (CNLV) water reclamation facility was constructed on 40 acres of land leased from Nellis Air Force Base."

The WRF project is the first in the state that is built under a construction manager at risk (CMAR) form of contract.

For on-time and cost-effective completion of the project, the city has partnered with a joint venture contractor, CNLV Constructors II.

The joint venture included CH2M HILL and NEW-COM. Greeley & Hansen is the project engineer. CMAR was chosen principally to manage the budget and maintain relationships between the project’s owner and engineer, architect and contractor.

The plant is constructed to accommodate the rapid population growth of the city and reduce the rising cost of purifying waste water.

Another main reason which led to the construction of WRF is that CNLV is required to treat all the waste water generated within the city limits according to Section 208 of the Clean Water Act. The act defined specific guidelines for area-wide waste management plans.

The new WRF, built by CNLV, treats all waste water generated within the city limits. The initial treatment capacity of the plant is 25mgd, which can be expanded up to 50mgd in future.

The North Las Vegas City Council approved the WRF in 2004. A site selection study for the project was held in March 2005 and an environmental assessment was conducted in November 2006. A request for preliminary proposals (RFPP) was issued in April 2007.

Preliminary technical proposals and written comments on the design-build agreement were submitted in September 2007. The project contract was awarded by the city council in December 2007.

Reclaimed water from the plant is used for turf irrigation and return flow credits to Lake Mead.

Depending on the quality of filtered water, it may also be used for the watering of livestock, industrial supply (commercial laundries, construction-related plants and for cooling at a co-generation plant), municipal and domestic supply and propagation of wild and aquatic life.

The nearby residential areas remain noise-free as the plant is not expected to produce much noise. Nature friendly chemicals such as citric acid, sodium hypochlorite and industrial strength bleach are used to treat waste water.

The WRF cost analysis that was carried out in October 2004 found the MBR process was considered the most suitable technology for the plant.

"The WRF started operating with initial capacity of 2mgd and is progressing towards its 25m gallons of waste water a day capacity."

The report stated that MBR is very stable, fits on a smaller footprint, can be more automated and has the lowest total cost.

In addition, MBR produces high quality effluent. The plant is equipped with ZeeWeed membrane bioreactor technology, to be supplied by GE Energy.

This technology uses a combination of micro filtration and bacteria to break down waste.

The incoming wastewater first enters the facility through a 10.65m deep, three-pump influent station. The influent is then passed onto a container building through adjoining headworks.

After grit screening, the water from the container building is made to pass through 12 concrete-lined MBR for treatment.

Before being dechlorinated, the treated water is disinfected with sodium hypochlorite at a contact building.