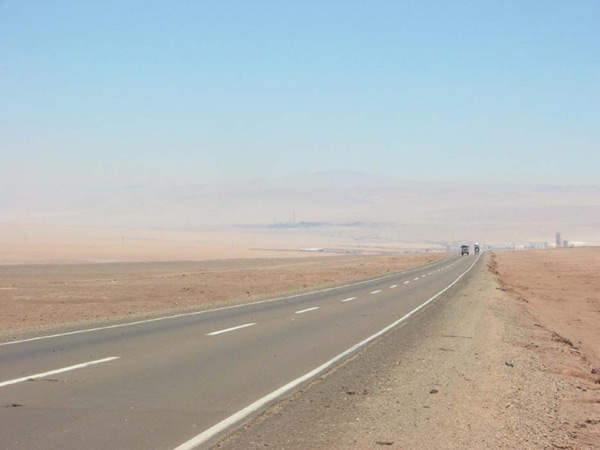 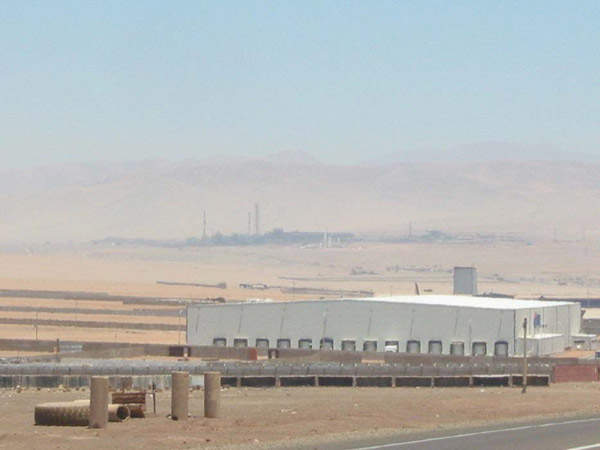 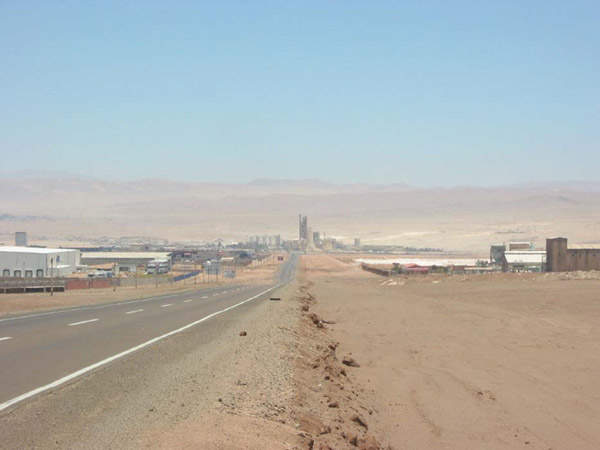 La Negra, with the Noranda Plant in the distance. 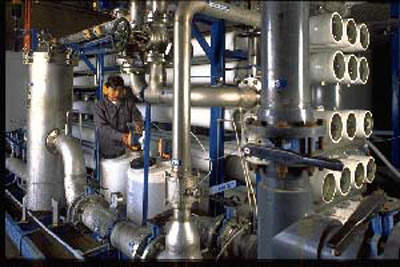 In March 2003 the Altonorte copper smelting plant near Antofagasta, in northern Chile, completed a $170 million expansion that started in 1998.

The expansion, which has the capacity to increase copper production from the current 160,000t/yr to 290,000t/yr, was only made possible by the introduction of a new water treatment process almost 40km away and a transmission system that transported water 600m above sea level to the plant.

Water from the wastewater treatment plant in Antofagasta began supplying industrial water to an area considered one of the driest places on earth in April 2002. This project is the first of its kind in Chile, where treated effluent is used to support the water needs of industry, and has made a positive contribution to both the environment and economy.

The $6 million industrial wastewater and transmission project, which was managed by Anglo-Dutch owned company Cascal, essentially treats wastewater that once polluted coastal waters and transports it to the north for industrial use where it is stored in local reservoirs.

The water is supplied from the existing BAYESA operation in Antofagasta via the newly developed 40km dedicated transmission pipeline, several pumping stations and reservoirs to elevate the water some 600m above sea level.

One of the requirements of this project was to provide an alternate supply of water in the event of a rising mains failure. The regional water utility Empresa de Servicios Sanitarios de Antofagasta (ESSAN) has agreed to supply water should any failure occur. This public-private partnership with ESSAN provides essential backup.

The sewage treatment plant at BAYESA currently treats all of the sewage from Antofagasta. Part of the treated effluent is discharged to the sea and part receives further treatment producing water of sufficient quality to be used for irrigation and industrial use throughout Antofagasta. This new operation means more sewage will be treated to a higher standard.

UK-based Cascal was the main contractor for the project. Construction began in December 2001 with Cascal using a number of local Chilean subcontractors including Montec, which supplied and constructed the 40km pipeline and pumping stations, as well as IMO, which installed all electrical works.

The transmission project, which has been presented to the Chilean Government as one of the projects for the Bicentenary of Chilean Independence, consists of 12km of rising main from the Grandon reservoir to the Salar del Carmen, designed to transport 120l/s. Two pumping stations constructed by Montec are used to take the water from 70m to 600m above sea level. Once the water reaches the Salar del Carmen, the treated water travels by gravitation to the Noranda facilities, 27km away. Supply is guaranteed 24hrs a day with the accumulation reservoir situated very close to the plant, and backup with the interconnection to ESSAN.

Situated in the northern desert regions of Chile, the city of Antofagasta receives potable water through a 350km pipeline from the Andes Mountains.

In the mid 1990s, Cascal carried out a complete refurbishment of the existing treatment plant and extensive upgrading of wastewater collection and treated water distribution systems. New construction works and reinforcement of existing sewers allowed interceptors to connect existing shoreline outfalls, transfer pumping stations and new collectors. Pumping stations were built in order to pump the city’s sewage water to main collectors, which then transport it to the pre-treatment plant. A new pre-treatment plant and a long sea outfall was built on site to process wastewater.

Antofagasta is one of the driest places on earth and water has always come at a premium price. Previous water resources for Noranda were supplied from wells in Yungay, approximately 100km from La Negra, which had a very high cost and limited supply.

In economic terms, copper is Chile’s biggest export, accounting for 40% of the world’s annual output. The existing restricted water supply had a direct impact on Noranda’s copper production. As a result of the new supply system Noranda has recently completed an upgrade of their plant to increase production capacity.