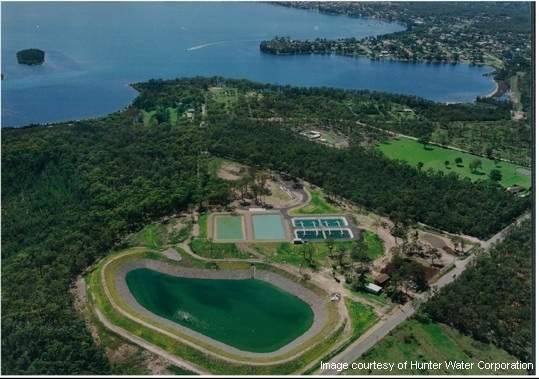 Aerial view of the Dora Creek Wastewater Treatment Plant prior to the upgrade. 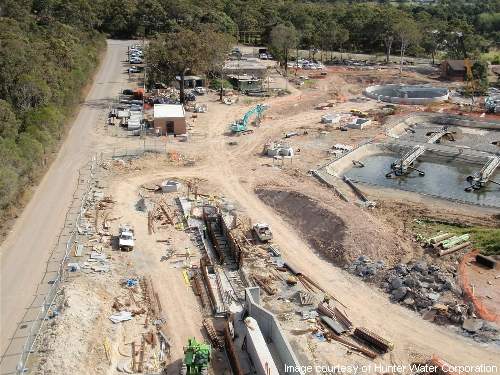 The upgrade commenced in November 2008 and was completed in 2010 at an investment of $30m. 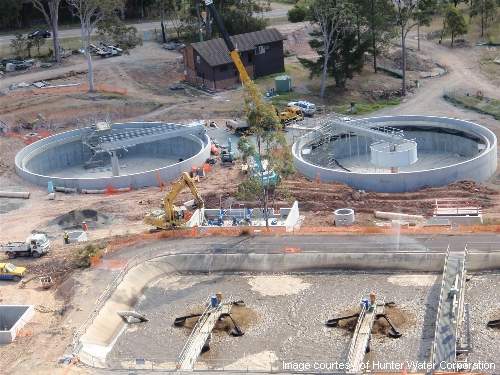 The upgraded plant caters to an equivalent population of 48,000.

Dora Creek Wastewater Treatment Plant (WWTP) was constructed in 1994 to serve 24,000 people. An upgrade to the plant was completed in September 2010 at an investment of $30m.

With a treatment capacity of 3.1 Mega litres a day (MLD), it can now cater to an equivalent population of 48,000.

The plant is located in Dora Creek, a small rural suburb of the City of Lake Macquarie, New South Wales (NSW), Australia.

Hunter Water owns and operates the plant. It is a state-owned corporation (SOC) and is responsible for providing water and wastewater services to approximately 500,000 people living in the lower Hunter area.

Purpose of the Dora Creek project

The WWTP was originally built to treat the wastewater produced by an equivalent population of 24,000. All the treated effluent was transferred to Eraring Power Station for reuse. The Eraring Power Station is a coal-fired power station located on the western shore of Lake Macquarie in NSW.

Its construction was started in 1979, with the first generating unit becoming operational in 1982. The second and third units were commissioned in 1983 and the fourth unit entered service in 1982.

In 2008, Hunter Water discovered the plant was fast reaching its full treatment capacity and required a capacity upgrade in order to deal with the present population and the future growth.

The upgrade project commenced in November 2008 and was accomplished in 2010. It involved construction of new inlet works, a septage receiving facility, new soil bed filter and two new clarifiers, a power supply upgrade, a new switch room and additional road works. The two existing aeration tanks were modified to act as bio-reactors and the associated new mechanical and electrical equipment was also installed to deal with the increased capacity.

The existing effluent main was extended from Eraring to Rathmines Wastewater Pumping Station. The plant upgrade has ensured long term water supply for the power station.

The upgrade work was designed by Parsons Brinkerhoff and constructed by Abergeldie. The project was managed by Hunter Water Corporation.

Facilities at the wastewater complex

All the recycled effluent from the Dora Creek WWTP is transferred to the Eraring Power Station for reuse as feedwater to the plant’s high pressure boilers. Before being reused, the treated water is further processed at a water reclamation plant located at the power station. Here, the water is further filtered and purified using a combination of micro-filtration and reverse osmosis system.

The biosolids produced at the WWTP are used for the restoration of mine sites. The screenings are washed, de-watered and dumped off-site.

The recycled water can also be used for residential, irrigation and agricultural purposes.

Wastewater is first sent to the plant’s inlet works for screening of materials that are larger than 5mm. This screening is achieved by using a process involving an automatic mechanical screen and grit removal.

"The plant is located in Dora Creek, a small rural suburb of the City of Lake Macquarie."

At the inlet works, the foul air is removed and pumped through soil bed filters. After passing through screening, the screened water is sent to biological reactors.

Naturally-grown bacteria in the biological reactor decompose the suspended solids, organic matter, oil, nitrogen and phosphorus present in the wastewater.

In the next stage of biological treatment, water from the biological reactor is transferred to clarifiers.

The processed sludge settles down to the floor of the clarifiers, while the treated wastewater passes over weirs and flows into a large effluent balance dam.

The biosolids produced as a result of the sewage treatment are treated in two sludge lagoons.