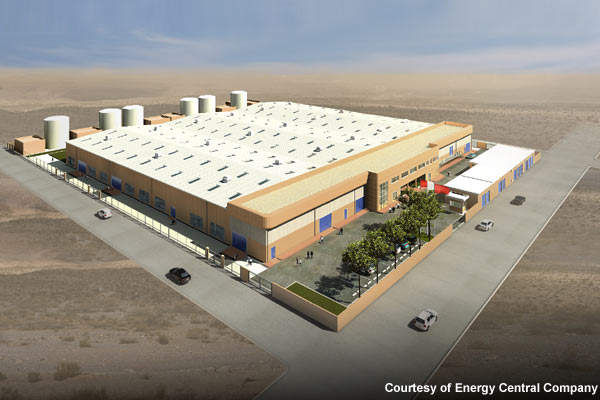 The proposed building for the Durrat Al Bahrain desalination plant and ancillary works. 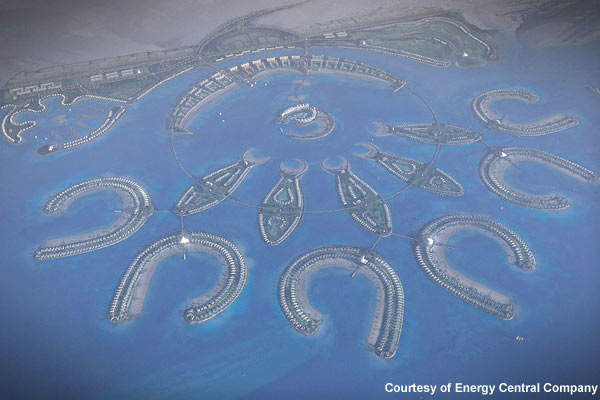 The Durrat complex hopes to attract more than 45,000 residents and over 4,000 visitors daily. 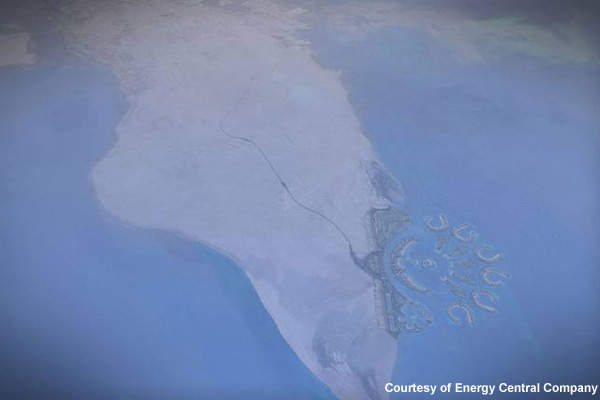 Durrat Al Bahrain is a prestigious island and resort development that sits on the Bahrain coast. 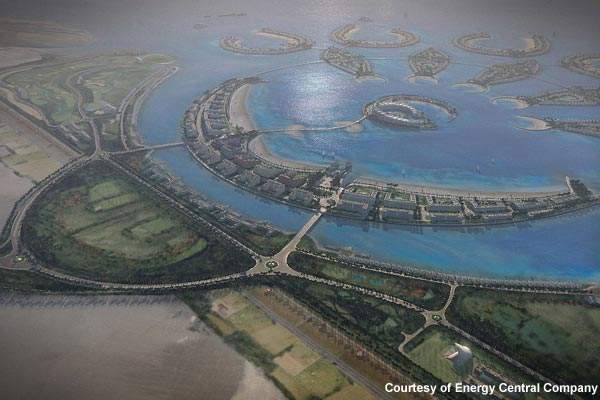 Durrat Al Bahrain is a prestigious island and resort development in the south of the kingdom with a total investment value of $6bn. Owned by the Durrat Khaleej Al Bahrain Company – a joint holding between the Government of the Kingdom of Bahrain and Kuwait Finance House – when complete it will equal the size of Bahrain’s capital city, Manama.

Offering an island-based urban lifestyle, when it is completed in 2010 it will attract more than 45,000 permanent residents and more than 4,000 daily visitors. When finished, it will offer 12 islands, luxury villas, a five-star hotel, a 400-berth marina, a water park and an Ernie Els golf course.

The desalination plant will be located on the mainland away from the main resort and will offer a constant water supply. This will help ensure that all gardens and outdoor facilities such as parklands and sporting facilities are always well irrigated.

Jassim Al-Jowder, Durrat Al Bahrain chief executive said that ECC became the winner of the 25-year contract because of its eco-friendly approach. “One of the unique characteristics of Durrat Al Bahrain is that it offers distinctively green surroundings and it is crucial for us to choose suppliers who offer environmentally conscious solutions,” he explained.

The plant will be a seawater reverse osmosis (SWRO) plant, the preferred system for large-scale projects because of its flexibility. Its installation will be staged to suit the differing phases of the resort’s development.

Energy Central chief executive Khalil Issa said: “We are ever mindful of the environment and ensure that all our plants comply with international environmental standards.”

In March 2009, Nass Contracting was awarded a $7.9m contract by ECC to build the infrastructure and ancillary works for the desalination plant. The construction supervisor for the project is WS Atkins.

As a temporary measure, ECC has purchased a SWRO plant from TSI Asia, a Thai-based company specialising in custom-designed membrane process systems. The total capacity of this is 1,000 cubic metres a day (CMD) with pre-treatment. ECC also expects a further 1,000CMD plant from Saudi-based AES Arabia Ltd.

“Pre-engineered buildings were chosen in the hopes that part of the SWRO plant will be up and running before the start of 2010.”

The permanent plant will be built in three phases, each with a capacity of 12,000CMD.

The first phase of equipment is already being manufactured and strategic areas are scheduled to be completed by September 2009. This element of the contract includes buildings to house the plant as well as storage tanks, pipes and offices.

ECC is adopting a fast-track procurement strategy and to speed up the construction, pre-engineered buildings were chosen in the hopes that part of the SWRO plant will be up and running before the start of 2010.

TSI Asia is headquartered in Bangkok and has license to build and distribute systems in the US.

As well as being involved in the desalination project, Nass Contracting is also working on Phase 1 construction and rectification of the Durrat Al Bahrain infrastructure and the build of the King Hamad General Hospital in Murarraq.

The master planner and architects of Durrat Al Bahrain is WS Atkins.