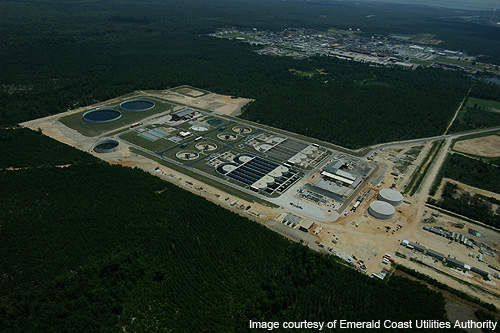 The CWRF is the biggest government project in Escambia County. 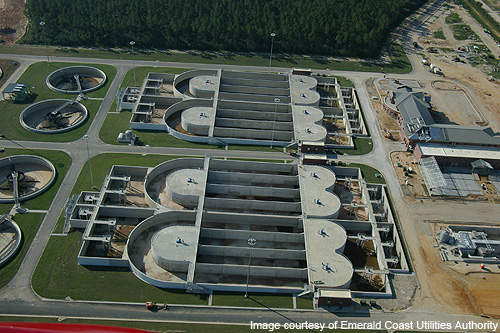 The CWRF is equipped with four biological nutrient removal tanks. 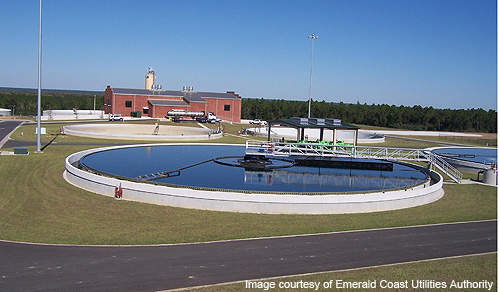 The facility includes centre-feed, circular clarifiers to remove solids from the wastewater. 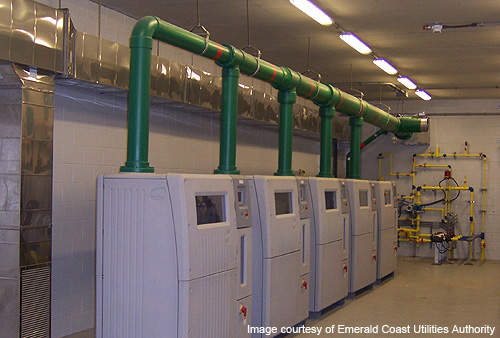 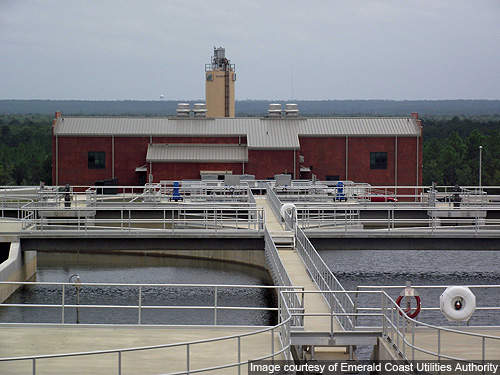 The biosolids building at the facility. 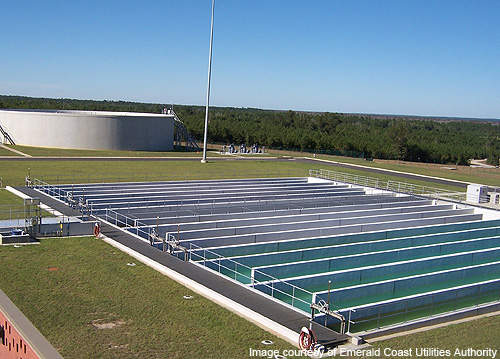 Chlorine chambers at the CWRF. 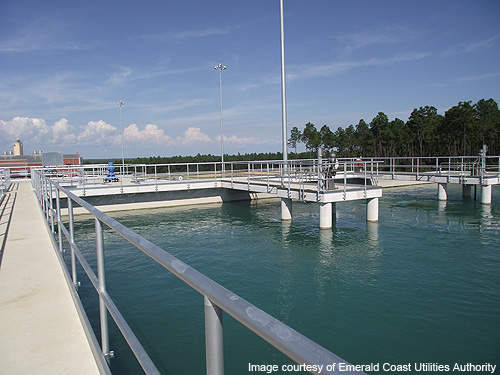 BNR Tanks of the facility. 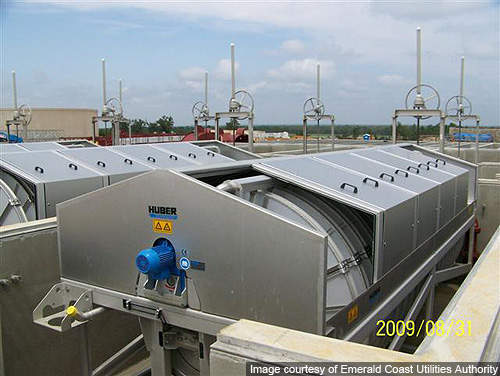 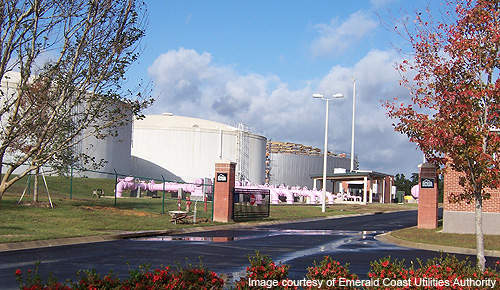 The CWRF has two effluent storage tanks with a third under construction. 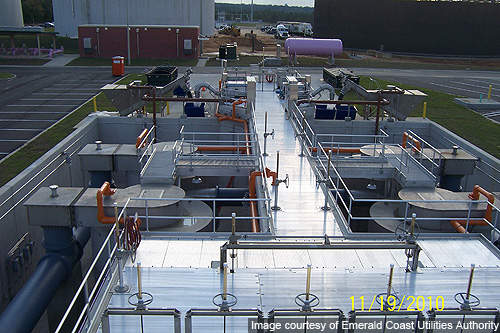 Influent headworks at the facility.

The CWRF is the biggest government project to be carried out in Escambia County. The plant is spread over 327 acres with an additional 2,000 acres being acquired by ECUA for buffering and future expansion.

The facility was built with an investment of $316m and can process 22.5m gal. of water a day. Construction of the plant was started in April 2008 and completed under budget, costing $8m less.

The MSWTP, situated near Pensacola Bay, was built in 1937. Over the years, the MSWTP underwent wear and tear, making it fall short of the requirements of the Florida Department of Environmental Protection. The residents of the area near the MSWTP also faced odour problems for several years.

In 2003, ECUA conducted a feasibility study to determine the options for upgrading or replacing the MSWTP. The study found the replacement of the old plant with a modern facility as an ideal solution. In addition, Hurricane Ivan damaged the MSWTP in 2004, underscoring the need for a new plant.

“The MSWTP, situated near Pensacola Bay, was built in 1937.”

The site for the new plant was chosen above the Category 5 flood elevation to avoid the problems faced by the old plant. The location of the plant was also chosen away from residential areas to avoid the spread of odour. The plant has been built to resist hurricane force winds.

ECUA will be able to cut down on operational and maintenance costs and address the problem of odour.

All the reclaimed water produced by the CWRF will be reused, eliminating the need for discharge into surface water. The plant will supply its treated water to Gulf Power and International Paper for industrial use.

The CWRF is controlled by a computer / electrical system comprising 10 electrical buildings, each housing a computer for a particular process. The facility features two tanks with a capacity to hold 2m gal. of effluent. A third tank with a capacity of 4.6m gal. is under construction and is expected to be completed by March 2011.

About 25 miles of pipeline with a diameter of 54in has been laid on the site. The plant features 40 structures, 175 different process instruments and 1,300 valves. Four regional lift stations, including one at Government Street and Pipeline Road, are also part of the project.

Hurricane Ivan had forced the old plant to be shut down for three days, resulting in the discharge of raw sewage on to the streets. The CWRF is equipped with redundant power and storage systems to ensure that it remains operational during adverse conditions.

A 60-acre wet weather storage pond with a capacity of 65m gal. was also built at the plant. The pond can store four days worth of regular wastewater flow if the plant were to fail.

The wastewater is screened to remove inorganic debris before it is fed into the plant. This process protects the downstream equipment from damage.

Screening is followed by grit removal in sand, gravel, sticks and other inorganic substances are removed from the wastewater. The plant is equipped with the Grit King tangential vortex grit chambers supplied by Hydro International.

“Baskerville-Donovan and Hatch-Mott MacDonald developed the facilities plan for the plant.”

Filtration involves the use of polyester resin panel filters to remove solids which do not settle during the clarification process.

In the last step, the effluent is disinfected by adding chlorine. The AWT quality effluent is then transported for reuse.

The plant features odour control units at the screening, grit removal area and biosolids handling facilities. These units will help in reducing odour generation and release.

Chemical wet scrubbers have been installed at all these areas of the plant to control odour.

Baskerville-Donovan and Hatch-Mott MacDonald developed the facilities plan for the plant. Atlanta-based Brasfield & Gorrie was the lead contractor for the project.

Screens for the pre-treatment of wastewater were supplied by Huber Technology.