Formwork holds the clarifier tanks in place before concrete is placed over the rebar at the Fallujah WTP. 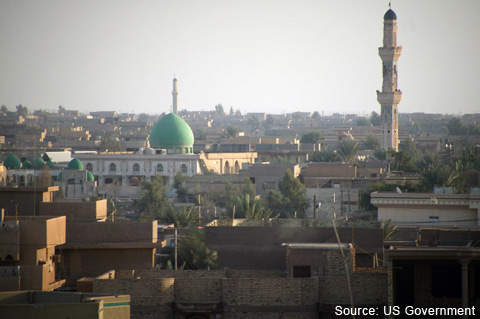 Only around 6% of Iraq's 27.5 million population are served by WTPs. 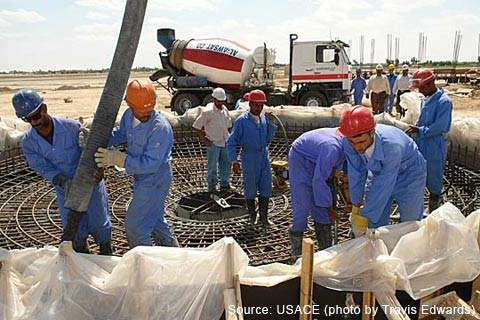 Iraqi workers placing concrete for the clarifier tank at the WTP. 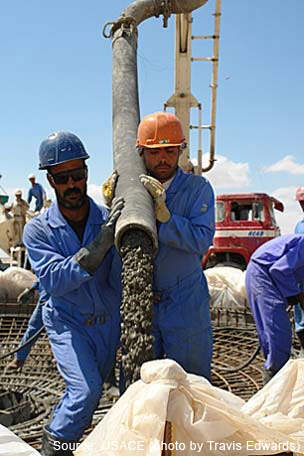 The project will provide up to 700 jobs. 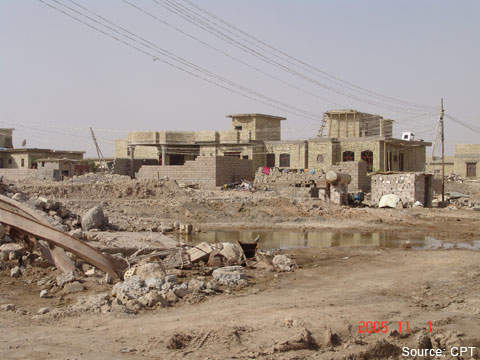 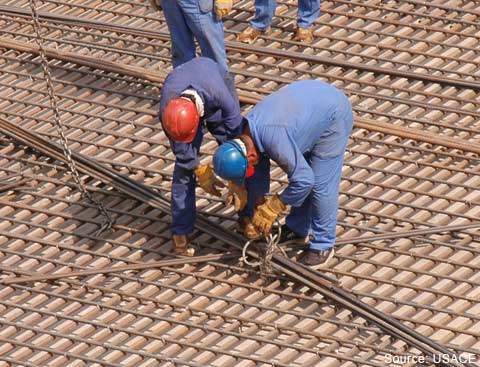 The scheme will provide Fallujah with its first-ever wastewater treatment plant and collection system. 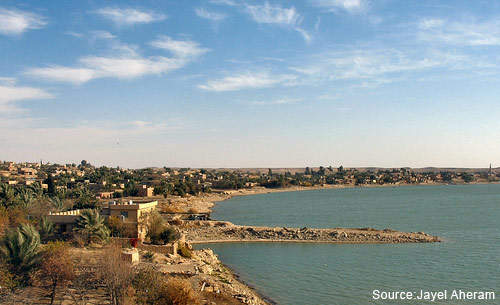 Discharged wastewater into the Euphrates has caused prolems of contamination. 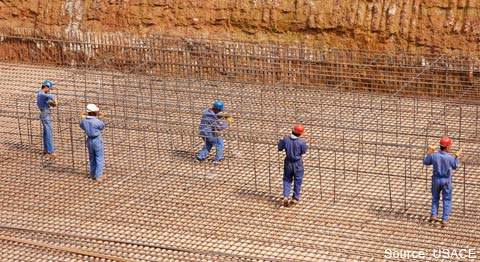 Some of the 450 Iraqis currently working on the project. 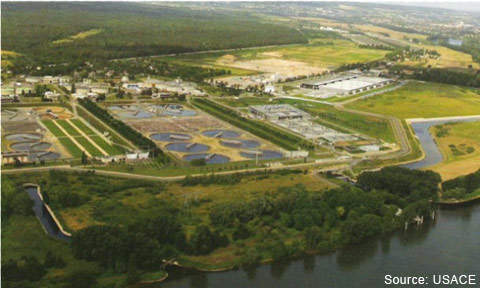 Aerial shot of the plant 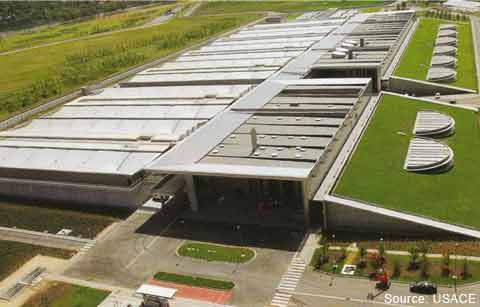 The plant from the air.

Having begun its operations in April 2009, Fallujah’s first-ever integrated sewerage system is the largest project to be overseen by the US Army Corps of Engineers in Al Anbar Province, and forms part of the extensive reconstruction programme of post-war Iraq.

The main element of the project is the city’s new wastewater treatment plant (WTP), which has sufficient additional capacity to accommodate a 50% population growth.

Other components of the scheme include the provision of an extensive collection system, a trunk main sewer and associated pumping stations.

The final project cost is about $100m.

Currently, only around 6% of Iraq’s 27.5 million population are served by wastewater treatment plants. Located some 69km west of Baghdad on the River Euphrates, Fallujah – like many of the country’s cities – relies on individual septic tanks. This has often led to raw sewage leaking directly onto the streets or into storm drains, which ultimately discharge into the river. With the Euphrates offering an important source of drinking water to settlements downstream, there are clear problems of contamination.

The project seeks to rectify this issue while providing much needed jobs in areas of high unemployment. Around 450 Iraqis have been working on the project throughout 2007, with an additional 250 joining in 2008.

The sewerage system includes the installation of 30,000m of sewer lines in the south-west of the city, and will initially serve about 3,000 homes. However, this represents only the first phase of an ambitious city-wide system that will ultimately extend to connect all of Fallujah’s households to a central sewer network.

The work is made of 13 separate contracts and involves both city and national officials in addition to the project management team and contractors. Once the project has been completed, these same officials will eventually take over operation and maintenance of the new sewer system.

“The sewerage system includes the installation of 30,000m of sewer lines in the south-west of the city.”

There will be two large capacity pumping stations – capable of handling flows of around 150,000m³ per day – have been constructed to pump wastewater from five collection systems to a trunk collection network, which forms the backbone of the new infrastructure.

Treatment at the new WTP follows an essentially conventional approach of screening, biological processing and settlement. On arrival at the plant, influent wastewater will pass into inlet tanks before flowing onto aerated grit and oil removal tanks.

The flow will then pass through aeration tanks towards the settling tanks. Settled solids will be removed for separate disposal, while the effluent is disinfected in a chlorination contact chamber before finally being discharged into the Euphrates River.

To ensure the long-term viability of the new plant and infrastructure, a team of engineers and other specialists are working throughout the project to check the quality of the ongoing construction and promote safe working practices – issues seen as key to the project’s success.

Ultimately, the provision of centralised sewage treatment will bring major benefits to Fallujah, improving public health and reducing pollution to one of the region’s major waterways.

The project sponsor is the Government of Iraq through the Ministry of Public Works, with project management and ultimate oversight being the responsibility of the US Corps of Engineers.

Construction is being undertaken by Iraqi contractors and a local workforce, with additional supervision from a team of Iraqi engineers.

Stuart Bowen, the special inspector general for reconstruction released his report on the sewerage system in October 2008. Bowen went into the details of what went wrong with the Fallujah Sewerage System. The sewerage project was already delayed by three years and costs increased to three times the expected figure.

The report observed that staggering waste, endless delays, US and Iraqi incompetence in contracting and administering the job, suspected sectarian discrimination, intense violence and worse-than-poor contractor performance contributed to delaying the start of the sewerage plant at Fallujah.

Since the project’s commencement in 2004 the Fallujah Sewerage plant has been redesigned twice. Iraqi officials expressed opposition, considering the lagoon-style facility to be “third world” and “stinking”. Later the second design, which relied more on the utilisation of oil-run generators, was considered unfeasible owing to rising oil prices and the need for continuous oil supplies.

The work contractors rejected the use of workers from outside Fallujah. Quality was compromised as the local contractors had no experience in building a wastewater treatment plant. Above all, payment for the construction became an unanswered question, with US Embassy officials frozen in “indecision” over budget allocation to the project.

Bowen’s report has redrawn timelines for completion of the Fallujah Sewerage system. According to the report it will take another 56 months to serve only 9,300 homes of the planned 24,400, or about 38% of Fallujah’s residents.