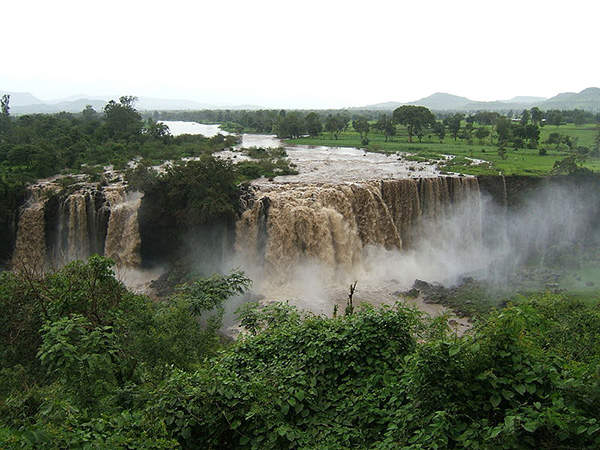 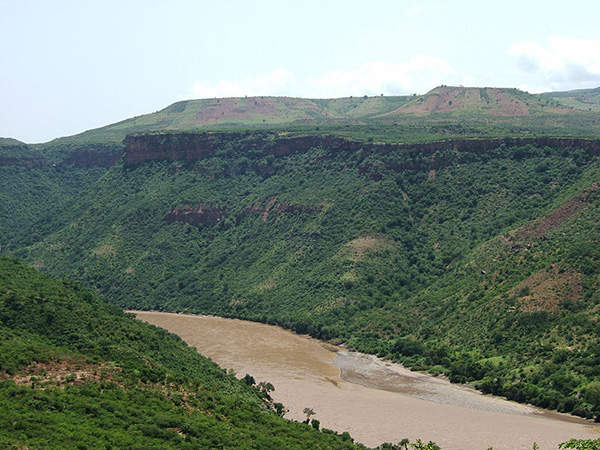 The diversion of the Blue Nile river through four new culverts is underway. Image courtesy of Giustino. 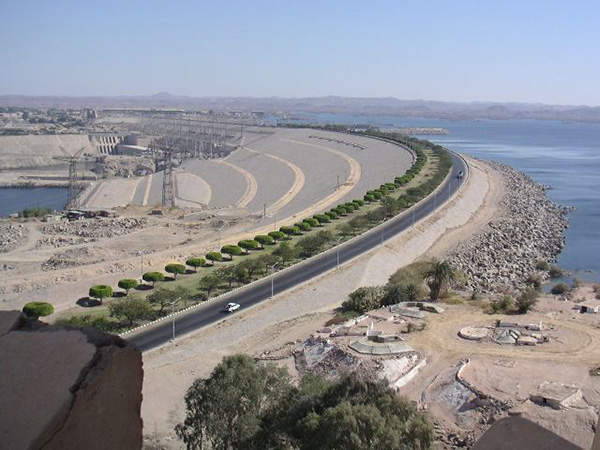 Grand Ethiopian Renaissance Dam, when completed, will reduce the capacity of the Aswan High Dam, helping to save about six billion cubic metres of water. Image courtesy of Hajor. 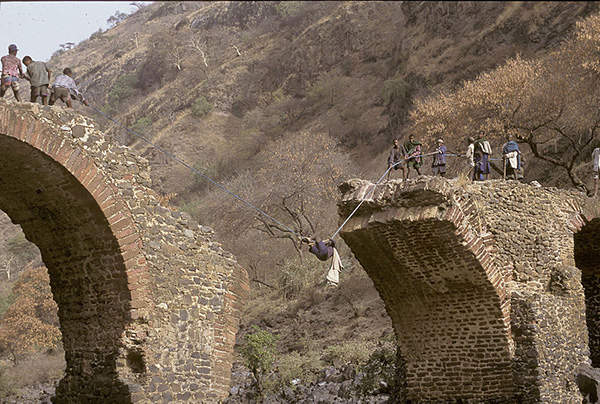 The dam will also serve as a bridge across the Blue Nile. Image courtesy of Kenneth Frantz.

The Grand Ethiopian Renaissance Dam (GERD), formerly known as the Millennium Dam, is under construction in the Benishangul-Gumuz region of Ethiopia, on the Blue Nile River, which is located about 40km east of Sudan. The project is owned by Ethiopian Electric Power Corporation (EEPCO).

“A tripartite committee was formed in 2012 to promote understanding and look into the benefits and impacts the project would have on the three countries.”

Construction of the Grand Renaissance Dam started in April 2011 after the ETB80bn ($4.7bn) engineering, procurement and construction (EPC) contract was awarded to Salini Costruttori.

The Grand Ethiopian Renaissance Dam project is expected to be completed by July 2017. The people and Government of Ethiopia are funding the project, which will not only serve Ethiopia, but Sudan and Egypt as well. The latter two countries depend on the Nile River for their water although 85% of the river flows in Ethiopia.

The dam’s construction is expected to create up to 12,000 jobs. Approximately 20,000 people will be resettled during the course of the project.

The reservoir and dam will offer major benefits to Ethiopia, Egypt and Sudan. Egypt has for a long time held the major ownership of the water from the Nile River and prevented Ethiopia from constructing a dam. Egypt depends on the Nile for 90% of its water needs.
A tripartite committee was formed in January 2012 to promote understanding and look into the benefits and impacts the project would have on the three countries.

Aimed primarily at generating power, with an expected capacity of 6,000MW, the main and saddle dams will also create reservoirs with an impounding capacity of 74 billion cubic metres.

“The planning phase of the project was carried out under a name called Project X, which was later changed to Millennium Dam.”

The dam will be capable of handling a flood of 19,370 cubic metres per second, will reduce alluvium in Sudan by 100 million cubic metres and also facilitate irrigation of around 500,000ha of new agricultural lands. It will also reduce approximately 40km of flooding in Sudan, upon its completion.

Water evaporation from Aswan High Dam, as well as other dams in Ethiopia, equates to around 19 billion cubic metres. Grand Ethiopian Renaissance Dam will reduce the capacity of the Aswan High Dam, therefore saving about six billion cubic metres of water.
The dam will also serve as a bridge across the Blue Nile, which features a small number of bridges and few pedestrian bridges.

Construction of the new Naga Hammadi barrage was completed in the spring of 2008.

The site of the dam was identified when the US Bureau of Reclamation first made a survey of the Blue Nile river between 1956 to 1964.

Two site surveys were also carried out in October 2009 and between July-August 2010, with the design being submitted in November 2010.

The Government of Ethiopia kept the design phase of the project secret until one month prior to the laying of the foundation stone for the Renaissance dam project.

The planning phase of the project was carried out under a name called Project X, which was later changed to Millennium Dam and finally to its present name.

Construction of the Renaissance dam across the Blue Nile

The Grand Renaissance dam will be a roller-compacted concrete (RCC) gravity-type, comprising of two power stations, three spillways and a saddle dam.

The main dam will be 145m high and 1,780m long. The reservoir, with a surface area of 1,680m2 at full supply level (FSL), will be formed in the middle section of the dam, between the left and right banks.

Gated spillways fitted with six radial gates will be located on the left-side of the main dam. Each gate will have a capacity to discharge 2,450m3/s of water at probable maximum flood occurrence.

The saddle dam supporting the main dam will be 4,800m long and 45m high. It will have an emergency side spillway to discharge water directly into the Roseires reservoir.

The two outdoor power stations, with installed capacities of 3,750MW and 2,250MW, will be located on either banks of the river. The power houses include 16 generating units of 375MW each.

A 500kV switchyard will also be constructed to transmit power from the power stations to the grid.

Approximately half of construction work was completed by December 2014. The 700MW first stage of the dam is scheduled to be operational by 2015.

Alstom signed a €250m contract with Metals & Engineering Corporation (METEC) to supply turbines, generators and all electromechanical equipment for the hydropower plant of the Grand Renaissance Dam.