The first part of ECLSS, launched on Shuttle Discovery

Canada, Japan, the European Space Agency, Russia and the US 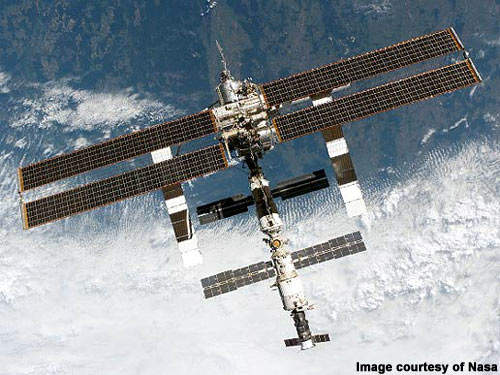 The International Space Station – a collaborative venture involving 16 nations. The new water reclamation system will enable the crew to be doubled. 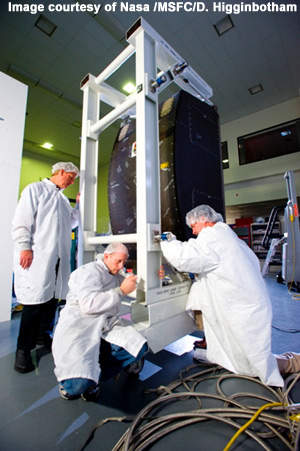 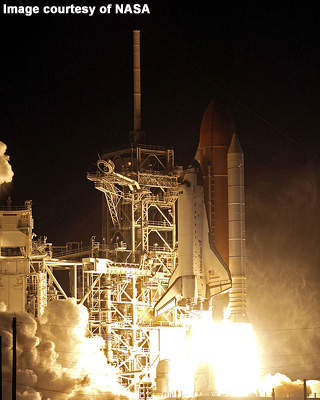 The Space Shuttle Endeavour blasts off on 14 November 2008 to begin the STS-126 mission, with the water recovery system safely aboard. 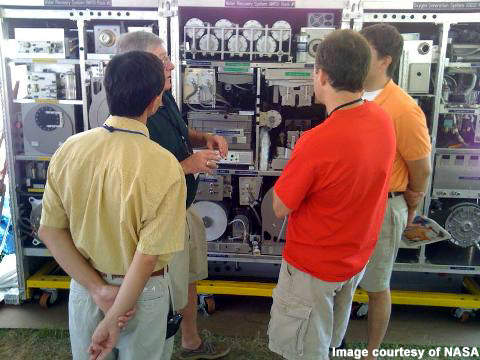 With the arrival of the new water recovery system (WRS) in November 2008, the International Space Station (ISS) moved closer towards its planned increase in crew and mankind took another small step towards the exploration of deep space.

Reducing the need to be resupplied from Earth, the system will decrease the quantity of water and consumables required to be launched by about 6.8t a year and help make it possible for twice as many people to be accommodated on board.

The reclamation unit is the second part of Nasa's regenerative environmental control and life support system (ECLSS) designed for the station and forms a main component in increasing the three-person crew to six in May 2009.

Located in the Destiny Laboratory aboard the ISS, the system forms part of a $250m ‘home improvement’ project, which also included a $19m Russian-built space toilet, which will integrate with the new water recovery unit.

“The system will decrease the quantity of water and consumables required to be launched by about 6.8t a year.”

By the end of the 1960s, as work towards JF Kennedy’s pledge of putting a man on the moon by the end of that decade culminated in the historic Apollo 11 landing, it had become apparent that the future of human space exploration would require systems to recycle water and oxygen to be developed.

As the concept took shape, the provision of reliable and effective life support was quickly seen as pivotal not only for use on planned space stations but also for full-time living on a permanent base on the moon or for long-haul missions into deep space.

With the advent of the ISS and the intended retirement of Nasa’s fleet of three aging shuttles – due in 2010 – the ECLSS project received further impetus, since the replacement vessels were to be smaller and only able to accommodate a lighter payload. With carrying capacity thus prioritised, reducing the weight of supplies needing a ride to the space station meant that more scientific experiments or other equipment could be carried.

The first element of the closed-loop life support system – the oxygen generator – was delivered in July 2006 aboard the space shuttle Discovery. On 14 November 2008 Endeavour launched from pad 39A at the Kennedy Space Center, carrying the WRS as part of Nasa’s STS-126 mission.

The water reclamation unit initially ran into problems that required the mission to be extended by an extra day became fully operational on 25 November.

The WRS recycles urine and washing water used by the onboard astronauts to provide potable supply. Water is initially reclaimed from urine using distillation, the process taking place in a purpose-built rotating distillation unit that compensates for the station’s absence of gravity, thus facilitating the separation of liquids and gases in the zero-g environment.

After the distillation phase, this water is combined with the other wastewater streams and enters the water processor assembly itself for treatment.

Here free gas and solids, such as hair, are removed from the wastewater before the flow enters a series of filter units. Subsequently any remaining micro-organisms, organic inclusions or other contaminants are removed by high-temperature catalysis.

“The water recovery system will make it possible for twice as many people to be accommodated on board.”

The resulting water meets the highest standards for potable use. To ensure that the system will reliably provide for the planned forthcoming expansion in crew numbers, water samples will be quality tested every four days for about three months.

Reclaimed water has another significant role in the ISS life support systems, being capable of feeding the station’s oxygen generator. This system – the first part of the ECLSS to be deployed – uses electrolysis to split liquid water into its chemical components, liberating oxygen and waste hydrogen. The oxygen generator had been tested after its arrival, and then mothballed until Endeavour delivered the WRS.

While these developments mark a big advance in the future of humankind in space, they also offer promise of more Earthbound benefits, with the technology developed by Nasa for the WRS having already been used to provide clean drinking water in a number of developing countries.

Engineers at the Nasa Marshall Space Flight Centre in Huntsville, Alabama and from Hamilton Sundstrand Space Systems International were responsible for designing and developing the unit for the ISS. The ISS itself is a collaborative international venture, the partners being Canada, Japan, the European Space Agency, Russia and the US, with additional equipment being supplied by Brazil and Italy.