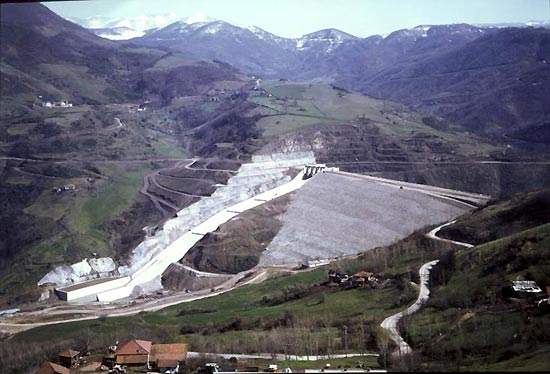 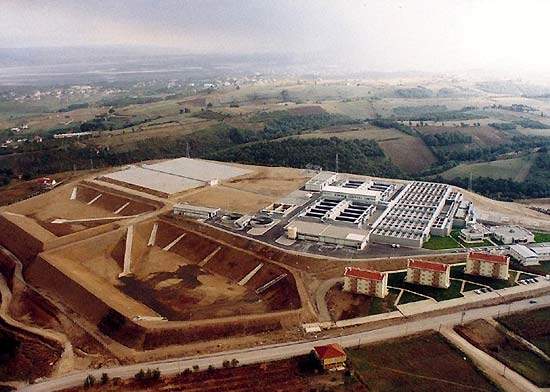 Izmit’s water supply in northern Turkey is the world’s largest privately financed water supply project and the country’s first water Build Operate and Transfer (BOT) contract. The Thames Water-managed system serves a population, currently at 600,000, which is expected to increase to 1.6m by the year 2020.

The project went into commercial operation in January 1999, with the new system being operated by Thames Water for the next 15 years.

The project was constructed in a region of northwest Turkey situated at the eastern end of the Sea of Marmara, 78 miles from Istanbul.

Since the late 1970s, the Marmara coastline has developed into a major industrial centre with numerous power stations, cement works, oil refineries and paint works. To fulfil its true potential it needed to improve what was generally considered a poor water supply.

The brief for the Izmit Domestic and Industrial Water Supply Project was to guarantee a stable supply of water to help regenerate the region.

The system begins in the hills south of Yuvacik with the massive clay-core earth filled dam. From here the water is delivered through 5km of 2.2m-diameter steel mains to the treatment works. Treated water is transported through a 90km-long steel trunk main before distribution into a series of service reservoirs from where it enters the local Izmit distribution system en route to Istanbul.

Engineering consultants, WS Atkins used a hydraulic design software package called AUPHYAS to ensure that the potentially massive head of water would not cause problems downstream of the Yuvacik Dam. In addition to surge analysis, the software was also used to predict steady state and operational transient conditions. Pressure waves in pipelines of this size can travel at speeds of over 1km/sec. For every m/sec of water rejected there may be a pressure rise of around 10 bar. Consequently, accurate modelling is essential to ensure safety.

The treatment plant is manually controlled by locally recruited staff that are trained by the designers.

The plant flow is 480ml/day maximum and 389ml/day average, and guarantees to supply a minimum of 142 million m³ of water annually.

The 90km steel trunk main varies from a 2.2m diameter at the plant to a 1.2m at its furthest point, just 12km short of Istanbul at Gebze.

42km of ductile iron branch mains, varying from 900mm down to 250mm diameter, carry the water to a series of sealed, reinforced concrete reservoirs along the Marmara coastline. From there, the local distribution system is used to deliver water to customers.

Flow through the mains is mostly induced by gravity, with the exception of booster pumps on three of the branch lines and two large pumping stations at Tavsancil and Gebze, which have been added to boost pressure. By the time water reaches Tavsancil, the driving head has reduced considerably; thus pumps lift water to a brick built pressure tank which then supplies water at sufficient pressure to feed the system until Gebze.

Gebze is effectively the end of the network, where the last pumping station lifts water to a 15,000m³ reservoir. In total, there are 24 reservoirs along the supply network, many of which were existing reservoirs fed by local springs and run-off. Izmit Municipality’s Water and Sewerage Authority (ISU) is responsible for the local distribution of water.

The construction team, which included Taylor Woodrow, had to build the network with quite tight limits regarding the amount of land used (12m to 15m strips). The pipes were manufactured by Europipe and supplied by Klockner. Europipe used different machines for the different sizes of steel pipe, which were made by spiral welding coils supplied by French steel company, Imetal.

During construction more pre-fabricated pipe bends were required than expected, so Gama had to build some of the pipe bends on site. The majority of the trunk mains are welded steel with butt joints to withstand any ground movement. For smaller diameters, ductile iron pipes from Stanton were used.

The project was financed by loans from Izmit Su AS, which was the joint venture between Izmit Municipality, UK-based Thames Water, Turkish contractors Gama Endustri and Guris Insaat, and Mitsui and Sumitomo of Japan.