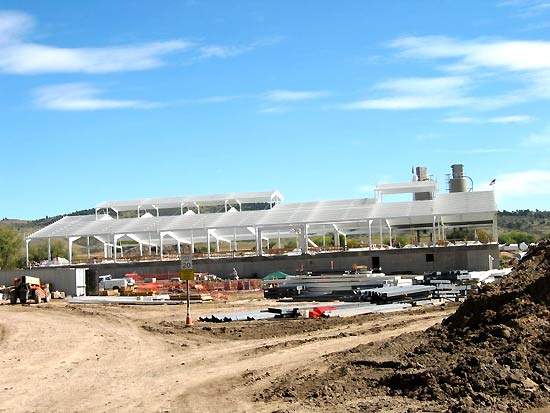 The new WTP is the single largest public works project undertaken by the City of Longmont to date. 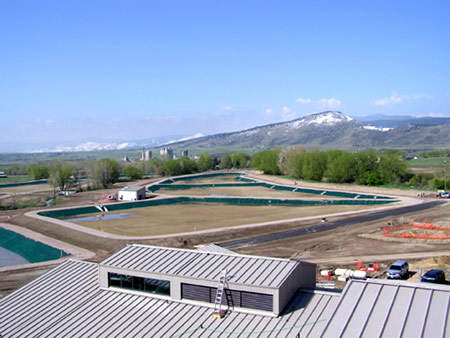 South-west view of the site. 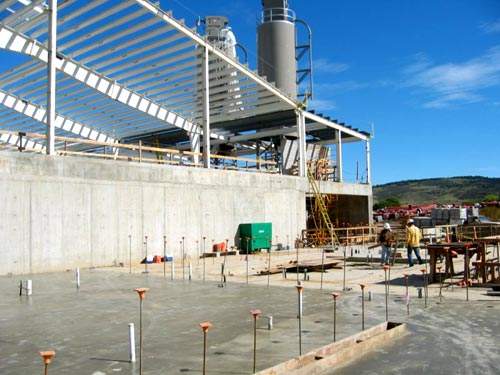 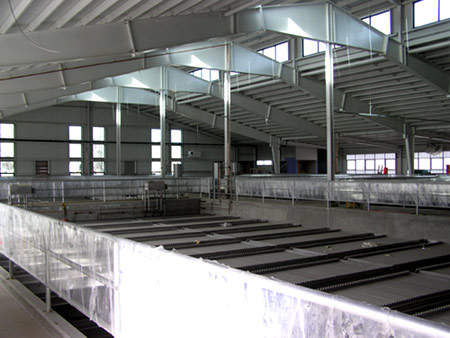 View inside the new main building. The design of the treatment plant itself is conventional, using flocculation / sedimentation, dual medium filtration and chemical disinfection. 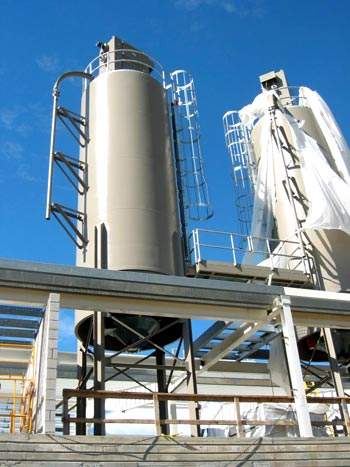 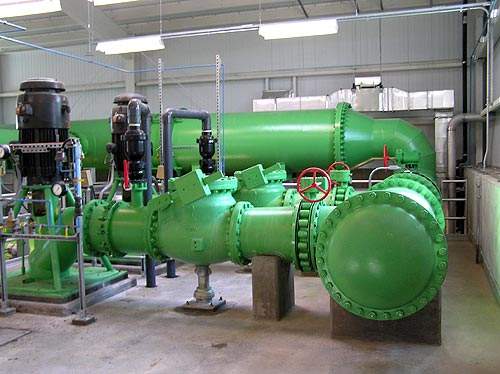 One of the new pumping station installations. 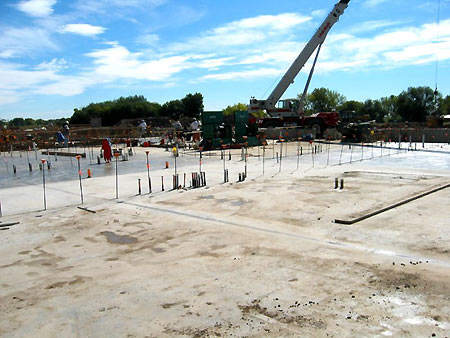 A new 114,000m&sup3; raw water reservoir was constructed as part of the project to mix the inflow from the city's various water sources to provide consumers with a consistent taste. 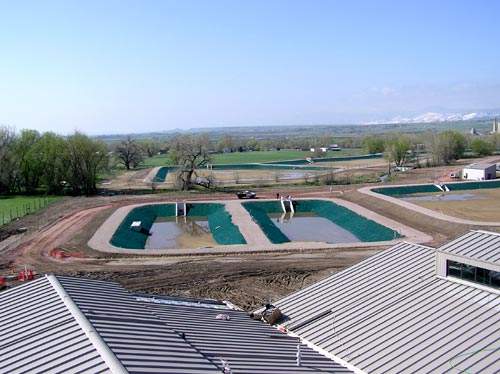 View over the residual ponds; the new WTP site extends to over 120 acres.

Originally planned to be completed by the end of February 2006, the new City of Longmont water treatment plant, Nelson-Flanders WTP, was officially opened in December 2005, around three months ahead of schedule. It is the single largest public works project undertaken by the city. With an initial daily capacity of 114,000m³, the new plant at first replaced the city’s oldest WTP, with in-built future expansion potential to 228,000m³/d to permit the eventual replacement of the remaining two plants.

The new plant project involved the construction of a raw water reservoir, flocculation and sedimentation installations, dual-media filters, chemical dosing facilities, holding basins, pump stations and associated buildings. In addition, the scheme also required the provision of a series of new raw and treated water pipelines, which was the subject of a separate contract.

The contract was awarded to a Western Summit / Black & Veatch joint venture in January 2003 and construction began the following August. The overall project cost was $60.7m.

Longmont – some 15 miles north of Boulder and 40 miles northwest of Denver – had three treatment plants. The oldest, built in 1935, was taken out of service when the new facility became fully operational, and its future expansion will replace the others, which date from 1967 and 1982 respectively.

In 1989, a treated water master plan was produced, which evaluated the three existing plants and drew up predictions for the city’s future demand.

“In building the plant, the city authorities set out to provide a modern facility capable of achieving the new requirements.”

Ten years later, a second study highlighted the need for a new treatment works and also updated the drinking water forecast in the light of the estimated full final development of Longmont.

The city applied to Boulder County for an “Activities of State Interest” (1041) Permit in June 2001.

It was granted in October of the same year and the final selection of contractors from the pre-qualified design / build teams was made towards the end of 2002. There were two main drivers for the new plant – the more stringent federal and state drinking water standards being imposed and the increasing demands of a growing population.

In building the plant, the city authorities set out to provide a modern facility capable of achieving the impending new requirements from the outset and with sufficient design capacity to allow it to be extended to meet predicted drinking water demands for the next 20 years.

The new WTP is located a quarter of a mile north of Highway 66, in over 120 acres (nearly 50ha) of site, much of which was formerly a dairy farm, first homesteaded in the late 1880s with the farmhouse being added in the early 1900s.

As a result, the 1041 land use permit imposed a number of unique conditions on the design and construction both to preserve the historic farm building itself and to ensure that the new works blend harmoniously within this agrarian setting.

The design team also had to maintain wildlife corridors across the site, arrange perching for migratory hawks, relocate a prairie dog colony, and provide an elaborate system of groundwater dewatering to allow excavation work as well as a complex drainage system for the new buildings. These challenges led to the implementation of a number of innovative features and construction practices, despite the apparently conservative design of the plant itself.

The WTP design phase began in January 2003 and construction began in August, with work on the pipeline scheme starting in October.

Filtration involves six deep-bed, biologically active, anthracite / sand dual-media filters – five in operation at any one time, with the sixth kept in backwash / standby. To optimise the operating efficiency of the air scour / backwash system, the filters were designed with a split-centre gullet, permitting each to be cleaned in two separate halves.

A new 114,000m³ raw water reservoir was also constructed as part of the project. Holding the equivalent of a day’s water requirement, it acts as an equaliser, mixing the inflow from a variety of local water sources, including ditches, the St.Vrain River and the Colorado-Big Thompson project, to provide consumers with a consistent taste.

Disinfection is by chemical dosing in a contact basin, but the plant has been designed to permit the easy addition of treatments using ozone, UV or activated-carbon filters in the future, should they be required.

The Western Summit / Black & Veatch joint venture was awarded the contract by the City of Longmont with Black & Veatch being responsible for the engineering aspects and Western Summit for the construction. MWI McDade-Woodcock acted as electrical / instrumentation and control contractor and Greenburg & Greenburg were the architects. The associated pipeline work was done by Garney Construction / Integra Engineering.