The Lower Kihansi Hydropower Project contract called for the building of an underground power station cavern which has an initial installed capacity of 180MW in three units and a potential ultimate installation of 300MW in five units. 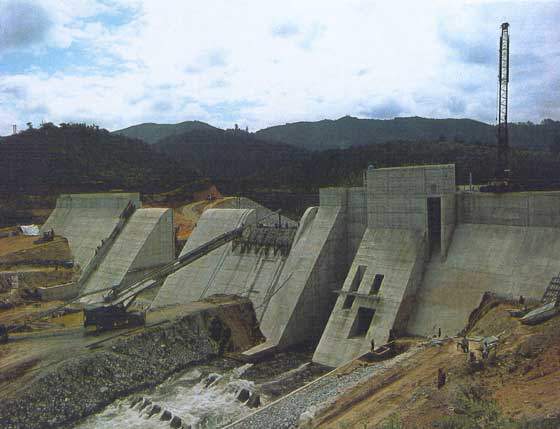 The Lower Kihansi hydropower project, located 450km south-west of Dar Es Salaam and 80km south of Iringa in Tanzania, includes the construction of a concrete gravity dam with a height of 25m and a length of 200m, which creates a reservoir with a storage volume of one million m3.

IMPREGLIO S.p.A was hired by the Tanzania Electric Supply Company to construct the main civil works for the Lower Kihansi Hydropower project. The main engineers on the project included Norplan A/S in association with Norconsult and IVO International. The construction of the project commenced in July 1995 and the project was formerly opened by President Benjamin W. Mkapa on 10 July 2000. The contract was valued at approximately $36 million for the dam and related works.

The project is located 450km south-west of Dar Es Salaam and 80km south of Iringa. There were various features to the development of this hydropower project. They included the construction of a concrete gravity dam on the Kihansi river, with a height of 25m and a length of 200m, which creates a reservoir with a storage volume of one million m3.

The project also entailed the construction of a drop shaft and headrace tunnel, ending with three embedded steel penstocks. As this is a hydropower project, in addition to the construction of a dam and reservoir, the contract called for the building of an underground power station cavern which has an initial installed capacity of 180MW in three units and a potential ultimate installation of 300MW in five units.

The dam is of the concrete gravity type, with a maximum height of 25m and a crest length of 200m. The middle part is a concrete free overflow spillway, 70m long, with no flood discharge regulation gates. The design discharge capacity of the dam is 470m3/s. There is a 6x3m radial gate located at a lower level in the dam for flushing sediment silt from the reservoir and one sliding gate of 2x2m for flushing silt deposited at the bottom of the intake. The intake to the power plant forms an integral part of the dam structure located on the left side of the river. The intake construction consists of a 10x6m trash rack, arrangements for stop logs and a 4x5m intake roller gate.

The dam is founded on hard rock, except for the outer part of the dam abutments, which were founded on softer rock. A cement grout curtain wall has been bored under the length of the dam foundations. Downstream of the spillway slopes erosion protection works consist of concrete retaining walls and riprap works.

The tailrace canal is 800m long. The first 130m consists of a concrete culvert built within steel sheet piles and completed with backfiling. The next 650m were excavated in sections and the soft soil (silt) excavated under water replaced by rockfill taken from the tunnel spoil heal. Geotextile is to be placed against the silt before the rock is filled in.

The switchyard area, landscaping and environmental works were also included in the contract. A 16km permanent access and service road were also constructed.

After six months of trial operations, all three 60MW units were operating smoothly.