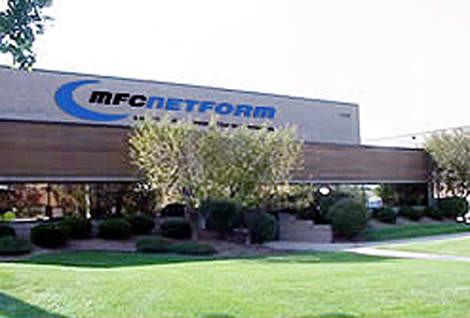 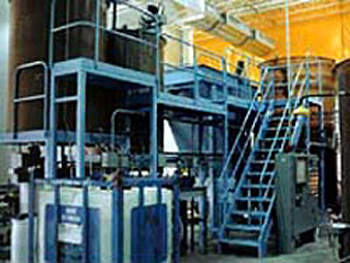 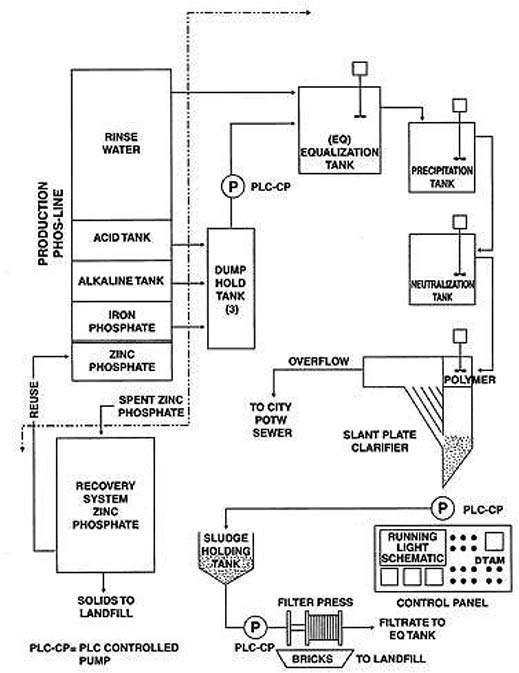 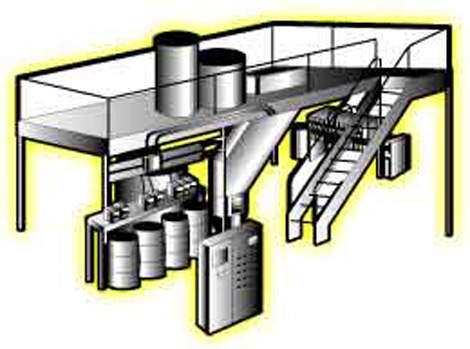 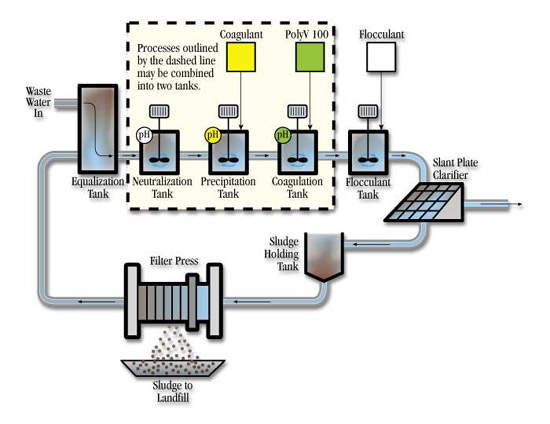 In 1999, Metal Forming and Coining, Inc. decided to consolidate its various plants into one modern facility at its headquarters site in Maumee, Ohio. During that time the company took the opportunity to reassess its handling of plant
wastewater.

As the automotive industry is the company’s primary market, the layout of the new processing plant was geared towards increasing quality and environmental standards, qualities that are now demanded by the automotive manufacturers.

As a consequence, the new layout included a new wastewater treatment system that helped lower operator time, chemical costs and the amount of sludge sent to landfill. The new automated phosphating lines also helped the company position itself to meet
these increasing quality and environmental standards from the automotive industry.

MF&C was also able to meet increased production demands, since the new barrel process was able to phosphate the 1.25in – 4in diameter parts in one hour instead of the eight hours it used to take with the older facilities.

Phosphatizing waste requires a complex treatment process because of the secondary bi-products, such as acids, caustics, and soaps, as well as the phosphate compounds.

The process needs to address various demands of the output, such as the amount of scale produced in the acid, or the TSS and O&G found in the zinc phosphate operation as a result of cleaning and other surface preparation procedures. The
automation, equipment layout and appropriate chemistry therefore becomes critical to system optimisation and performance.

Suppliers of the wastewater system, Beckart Environmental, tend to tailor all of its wastewater treatment systems to customer requirements, including the degree of automation required or appropriate. Systems equipped with programmable logic
controllers (PLCs) provide an exceptionally user-friendly method of controlling system function; Beckart installed its custom software in the factory and configured it to make all necessary chemical and engineering decisions with minimal operator time
requirements. The general options for automation are:

The new plant layout was based on the design produced by SSOE, Inc., a Toledo, Ohio-based architectural and engineering firm, along with Metal Forming and Coining input.

SSOE’s in-house staff of qualified engineers and technicians is dedicated to the design of facilities for the removal of contaminants found in wastewater.

Due to a previous successful installation for the metal forming company, Beckart was also able to participate from the earliest design stages of the new plant.

Normal rinsewaters are automatically sent to a large equalization tank. Rather than hauling the spent zinc phosphates to a landfill, they are first segregated into a waste dump tank. Then, the upper liquid (80-89%) portion is recovered for reuse,
while the lower settled solids are dewatered in a filter press. The acid, iron phosphate, and alkaline dumps are also transferred to separate holding tanks, and then pumped at brief, intermittent intervals by the PLC-controlled air-operated pumps to the
equalization tank. The combined wastewaters can then proceed through the standard progression of treatment in the 800-gallon precipitation tank, 800-gallon pH-controlled neutralization tank, slant plate clarifier, sludge thickener tank, and filter press.
Clear treated water from the top of the clarifier goes to the POTW sewer, while a PLC-controlled pump is used to pump settled floc from the bottom of the clarifier to the sludge thickener tank. A stroke-counting PLC-controlled pump then pumps the sludge
to the filter press, and turns on a “Cycle Done” light. Filtrate from the filter press is re-circulated to the equalization tank, while the dewatered sludge (“bricks”) is sent to a local landfill. The recovered zinc phosphate liquid is used back in the
zinc phosphate tank.

The new automated phosphating and related waste treatment system has allowed MF&C to increase production and meet the quality demands of its automotive customers.

In operation since 1953, Metal Forming & Coining is a manufacturer of cold formed and impact extruded components for the automotive, commercial truck, off-highway, industrial and aerospace markets. It produces a variety of engine, automatic
transmission, transfer case and driveline products.