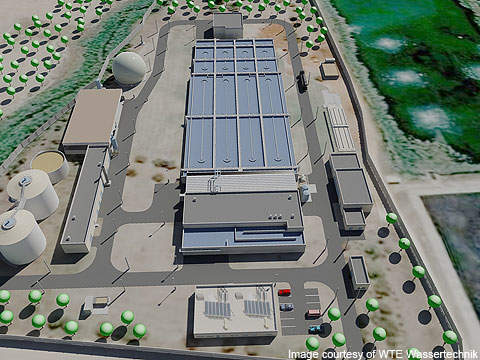 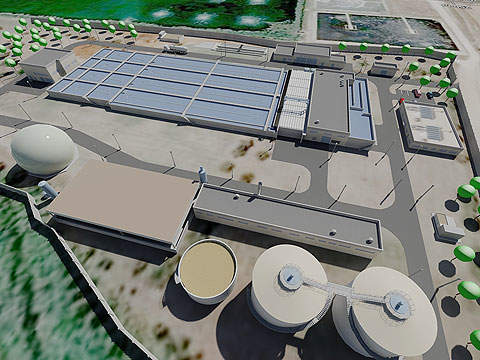 The project was financed by the European Commission and the Sewerage Board of Nicosia.

Construction of the €29m wastewater treatment plant began in March 2010. 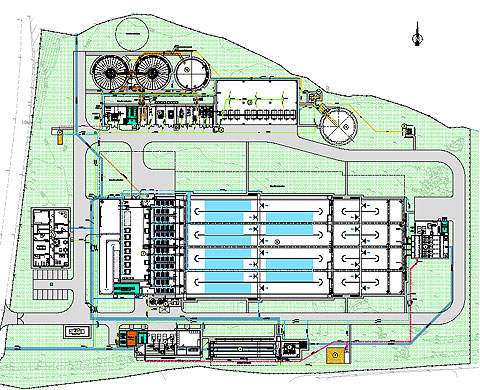 The Nicosia Bi-communal Wastewater Treatment Plant (WWTP) is located in the Mia Milia / Haspolat area of Nicosia, Cyprus.
Construction of the €29m plant, which is the largest WWTP in Cyrpus, began in March 2010 and trial operations were conducted in June 2013. The WWTP was commissioned in April 2014.

Nicosia is the only European city that is militarily divided and has in the past been subject to inter-communal violence. The plant is viewed as an opportunity to end the city’s division.

The United Nations Development Programme (UNDP) executed the project as part of the Partnership for the Future (UNDP-PFF) programme.

The plant has the capacity to treat 30,000m³ of wastewater a day. Approximately 270,000 of Nicosia’s inhabitants benefit from the treatment plant, which is one of the largest membrane bioreactor (MBR) technology-based installations.

The Nicosia plant has a capacity to produce ten million cubic metres of treated water a year, which is used to irrigate agricultural land.

The plant produces 3,333t of dry bio-solids, which are used as a natural fertiliser. It is fitted with an anaerobic sludge digester and a combined heat and power (CHP) unit to produce green electricity from biogas.

"Nicosia’s wastewater treatment plant is one of the largest installations based on membrane bioreactor technology."

The master-plan, which was drawn up by the Cyprus Government in 1960, was to construct, operate and maintain the central sewerage system of Nicosia. Mia Milia, the north-eastern part of the city, was selected as the location for the sewerage system. Execution of the three-phase plan began in 1972.

The first phase of the Mia Mila treatment plant was completed in 1980. The Nicosia General Hospital, Saray Hotel and the US, Chinese and UK embassies were connected to the plant. This phase was funded by the World Bank, the Cyprus Government and the Sewerage Board of Nicosia.

The second phase covered Omorphita, Kaimakli and the remaining part of Nicosia’s old town. The Pallouriotissa area was also included in the second phase following a priority establishment survey. This phase was completed in 1986 and was funded by the European Economic Community.

The third phase began in 1988. The areas of Agios Andreas, Agios Pavlos, Vorios Polos, Akropolis and part of Agios Dometios were covered in this phase, which was funded by the United Nations High Commissioner for Refugees (UNHCR) and was completed in 1995.

"Wastewater to the new treatment plant is fed through gravity inlet pipe DN1100 and the new DN100 pipe."

The inflow canal and the connected canals are designed in such a way that they can prevent solids from settling.

To reduce operating problems, the grit chamber and screening system are housed in one building.

The sludge dewatering centrifuges, biological treatment and pump equipment are protected against damage by the screening system.
Two lines are used to screen and remove grit. The sewerage flow, after screening wastes such as textiles, paper, glass and cans, are made to flow to two grit traps in two lines. Screened products are discharged into containers using screw conveyors and moved to a site used for dumping municipal waste.

"Construction work is being carried out by a consortium formed of WTE Wassertechnik and EMEK Construction."

The contract, based on the design, build, operate and transfer system, was awarded to WTE Wassertechnik. The company is responsible for operating the plant for ten years.

The construction work was carried out by a consortium formed of WTE Wassertechnik and EMEK Construction.

As the plant is bi-communal, funding came from two sources. 30% of the funding was granted for the Turkish Cypriot community by the European Commission through the EU aid programme, while the Sewerage Board of Nicosia provided the remaining 70% of the financing for the Greek Cypriot community.