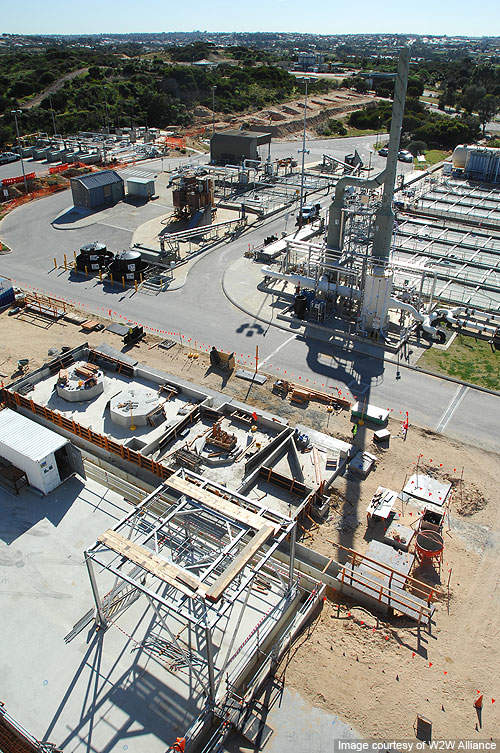 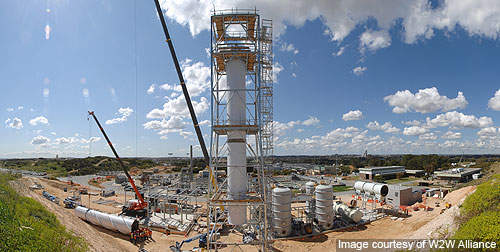 The Woodman Point WWTP is the largest WWTP operated by Water Corporation.

The Woodman Point WWTP upgrade was completed at a cost of A$350m.

The Metropolitan wastewater treatment plant (WWTP) upgrade was one of the most substantial wastewater programmes carried out in Western Australia. It involved upgrade of the three biggest WWTPs in Perth. It was the first time in the state that three large WWTPs were upgraded simultaneously. The three WWTPs are located at Woodman Point, Beenyup and Subiaco.

The programme was ordered in December 2006 to meet the growing population needs of Perth, the capital city of Western Australia.

"The treatment capacity at Beenyup was increased by 15 million litres a day (mld)."

The work at Woodman also involved reduction of odour emissions by 50%, which helped Water Corporation to save chemical costs of roughly $660,000 a year.

The project was meant not only to increase the treatment capacity of the plants, but also to reduce environmental impact by applying sustainable design and operation features.

Woodman Point WWTP provides services to 600,000 people living south of the Swan River in the Perth metropolitan area. The previous treatment capacity of the plant was 160mld of wastewater, but on an average, it treated 120mld of wastewater. The capacity increased to 177 million litres a day following the upgrade.

The initial capacity of the plant was 125mld. In 2002, the plant was upgraded at an investment of $150m to raise its capacity to 160mld. Another upgrade began in 2007 to increase the solids treatment capacity of the plant to 160mld. The solids treatment capacity was improved by constructing a third egg-shaped digester tank with a capacity of 8,000m³. Odour management facilities were also improved significantly to reduce odour emissions by at least 50%. The project cost approximately $137m.

The earlier capacity of the Beenyup WWTP was 120mld. It had served 650,000 people in the northern suburbs. A $147m upgrade was started in September 2007 by W2W Alliance to increase the treatment capacity of the plant to 135mld. The plant was upgraded in such a way that if required, it could be further developed to treat up to 200mld, serving 1.1 million people.

The wastewater treatment process at the Woodman Point WWTP is computer-controlled and monitored by expert managers and technicians. Before removing grit through settling tanks, the wastewater is screened to remove any larger objects such as paper and rags.

The wastewater is then kept in large sedimentation tanks for several hours to get rid of settleable solids. The sludge coming out from these tanks is treated further. Two egg-shaped, 38m-high anaerobic sludge digesters are then used to stabilise the sludge to convert it into residue. These residues are produced through bacterial actions at 35°C in the digesters.

An underground pipeline of 23km is used to transfer the treated wastewater to a tower at Cape Peron, from where it is discharged via a 24km ocean outfall into the 20m-deep Sepia Depression.

The treatment process at the Beenyup WWTP involves the following steps: first the wastewater is made to pass through step screens for the removal of materials such as paper and rags. The water is then aerated through circular grit removal tanks. This process allows the organic material to pass through and inorganic material to settle. After grit removal, the wastewater is passed through large, rectangular primary sedimentation tanks. Nearly 50% of the suspended solids settle down as sludge.

The sludge is transferred to the solids handling area for thickening and digestion. Secondary treatment is then applied to the treated liquid leaving the tanks. It involves generating microbiological life through aeration tanks to consume the organic material present in the wastewater. The wastewater coming out from the aeration tanks passes through circular clarifiers to obtain high quality secondary effluent. The final treated wastewater is suitable for ocean discharge.

"At Subiaco, materials such as wood and rags are collected from the incoming raw wastewater."

At Subiaco WWTP, materials such as wood and rags are collected from the incoming raw wastewater. Flowing wastewater is then collected into grit chambers. The settled grit, together with the screenings, is disposed of as landfill.

After this preliminary treatment process, the wastewater enters the primary sedimentation tanks, which allow the sludge to settle down.

The settled sludge is pumped directly to the sludge blending tanks for further processing, after being collected into a central hopper through scrapers.

The water from primary sedimentation tanks is collected in 11 reinforced concrete aeration tanks, where it is blended with microbiological biomass to breakdown the organic compounds in the presence of oxygen. The blended liquid then passes into one of the 12 circular sedimentation tanks. The settled sludge from these tanks is removed continuously and returned to the aeration tanks to maintain its microbiological population. If the settled sludge is in excess, then it is pumped to one of two dissolved air flotation thickeners (DAFT). The sludge from DAFT is transferred to the sludge blending tanks for further treatment. The water flowing out of the sedimentation tanks is suitable for ocean discharge.