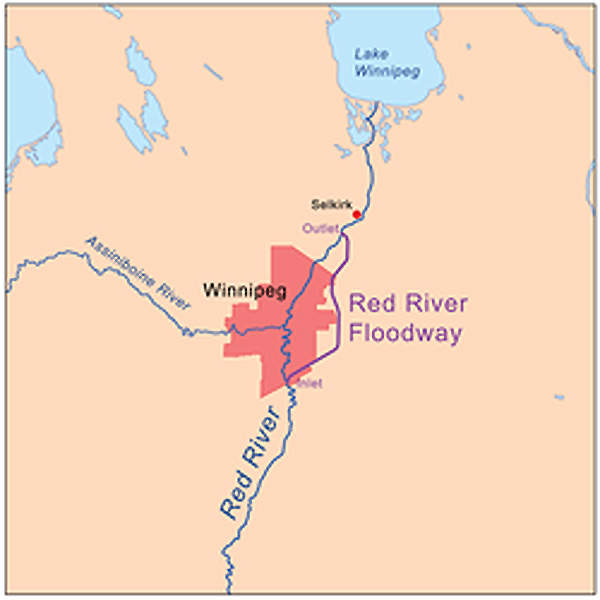 The Red River floodway was built to protect the city of Winnipeg from flooding. Image courtesy of Kmusser. 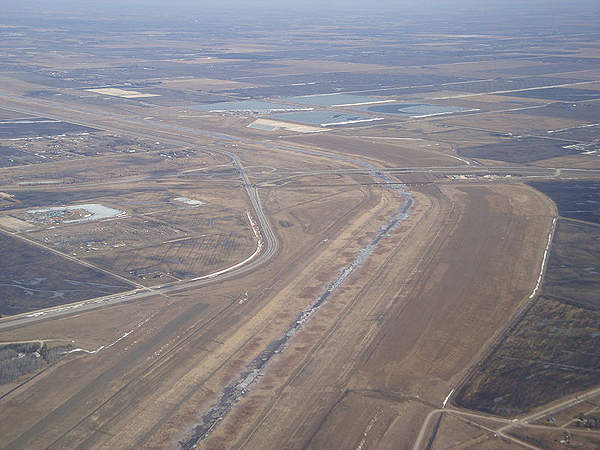 A highway bridge and a railway bridge crossing the Red River floodway. 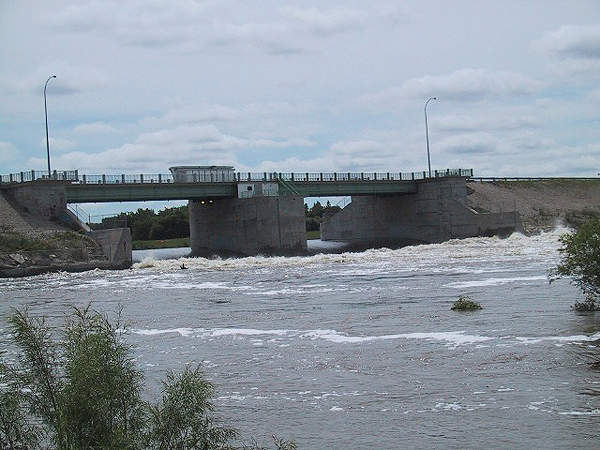 The inlet control structure was upgraded as part of the floodway's expansion. 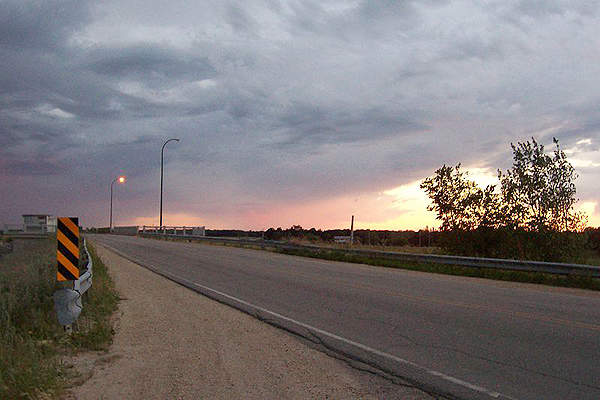 Railway and highway bridges were elevated, replaced and upgraded.

Red River Floodway, also known as Duff’s Ditch, is a 48km artificial flood control waterway, which was built between 1962 and1968 in Canada.

Expansion works began in 2005 after the existing floodway with its one in 100-year floodwater containment system reached its maximum capacity in 1997.

The Red River floodway expansion project included the widening of the whole channel, improvements to the railway and highway bridges, upgrade and construction of the inlet and outlet control structures and extension of the west dike.

The $627m expansion was funded by the Canadian Government and the Province of Manitoba. Construction was expected to be completed in 2010, but was delayed. The project was finally completed at $38m, below the initially estimated budget of $665m in March 2014.The project is hailed as one of the world’s engineering marvels, on par with the Eiffel Tower, the Panama Canal and the Channel Tower recognised by the International Association of Macro Engineering Societies (IAMES).

Construction work on the floodway began in October 1962 and was completed in March 1968 at a cost of $63m. It involved about 76.5 million cubic metres of earth works.

The flood of the century in 1997 led the International Joint Commission (IJC) to review flood protection measures in Winnipeg, the outcome of which led to the measures initiated to avoid devastation from flooding. The proposal to expand the existing floodway was brought up with the first construction work starting in 2005. The Red River Floodway had an initial capacity of 1,700m³ (60,000ft³) a second of one in 100-year flow protection. The expansion project increased it to 4,000m³ a second of one in 700-year protection.

The expansion helps in preventing more than $12bn in damages from expected flooding and continues to protect 450,000 Manitobans living in the areas of Winnipeg, East St. Paul and West St. Paul.

Five stage design and construction of the Canadian floodway’s upgradation

The expansion was executed in five stages, with the initial widening of the channel. The channel was widened from 35m to 85m to avoid its deepening, which could have repercussions on the groundwater in the neighbouring areas.

"The $627m expansion was funded by the Candian government and the Province of Manitoba."

Railway and highway bridges were elevated, replaced and upgraded. Improvements were made for some bridges and drainage structures and crossings such as the city of Winnipeg aqueducts and the Seine River siphon were modified.

The West Dike was extended to 11km and raised up to 1.5m to protect the city against wind and waves for 100 years. Ditch grading, culverts and rock rip-rap were installed to check erosion. The entire expansion involved 21 million cubic metres of earthworks.

Management and maintenance of the Red River floodway expansion project was undertaken by Manitoba Floodway Authority (MFA). More than 170 companies and 3,600 workers were involved in the project.

MMM Group was responsible for the replacement and upgrading of the six railway bridges crossing the floodway.

The contract for constructing the highway bridge girders was awarded to Lafarge Canada for $20.9m, while Barkman Concrete constructed the highway detour barriers for $400,000.