Ministry of the Presidency, Peru 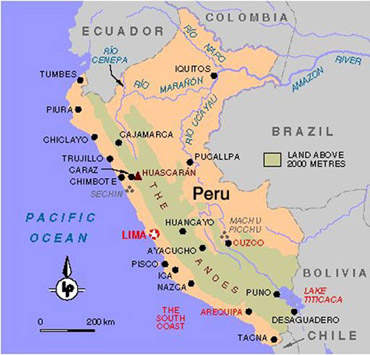 The Rio Chillon water supply project is located in Peru, close to Lima.

The Rio Chillon water supply project is located in Peru, close to Lima. The $80 million project was awarded by the Peruvian government to Agua Azul (a consortium consisting of Cosapi, ACEA and Impregilo)in the first half of 2000. The BOT (build, operate and transfer) contract will cover 27-years before it is handed back to Sedapal. The project is online to be completed in the summer of 2002. The concession for the project was worth $250 million.

The objective of the project is the production of drinking water in the basin of the Rio Chillon to improve and extend the service to 750,000 inhabitants of the area north of Lima. The rapid population growth, as well as the economic growth, of the area is pushing up demand. The main structures of the project can be divided into three parts: surface water, underground water and drinking water.

The forecast production is 2m³/s in the wet season (December to April), and 1.m³/s during the dry season (May to November). The wells production will only be used during the lower water period: 1m³/s. The total annual production will be approximately 44.5 million m³. It will be possible to double production levels with additional works to be carried out in the area of the springs of the Rio Chillon.