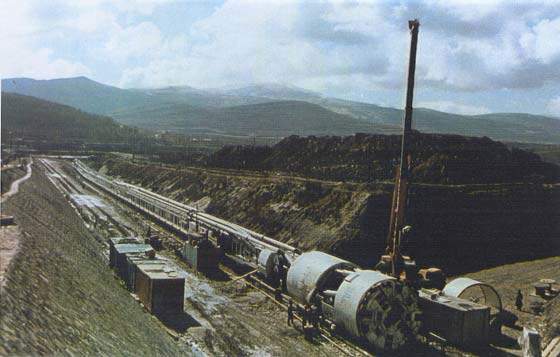 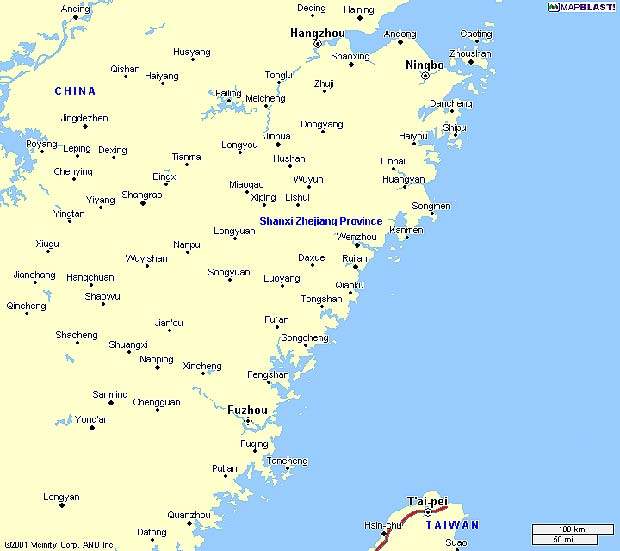 Map showing the location of the north Shanxi Zhejiant province in China.

The Shanxi Wanjiazhai Yellow River Diversion Project is an all-encompassing project to alleviate the water shortages in three of China’s industrial areas – Taiyuan, Pingsuo and Datong. The country’s rapid economic growth is fuelling water demand beyond the capacity of the existing infrastructure. The contracts were awarded in 2001. In November 2001 the first major step was inaugurated when water from the Yellow River ran to the Fenhe reservoir. By the end of 2002, it should have been extended eastward 100km to the Taiyuan. The cost of the entire enterprise is estimated at $1.5 billion, $400 million of which will come from the World Bank.

The project is located in the north west region of Shanxi Province. The diversion project has three major waterways, the General Main, South Main and North Main.

The General Main waterway is 44km in length. It is designed to take 48m3/s of water from the Wanjiazhai reservoir to a diversion sluice located at Xiatuzhai village. The reservoir was created by the Yellow River Commission by the building of the Xiaolangdi dam. This was one of the largest World Bank-funded projects at $1.6 billion. To speed the water on its way, there are three pumping stations on the General Main.

The South Main travels from the diversion sluice at Xiatuzhai for approximately 100km southward. It is intended to supply 640m3 x 106 of water per annum at a rate of 20.5m3/s.

The North Main travels from the diversion sluice at Xiatuzhai for approximately 167km in a northward direction. It has a flow rate of 22.2m3/s.

Contracts WYRPD-C2 and WYRPD-C3 make up the chief part, though not all of the civil works for the South Main. These contracts were won by the ‘Wan Long Joint Venture’, a formation of IMPREGLIO S.p.A. from Italy (the leader of the joint venture with a participating share of 45%), C.M.C. of Ravenna S.a.r.l. of Italy, China Water Conservancy & Hydropower and Engineering Bureau No. 4 of China.

The WYRPD-C2 contract consists of the following work:

The WYRPD-C3 contract consists of the following work: