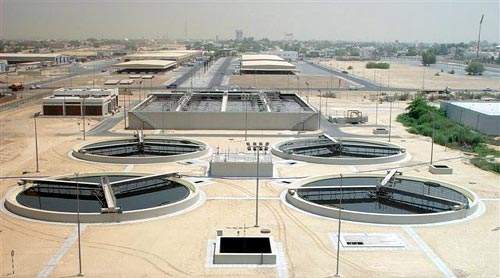 The Phase 6 extension was officially opened in June 2004. The scheme has increased the wastewater treatment works' capacity by 37,400m&#179;/day. 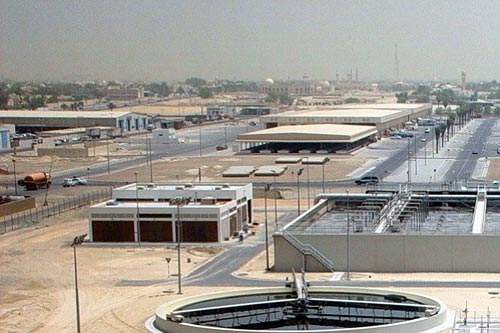 In addition to increasing the treatment capacity, the project involved improving final effluent quality and the installation of a new SCADA system to integrate process control. 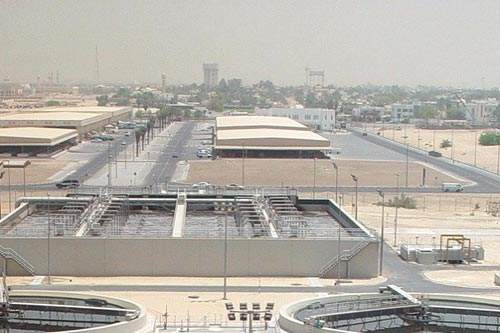 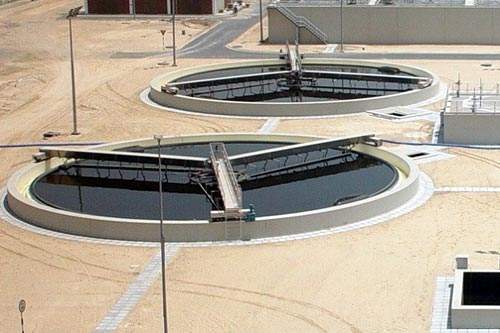 Two of the four new final settlement tanks; each one is 25m in diameter. 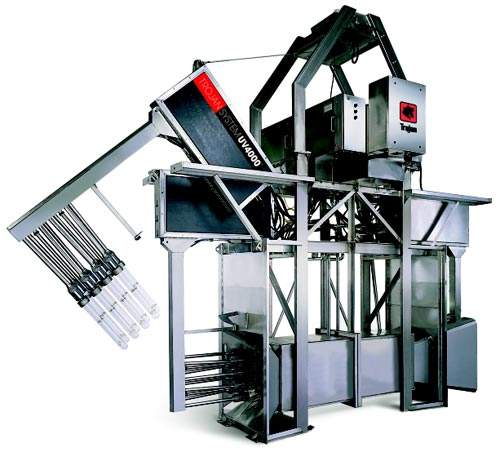 The Trojan UV 4000 disinfection unit, which can treat up to 72 million litres of water per day. 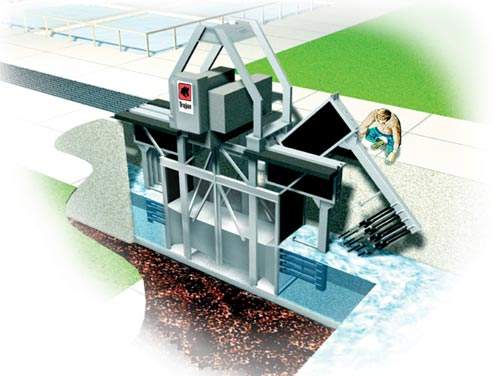 Artists impression of the UV unit in situ. Its small footprint enabled it to meet the space constraints required for the Sharjah WWTW extension. 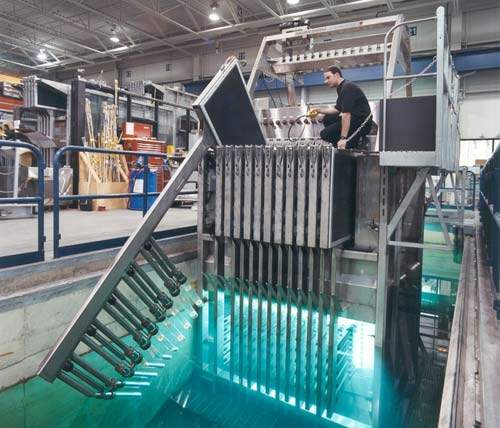 In common with many areas in the United Arab Emirates, Sharjah is undergoing a phase of rapid growth. To cope with the additional demands of a projected population increase of 150,000, the Sharjah Municipality commissioned work to upgrade its existing sewage treatment plant. Officially opened in June 2004, the Phase 6 extension principally entailed increasing the daily treatment capacity of the works, enhancing and integrating the control system and improving final effluent quality.

To achieve these goals, the inlet works were extended and systems installed for fine bubble aeration, rapid filtration and disinfection, together with odour control measures at the tanker offloading station.

Increasing the plant’s capacity by 37,400m³/day, the overall project cost was £18 million, funded by the Sharjah Municipality itself. The contract to design, install and commission the Phase 6 extension was won by ACWa Services, in association with Consolidated Contractors International Company SAL, with Halcrow International Partnership acting as the client’s engineer.

The existing control system was improved as part of the project. Advances in technology made the existing main station in the control room obsolete and since it could not itself be upgraded, it was replaced by up to date hardware and software. Elsewhere, as far as possible, the extant control system components and communication rings have been retained and incorporated into the new network via ethernet links.

A similar user interface was incorporated to maintain operator familiarity with the earlier screen format and layout of the mimic screens.

The existing inlet works and collection sump could not accommodate the required increase in capacity. To address this, and also to ensure that the loads and flows to the treatment works were better balanced, all the incoming sewage streams are combined in a new pressure sump. This allows the flow to be split between the existing phases and the new Phase 6 inlet works, which includes fine screening and grit removal. Adjustment of the new and pre-existing flumes allows the correct proportioning between the phases and helps to reduce the effect of peaking from any one pumping station.

Mixed liquor from the aeration lanes is evenly split between four settlement tanks, which are fitted with tri-arm scrapers. The reduced peaking achieved by better flow control at the inlet works enables smaller tanks to be used to accommodate the loads, each one being 25m in diameter. Return activated sludge from these tanks gravitates to a wet well, from which four pumps, acting as duty / assist / assist / stand-by, return it to the premixing chamber. The maximum recycle rate for the system is 2,200m³/hr.

The additional sludge produced by the increased throughput also required the provision of extended treatment capacity, which is provided by three belt thickeners and a further two filter bed presses.

The treated effluent is ultimately destined for irrigation. To provide the necessary final quality, ten rapid gravity sand filters, complete with air scouring and backwash facilities, were installed. An ultraviolet disinfection system, with a design capacity of up to 72,000m³/day, provides the last phase of treatment before the effluent is finally pumped 15km into the desert for reuse. This use of UV equipment, which was supplied by Trojan Technologies, marks the only major departure from an otherwise somewhat conservative design.

Cadar supplied the filter flooring and Simon Hartley the sludge thickeners and belt presses. Longwood were the screen suppliers. Spaans Babcock provided the screw pumps and Veolia Water Systems (formerly Vivendi) the scrapers. Control panels were supplied by Baldwin & Francis and control software by Serck. All equipment was supplied through ACWa, with Abeg and Pioneer having acted as local installation contractors.