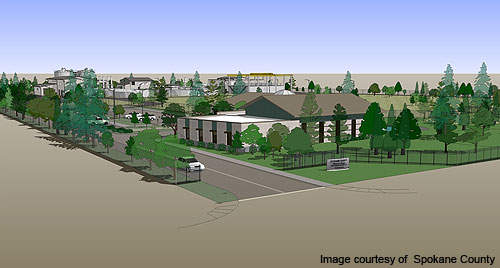 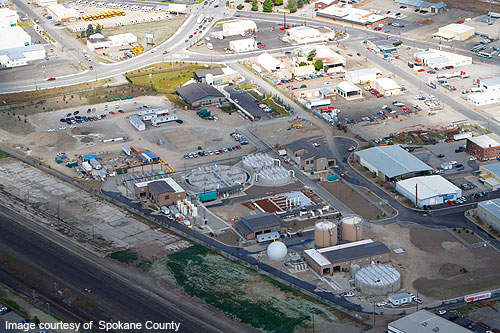 Spokane County Regional Water Reclamation Facility is constructed on a site located in the eastern industrial area of Spokane. 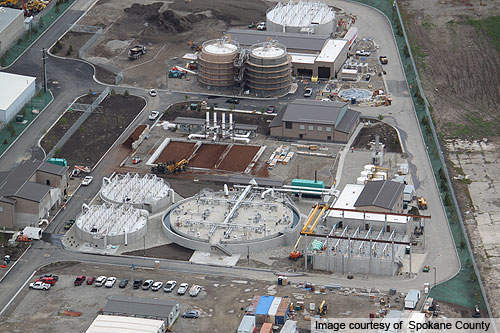 Construction began in June 2009 and the facility entered service in December 2011, ahead of schedule.

The plant is constructed on a site located in the eastern industrial area of the city of Spokane. Generally, the Spokane Valley, east of the city, is served by the new facility.

The $173m project commenced in June 2009 and entered service in December 2011, ahead of schedule. The initial daily treatment capacity is eight million gallons a day (mgd). It can, however, be increased in phases to 24mgd.

Purpose of the programme to eliminate the use of septic tanks

"The plant is constructed on a site located in the eastern industrial area of the city of Spokane. Generally, the Spokane Valley is served by the new facility."

The wastewater produced in the Spokane Valley service area was sent to the Riverside Park Water Reclamation Facility. A programme was started in 1980 to eliminate the use of septic tanks by connecting its customers to the sewer system.

Projected population growth and the septic tank removal programme will lead to substantial increases in wastewater flow. The new water reclamation facility was planned, beginning in 1999, because the Riverside Park Water Reclamation Facility does not have the capacity to treat the increased wastewater flow.

The new plant enhances the county’s wastewater treatment capability and serves the projected population growth. It also improves the water quality in the region and reduces the phosphorus discharges to the Spokane River.

The water resource centre, which includes a classroom and display room, is intended to be used for educational purposes. The treatment operations building includes offices and a laboratory for the water reclamation facility.

The treatment unit makes use of nitrification / de-nitrification membrane bioreactor (MBR) technology. It has facilities for fine screening and primary clarification.

Primary and waste activated sludge will be thickened using gravity belts. Final dewatering will use centrifuges.

Construction of the reclamation facility commenced in June 2009. The clearing and grading activities and under-slab piping were completed in fall 2009.

Work within the maintenance building was substantially completed by spring 2011. Electrical ductbanks were also installed during this period. Installation of system control and data acquisition (SCADA) systems commenced in spring 2011.

The MBR is allowed for high solids removal and used water filtration. The MBR plant uses immersed hollow-fibre membranes to remove particles from the wastewater.

Key players and contractors involved in the Spokane Valley facility

The Spokane County owns the plant and also financed the project. A Design, Build and Operate (DBO) contract worth $260m was awarded to CH2M Hill Constructors in January 2009.

"Initial daily treatment capacity is eight million gallons a day (mgd). It can, however, be increased in phases to 24mgd."

CH2M Hill will operate the plant for 20 years under the DBO contract. It is also responsible for on-site bio-solids treatment.

Most of the pipe and fittings used by Halme have been supplied by HD Fowler and U.S. Pipe.