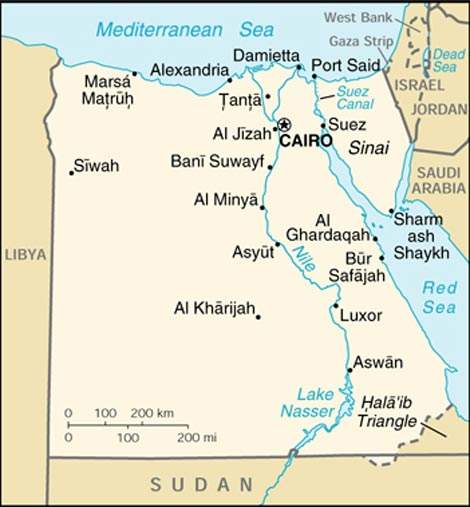 Map of the Gulf of Suez Water Supply Project, Egypt.

The project is to treat water from the Ismailiya canal and supply industry in the Gulf of Suez area and a new residential community outside Cairo. It is the first major private water scheme in Egypt. The project is also said to involve the largest water processing facility in the Middle East. Official commissioning is due to begin in March 2002, it is currently undergoing pre-commissioning tests, both dry-run and with water.

The public authority responsible for the project is the Central Authority for Development (CAD). CAD is affiliated to the Housing, Utilities and New Urban Communities Ministry. As well as support from the Egyptian government, the project has also benefited from support by the Canadian government.

Major investment is needed in the Egyptian water infrastructure, as the country has a rapidly growing population and limited resources. The growing wealth per head adds pressure, as water consumption tends to increase with general wealth. Hence, the government of Egypt is interested in pursuing schemes that allow the country’s population to spread out from its traditional concentration in the Nile Valley, as well as schemes to reduce the overall consumption of agriculture and other sources.