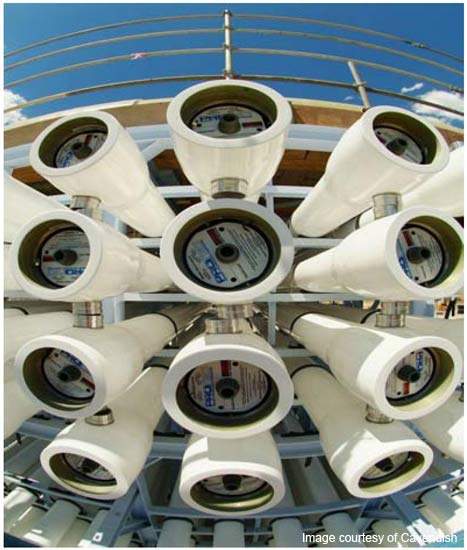 The use of desalination can no longer be automatically viewed as a costly option. The high efficiency of the Tuas SWRO facility has resulted in the world's cheapest product water.

Aerial view of the Tuas plant. Singapore's first desalination facility, it can supply 10&#37; of the country's needs. 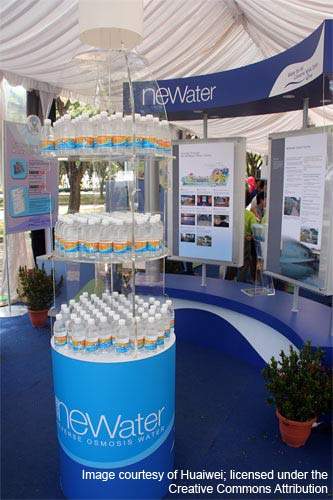 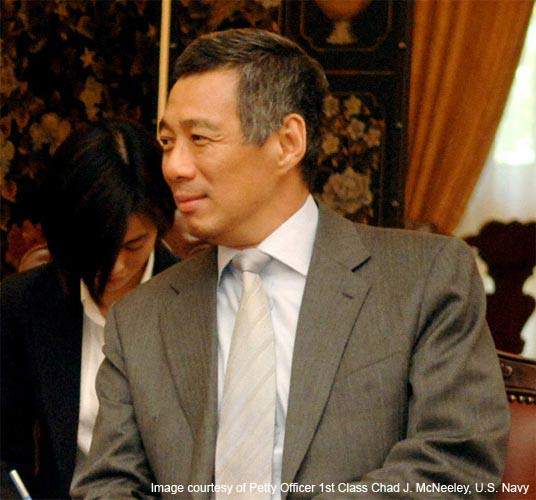 Singapore’s Prime Minister, Lee Hsien Loong, opened the plant in September 2005. The move towards making greater use of desalinated water has been driven by governmental targets to ensure affordable self-sustainability. 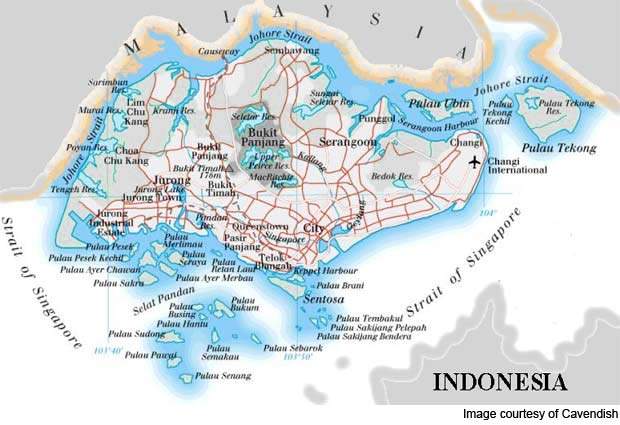 Singapore is less than 700km<sup>2</sup> in area, of which only around 10km<sup>2</sup> is water. Limited natural fresh water resources – and the high population density – make sourcing alternative supplies of potable water of great national importance.

Completed some three months ahead of schedule, Singapore’s first desalination plant – the largest of its kind in Asia – ranks among the most energy efficient ever constructed, enabling it to achieve the lowest desalinated seawater price in the world. Opened in September 2005, within its first year of operation the plant has won a distinction in the 2006 Global Water Awards and two of the companies involved have gained industry honours for their work on the project.

At 110,000m3/day, the Tuas seawater reverse osmosis (SWRO) plant has sufficient capacity to meet around 10% of the national demand – and at a price which challenges the notion that desalination is a high-cost option. Based on a pre-defined formula, the water sale price varies monthly with prevailing fuel cost and annually with inflation. The initial tender figure was $0.78/m3 for 2005; in practice the plant’s efficiency has meant that the actual first year selling price approaches half that.

The project cost was S$200m and project finance came from a S$165m loan facility, together with a S$35m equity investment from Hyflux. A syndicate of international banks was involved in funding the plant. The arrangement comprised a senior debt facility of up to S$158.5m to fund 80% of the project budget, with an associated contingency facility of up to S$6.5m which had been put in place to cover 70% of the costs in the event of an overrun. The balance was made up from the original Hyflux equity contributions into SingSpring.

The high population density of Singapore – over eight times the residents of Washington DC in an area little more than three and a half times bigger – makes sustainable water resources management of particular importance. Rainfall accounts for around 50% of the country’s domestic supply, with the remainder chiefly imported from Malaysia – sources described as the traditional two “National Taps.” In May 2002, the Singapore Public Utilities Board (PUB) announced an initiative to increase supply capacity by enlarging the water catchments area and at the same time increase these sources of supply.

However, seeking to move towards long-term self-sufficiency and to reduce its reliance on foreign supply, the board developed a strategy called the Four National Taps – adding reclaimed water as the third and desalination as the fourth.

Implementing this fourth tap began in January 2003, with the award of the 20-year design-build-own-operate (DBOO) contract to SingSpring – originally a joint venture consortium between Hyflux (70%) and the Ondeo Group, but subject to a Hyflux buy-out in June 2003.

Working in close collaboration with the engineering, procurement and construction (EPC) contractor Hydrochem (another wholly owned subsidiary of Hyflux), Black & Veatch designed the plant – selecting membrane technology as the most cost-effective approach. This, coupled with the use of proven and reliable pre-treatment processes able to function efficiently under all likely circumstances, ensured the inherent operational flexibility to allow optimised responses to fluctuations in both water demand and electricity price.

The groundbreaking ceremony took place on 16th January 2004, attended by Lim Swee Say, the country’s Minister for the Environment. The plant was completed the following year and formally opened by Singapore’s Prime Minister, Lee Hsien Loong, on 13th September 2005.

In March 2006, Black & Veatch received a project merit award from the Environmental Business Journal for its work on the plant. Later in the year, the Global Water Award judges recognised the facility itself with a distinction and named Hyflux their Water Company of the Year.

The plant design uses an open seawater intake structure, with two separate inlet channels each equipped with mechanical rake coarse screens. Growth inhibitors are added to the intake to reduce the potential for marine growth to accumulate around the screens, pipes and other structures. Further chemical dosing systems ensure adequate pH correction and enable the addition of polymer coagulants.

Oil, grease and suspended solids are removed from the flow by dissolved air flotation (DAF), prior to the primary gravity sand filters (GSF) and the flow subsequently passes through secondary pressure sand filtration (PSF) before entering the reverse osmosis section of the plant.

The RO treatment process itself consists of two passes through the installed membrane batteries. On the first pass, dissolved solids are removed from the flow; the purpose of the second is to enable the RO units to reduce the boron level in the treated water.

One of the key factors in the economics of SWRO is energy usage – particularly relevant in the Tuas plant, since the monthly variable purchase price is predicated on fuel costs. The energy recovery system (ERS) at this facility, which has been designed with the specific intention of minimising operating costs, consists of a pelton wheel type system and pressure exchange energy recovery. The success of this approach is clear. At 4.1kWh/m3, the plant is one the most energy efficient ever built; the first year selling price of $0.48/m3 is the world’s lowest for desalinated seawater.

Downstream of the RO process, dosing facilities introduce lime to the product water to control the pH and improve the taste, together with the chlorine and ammonia used for disinfection. Fluoride is also added. A series of treated water tanks hold the product prior to entering the main transmission line.

The brine stream discharges into the sea through a submerged outfall, the positioning and capacity of which was the subject of extensive assessment to mitigate its environmental impact.

Described as “a brilliant work of engineering” by the Global Water Award judges, the Tuas SWRO plant – one of the largest in the world – has an important role to play in Singapore’s drive to ensure the provision of sufficient water to meets future needs at an affordable cost.

The contract was awarded by the Singapore Public Utilities Board (PUB) and the DBOO contractor is SingSpring, a wholly owned subsidiary of Hyflux. Black & Veatch were responsible for the design and permitting stages, also providing support services during construction, commissioning and operation. The EPC contractor was Hydrochem.