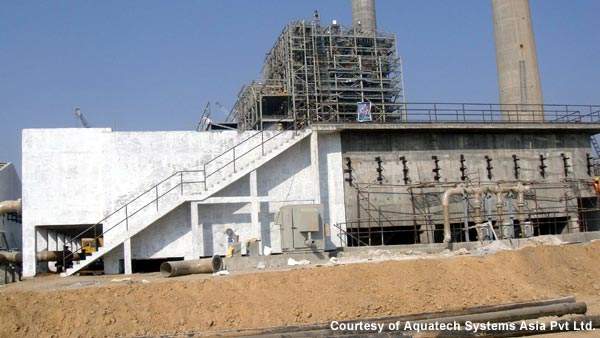 The 514gpm pre-treatment plant with lamella clarifiers (under construction) that is used at the CGPL UMPP seawater reverse osmosis plant. 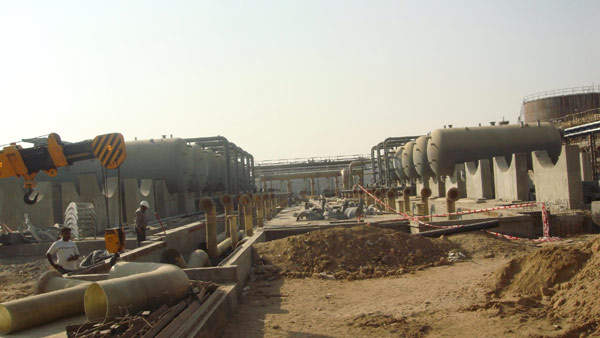 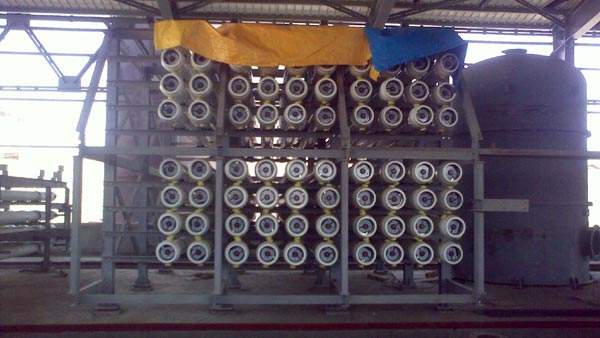 The desalination plant at the CGPL UMPP power plant will use seawater reverse osmosis technology. 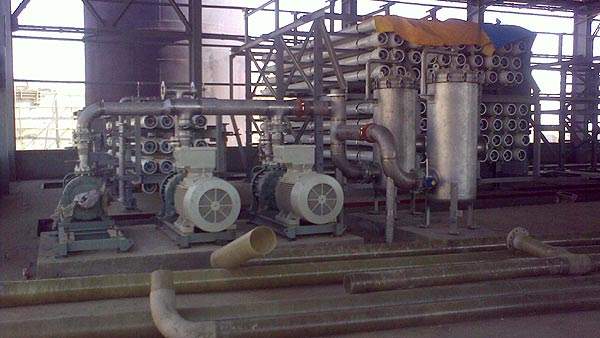 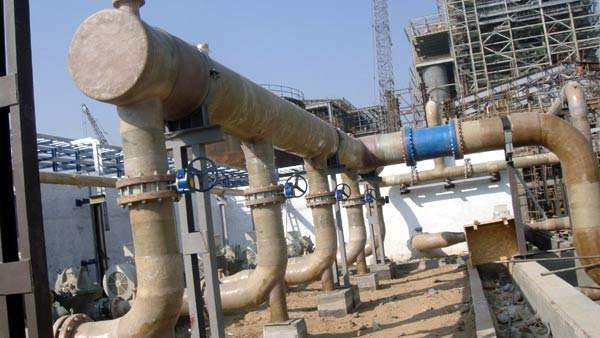 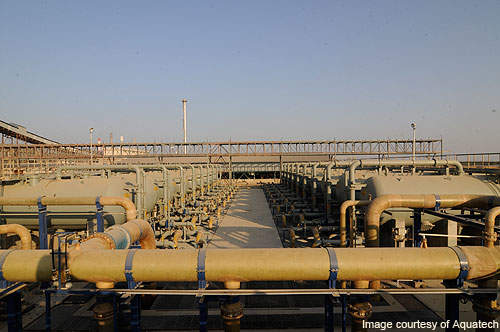 Operations of the SWRO plant began in November 2010. 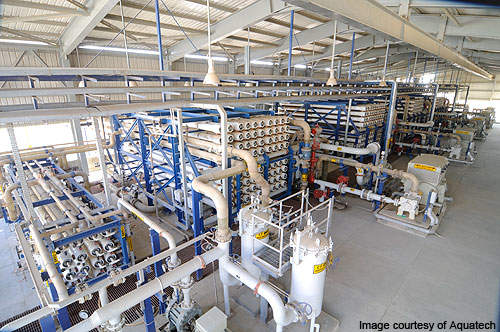 Installation of the entire system at the UMPP SWRO plant was completed in August 2010.

The seawater desalination plant on the Mundra coast, in the Kutch district of the state of Gujarat, is India’s first ultra mega power project (UMPP).

The main boiler and utilities of the UMPP will use treated seawater from the desalination plant for cooling and various end-user applications.

The desalination facility at the power plant will use seawater reverse osmosis (SWRO) technology and will have a seawater treatment capacity of 25,200m³ a day (4,622gpm / 25.2mld).

Construction of the desalination plant began in March 2009. The entire installation at the SWRO project was completed in August 2010. Two of the four trains were commissioned by March 2011 and the remaining two will be commissioned by the end of 2011, a year ahead of schedule.

The coal-fired 4,000MW UMPP is India’s first private-sector power project to use super-critical technology. The Rs17bn ($4.2bn) project will be one of the most energy-efficient and environmentally friendly power plants in the country. It is expected to be commissioned by the end of 2012.

The seawater required for the power plant is drawn from the Mundra coast in Gujarat. Total dissolved solids (TDS) in the feed water vary from 42,000mg/l to 46,000mg/l with a maximum temperature of 95°F (35°C).

The main challenge in the design of the desalination plant was that it should be able to recover 40% TDS from the difficult feed water through permeates.

Two open channels measuring approximately 6.5km and 4.9km in length are used for seawater intake and the discharge of condenser cooling seawater, respectively.

Sodium hypochlorite is added to the feed seawater and pre-treatment is done in the lamella clarifiers where coagulant and polymers are added. The clean water is fed to the primary and polishing filters.

Prefiltration antiscalants are added to the filtered water before passing it through cartridge filters. The water is added with sodium bisulphite and pumped into seawater RO units using SWRO booster pumps. The desalinated water is transferred to a suckback tank and finally stored in a permeate tank. The treated water is supplied to the power plant from the permeate tank.

“Part of the desalinated water in the permeate tank will be treated to produce permeates of 3,600m³ a day. “

A part of the desalinated water in the permeate tank will be further treated in the BWRO system to produce permeates of 3,600m³ a day (660gpm). The pure water will be passed to the upstream mixed beds demineralisation plant for boiler feed applications.

The technology by Aquatech at SWRO outlet produces treated water quality with TDS levels of less than 450mg/l for a feedwater TDS of 42,000ppm. The TDS levels at the BWRO outlet is less than 5mg/l.

The concentrate disposal generated from the plant is discharged back to the sea with a line connected to the cooling tower.

The Mundra UMPP is entirely owned by Coastal Gujarat Power (CGPL), a special purpose vehicle formed for the project by Tata Power. Tata Power is the largest private sector power utility in India with a power generation capacity of 2,300MW and is also involved in trading, transmission and distribution of power.

In October 2008, CGPL awarded the engineering procurement and construction contract for the SWRO desalination plant to Aquatech Systems Asia. The value of the contract was approximately Rs710m ($15.47m). Aquatech has been providing operation and maintenance (O&M) services for the desalination plant from November 2010. The O&M services will be provided for a period of three years.