Thickened biosludge mixed with raw sludge; dewatered by centrifuge and then incinerated

Discharge from Plant to the Outlet Chamber

Discharge from the Outlet Chamber to the Sea

Duration of Operation and Maintenance Contract 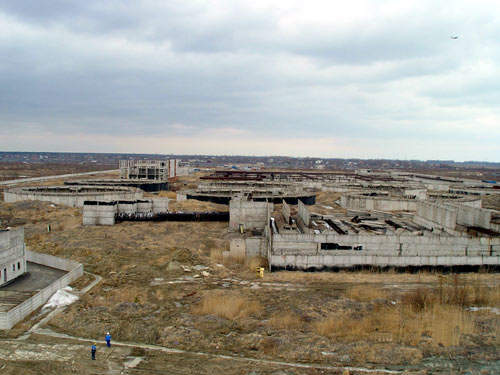 The construction of the UZOS South-West Wastewater Treatment Plant originally began in 1987 and was finally completed in 2005. 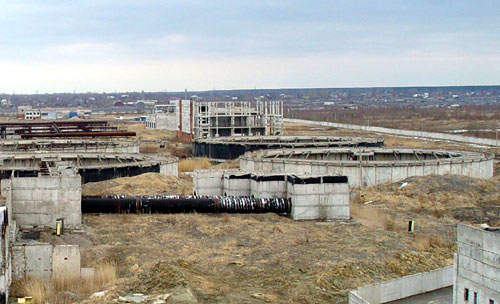 The completion of the wastewater treatment plant was designated as the single most important water protection project in the Baltic Sea region. 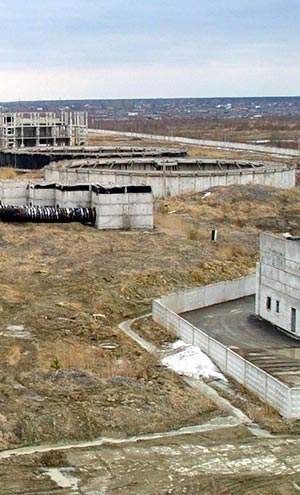 The project involved some partial demolition work, but much of the existing structure was incorporated into the final plant. 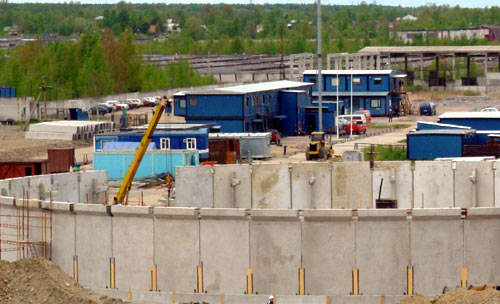 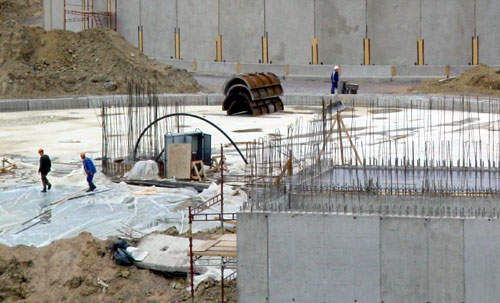 The project called for the construction of four new equalising tanks, a by-pass pipeline and new sludge thickener tanks. 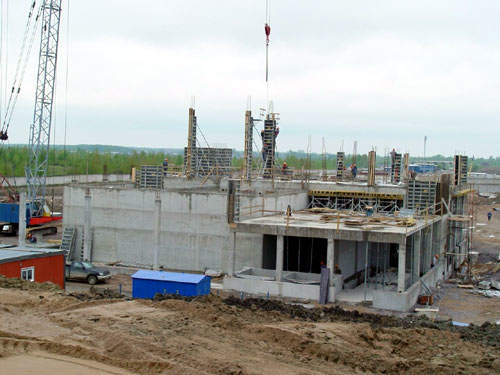 The South-West Wastewater Treatment Plant (UZOS), designated as the single most important water protection project in the Baltic Sea region, was completed in September 2005. The wastewater treatment plant was inaugurated by Vladimir Putin, who was the Russian president at that time, and Finish President Tarja Halonen.

Commenced in the days of the former Soviet Union and postponed due to a lack of funds, the project received finance from a variety of Western European and Scandinavian sources – including, for the first time ever, the European Investment Bank – to the Russian Federation to finish the job.

The plant has an average daily capacity of 330,000m³ and treats wastewater from 720,000 of St Petersburg’s five million inhabitants. In addition to the completion of the wastewater treatment plant and the effluent discharge pipes, which use many of the existing, unfinished structures, associated works included the construction of a sludge incineration plant and upgrades and extensions to the city’s sewer system.

The incoming wastewater flow is ultimately treated in three stages – mechanical, biological and chemical – providing an eventual effluent, which fulfills the requirements established by Helcom, the Helsinki Commission for Baltic Sea water.

Ownership of the overall project lies with a special purpose vehicle, Nordvod, which was established as a limited liability company in Russia. It is owned by the St. Petersburg water utility, Vodokanal, the Nordic Environment Finance Corporation (NEFCO) and a consortium comprising YIT, Skanska and NCC. The building work was handled by SWTP Construction, which was also a YIT / Skanska / NCC consortium.

The financial agreement for the project was signed in December 2002 and construction work began on 21 March 2003. Completion was scheduled for August 2005. The overall project cost €180m.

Construction originally began in 1987 but a lack of finance led to a severe curtailment of work by the middle of 1992 and its full cessation three years later, when around 40% of the plant had been completed.

“The plant treats the wastewater from 720,000 of St Petersburg’s five million inhabitants.”

Continuing economic development and population growth, coupled with insufficient wastewater treatment capacity, led to increasing quantities of untreated sewage – amounting to between 25% and 30% of St. Petersburg’s wastewater – being discharged into the Neva river.

This pollution of the Gulf of Finland was deeply unpopular both with the city authorities and the neighbouring Baltic states, leading to a frank and comprehensive discussion of the problem with officials from St. Petersburg, Stockholm and Helsinki in June 1999.

In the same year, at the second meeting of the EU-Russia Energy, Environment and Nuclear Subcommittee, a number of potential western European sources of finance were identified to fund a completion project. By the end of 1999, a pre-investment appraisal had been made.

In financial terms, this scheme achieved many firsts. Aside from being the first ever European Investment Bank loan to the Russian Federation, it is the first project in Russia to use combined private, budget and donor financing. It also has the distinction of being the first project to be implemented under the framework of Northern Dimension Environmental Partnership (NDEP), an international programme, initiated by the EU, countries around the Baltic and international financial institutes.

The main elements of the completion project consisted of constructing four new equalising tanks, a by-pass pipeline, two new secondary sedimentation tanks, new sludge thickener tanks and a number of new buildings, including two gatehouses. In addition, the existing site wall required finishing, associated pipes and cables were needed and, although much of the existing plant was incorporated, there was some partial demolition work involved. Finally, the site was landscaped and planted, and the existing site fence rehabilitated and completed.

The construction of the effluent discharge pipeline to the Gulf of Finland comprised two elements. The onshore part, from the plant to the outlet chamber at the seashore, consists of two underground concrete gravity sewers, extending to over 4km in total. The submarine section, from the outlet chamber to the discharge point at sea, is made up of two steel pipes, with a total length slightly under 5km.

“A 40% to 60% reduction in heavy metal salts has also been predicted.”

As the final part of the effort to improve St. Petersburg’s sanitation system and reduce Baltic sea pollution, a sludge incineration plant was constructed.

The sludge incineration plant was an integral part of the whole wastewater treatment plant project. The decision to install one at the UZOS facility was taken in the light of the successful performance of similar plants at two of St Petersburg’s other WWTPs.

The system is able to process approximately 68t/d of dry solid. It incorporates state-of-the-art technologies, including fluidised bed furnaces and flue gas purification filters, in full compliance with EU environmental standards. The incineration plant was operational by the end of 2005.

The incinerator’s output is expected to be used as building materials, initially in the road construction anticipated in the south-west of the city as a result of house building made possible by the extra capacity of the completed WWTP. According to estimates, the finished plant could adequately service more than four million square metres of additional residential development.

The improvement of St. Petersburg’s wastewater treatment leads to a significant reduction in the amount of the major pollutants discharged annually to the Gulf of Finland, particularly in terms of suspended solids, phosphorus, nitrogen and organics. In addition, a 40% to 60% reduction in heavy metal salts has also been predicted.

The completion project was sponsored by the City of St Petersburg and supported by the Russian Federation. Nordvod, the Russian ownership company, is 41% owned by the NCC / Skanska / YIT consortium, 41% by Vodokanal and 18% by NEFCO. SWTP Construction was the main contractor and Ecovod was set up as the operating company, which is responsible for the plant operation, management and maintenance for 12 years after completion.

“A total of 14 financing sources from Western Europe and Scandinavia were involved in funding the project.”

Vesa Ekholm and Antero Syrjänen were the architects and the structural design was done by Insinööritoimisto Vahanen.

Plancenter was responsible for the mechanical, site works and process design, with Ettelplan Oy in charge of the electronics, control and automation. The main plant designer was SUE Lengiproinzhproect.

A total of 14 different financing sources from Western Europe and Scandinavia were involved in funding the project, providing a variety of bank loans, government grants and donations.

The bodies involved include the European Bank for Reconstruction and Development, the Nordic Investment Bank, the European Investment Bank, the Northern Dimension Environmental Partnership, the Finnish Ministry of the Environment, NEFCO, the Swedish International Development Agency, the Swedfund International AB, Tacis and the Finnish Fund for Industrial Cooperation.