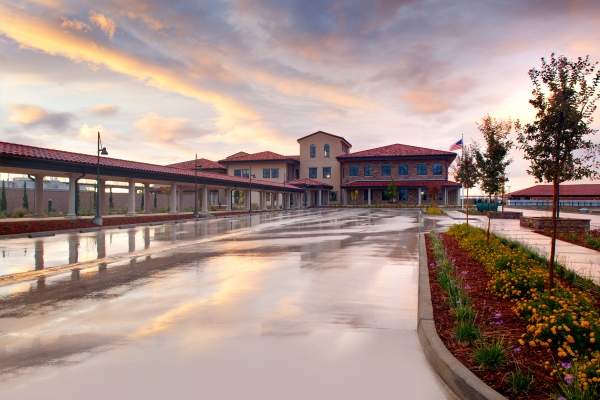 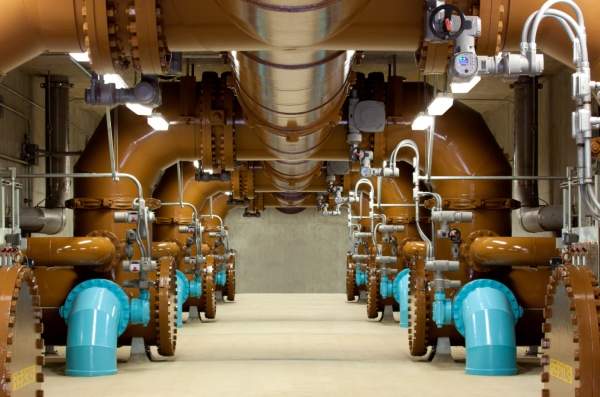 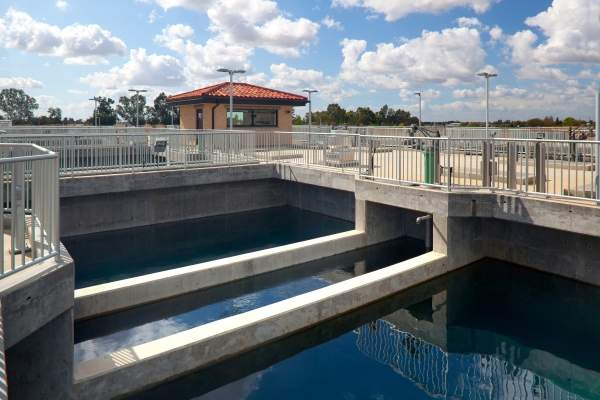 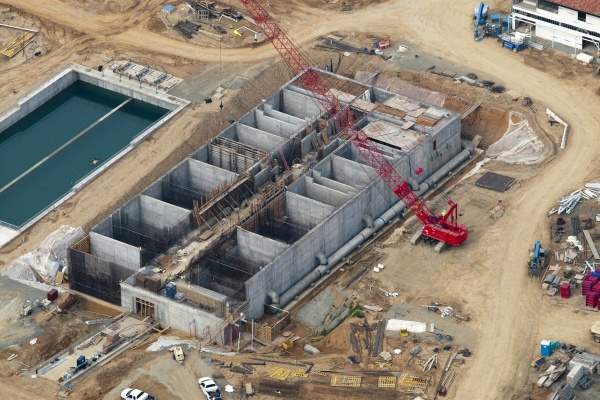 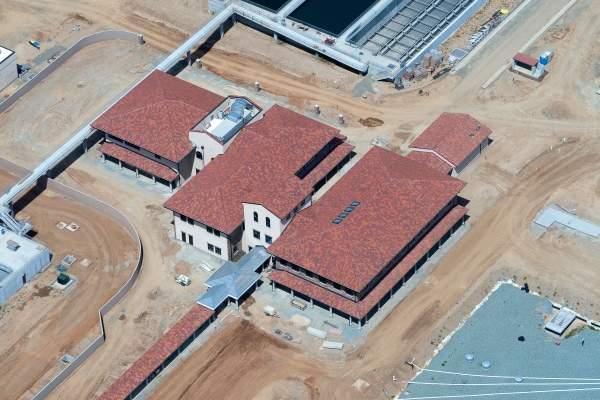 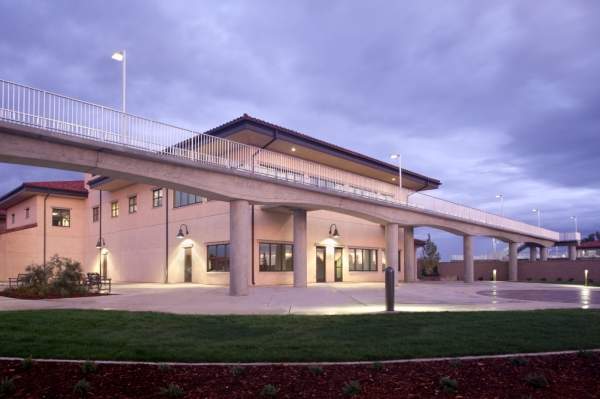 A pedestrian bridge leads to the flocculation and sedimentation basin deck and filter deck from the control room of the Vineyard Surface Water Treatment Plant in Sacramento, CA. Image courtesy of Balfour Beatty Infrastructure, Inc.

The Vineyard Surface Water Treatment Plant is located in south Sacramento County in the state of California, USA. The facility was built at a cost of $207m and represents the biggest project ever undertaken by the Sacramento County Water Agency.

The plant is situated 1.6km east of Bradshaw Road, at the northeast corner of Florin and Knox roads. Sacramento County Water Agency, which was created in 1952 by the state of California, is the owner and operator of the facility.

Ground breaking ceremony for the plant was held in May 2008 and it was commissioned in October 2011.

Initial treatment capacity of the plant is 50 million gallons of potable water a day (mgd). This will be increased in the next expansion phase to treat up to 100mgd, which is sufficient to meet the demands of 100,000 homes and businesses.

The FRWA was created by a joint powers agreement (JPA) between the Sacramento County Water Agency (SCWA) and East Bay Municipal Utility District (EBMUD) in 2002, to increase surface water supply and minimise the county’s dependence on groundwater.

The project will facilitate the aquifers located in the central region of the county to recharge.

Other facilities include a clear well / chlorine contact tank, an electrical building and a 5,220kW treated water pump station.

Design features and sustainability of the Californian water project

The footprint of the project is 315,655m², approximately equal to 60 football fields. The largest structure constructed on the site is the clear well spread over approximately 18,210m². Its storage capacity is 20 million gallons, which is almost equal to 1,300 swimming pools.

The Italian Tuscan-style architecture of the building emulates the commonalities of a vineyard. This architecture is complemented by the California Central Valley-type surroundings.

This LEED Gold certified building features an innovative cooling design to adjust outside air for its building interiors, architectural design that maximises the use of natural daylight, automatised lighting control systems to minimise energy consumption, use of low volatile organic compound (VOC) products and reduced potable water consumption. Local and recycled construction materials were used in the construction wherever possible.

Power for the operations of the facility is provided by a solar photovoltaic (PV) generating system built on the roof of the clear well. The solar power system has the capacity to generate more than 1MW of direct current.

The vineyard surface water treatment plant treats surface water sourced from the river Sacramento through to the new Freeport Regional Water Authority intake and pipeline which was commissioned in 2010.

"The general contract for the construction of the Vineyard plant was awarded to Balfour Beatty Infrastructure."

The plant employs a multistep approach to remove sediment and kill harmful organisms such as bacteria and viruses.

The finer suspended particles that escape the first step are removed by passing the settled water by gravity through filters containing granular media.

The filtered water is then disinfected by adding chlorine. Disinfection is usually done to kill any remaining bacteria or other illness-causing organisms.

The general contract for the construction of the Vineyard plant was awarded to Balfour Beatty Infrastructure.

It won the $207m contract in March 2008. Vineyard is the largest self-perform project that Balfour Beatty has ever undertaken.

The architectural / designing and structural engineering services for the project were provided by MWH, a global wet infrastructure and water engineering provider located at Broomfield in Colorado.

Teichert Readynix was the concrete producer and Davis Smith Masonry was the masonry contractor. Fuhrman Leamy Land Group was the landscape architect. Construction management services were provided by Psomas.

The engineering, procurement and construction contract (EPC) for the onsite solar power system was awarded to Intermountain Electric (IME) in 2011. Consulting services for this part of the project were provided by MWH.