Compliance at all Fylde coast beaches 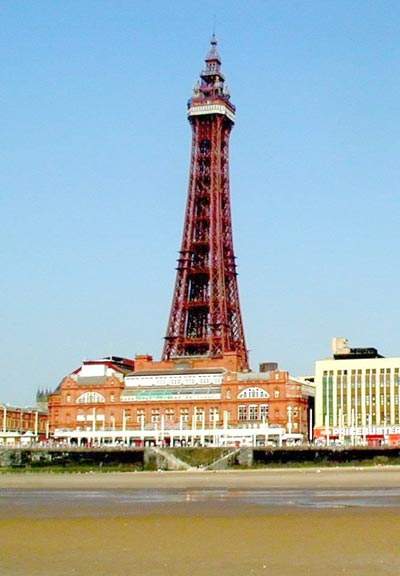 The seaside resorts along the Lancashire coast play a major role in the local economy. Blackpool alone is visited by over 17 million people every year. 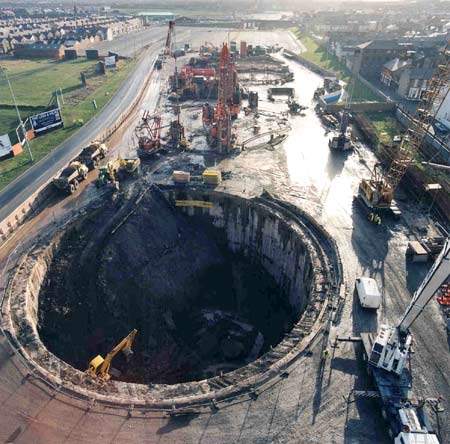 In 1999, a major stormwater storage facility was constructed beneath one of Blackpool's car parks, as part of an ongoing regional programme to improve bathing water quality. 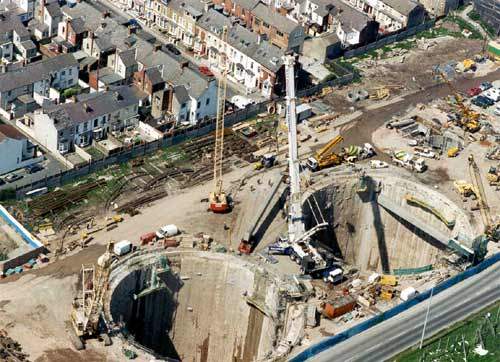 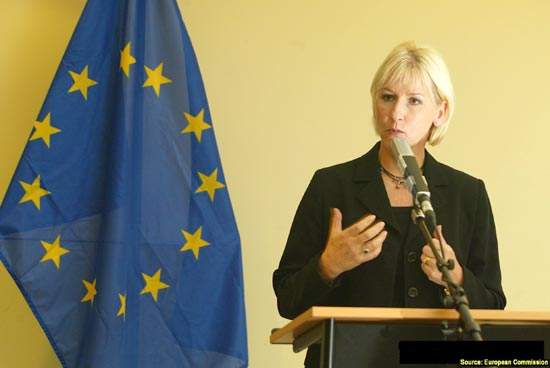 In May 2001, European Commissioner Margot Wallström presented a report praising the improvements achieved along the Fylde Coast. The Commission dropped its legal action for non-compliance.

Tourism plays a major part in the economy along much of the Fylde coast of England. This region, bounded by Fleetwood to the north and the Ribble estuary to the south, has four main population centres: Blackpool and Lytham St Anne’s north of the river; Southport to the south; and Preston, located further inland. Blackpool is one of the country’s most famous resorts and is visited by over 17 million people a year.

The area had a long history of water quality problems, which had increasingly begun to threaten the local tourist industry. In 1993, this culminated in a judgment against the United Kingdom by the European Court of Justice for repeated failures to meet the EU Bathing Water Quality Directive (Council Directive 76/160/EEC) since the deadline for compliance expired in 1985.

A major programme of improvements was required. North West Water (now part of United Utilities) have implemented a number of co-ordinated schemes to enhance sewerage infrastructures and augment wastewater treatment capability in order to address the quality of bathing water along this part of the coast. These included the provision of improved disinfection facilities and substantially increased storage for stormwater, together with the upgrading of treatment works and changes to outfall arrangements.

An estimated £600 million has been invested over the past ten years in these new infrastructure projects and associated works, which have been very successful in achieving a marked reduction in bacterial loading entering coastal waters.

North West Water (NWW) began the programme with extensive fieldwork, in collaboration with the Environment Agency (EA), aimed at identifying the sources of pollution and establishing any possible links between particular inputs and non-compliance. These studies provided a useful preliminary insight, but it became apparent that further research was required to provide robust quantitative data, both to enable the programme to be properly designed and to allow its effectiveness to be measured. NWW contracted this work out to the Environmental Water Management Research Centre (EWMRC), University of Wales (Cardiff). The EWMRC team developed a modelling tool to quantify the impact of the various local inputs on the quality of the receiving coastal water, which ultimately could also be used to make an objective assessment of the outcome of the improvement schemes themselves.

The improvement plan NWW / United Utilities implemented consisted of an integrated series of measures considered necessary to ensure bathing water compliance in the area. The existing wastewater treatment works at Southport, Hesketh Bank, Preesall and Preston were upgraded and new ultra-violet disinfection equipment installed. In addition to these treatment facility upgrades, combining sewage flows was used to enhance the Preston plant’s overall performance, while at Southport stormwater management was improved. The Hesketh Bank and Preston plants were also provided with improved stormwater storage and management systems, with similar changes being implemented at the Fairhaven/Lytham and Harrowside works. The Hambledon treatment plant was closed and its flows transferred to Fleetwood.

In the area of Blackpool itself, the focus of the programme was concentrated on reducing the volume of stormwater effluent entering the bathing waters. The town has three major pumped outfalls; limiting the discharge from each involved the construction of a substantial increase in the stormwater storage available.

The initial sizing and design work was undertaken by Bechtel Water Technology. Subsequently, Bachy Soletanche were awarded the full design and build contract for the two 60,000m³ circular tanks, each of which was 36m in diameter, 40m deep and required in excess of 6,000m³ of concrete to make. They were sited upstream from one of the outfall pumping stations, adjacent to the Fleetwood WWTP, underneath Blackpool’s Bloomfield Road car park. The construction of the tanks involved the use of two Hydrofraise drilling machines, which were used to excavate down to the required 45m depth. The precision of these machines, coupled with their ability to cut through set concrete panels accurately was of great importance in the operation, allowing the tanks to be put in place and the necessary joints made with minimal disruption. After construction was completed, the car park was reinstated.

Under storm conditions, water is discharged into the tanks by gravity, remaining there until the flows in the wastewater network return to normal. It is then pumped to the WWTP for treatment via the Fylde interceptor sewer tunnel.

The Bathing Water Quality Directive established a set of community standards for a range of key parameters and requires Member States to carry out regular monitoring. Assessment involves two microbiological parameters, as indicators of faecal pollution, and three physico-chemical factors, the so-called aesthetic parameters. Some of the standards (the “imperative values”) are binding, while other, more stringent targets are set as guide values. Since the deadline for compliance expired in 1985, all Member States have been required by law to meet these minimum imperative values.

After the 1993 judgment, the European Commission agreed a stay of enforcement to allow the planned programme of improvements to be undertaken, which were then anticipated to bring compliance for the nine bathing areas involved within three years. However, when 1996 and 1997 also brought failures, the Commission began a second action in the European Court.

In 1998 and 1999, by which time the main elements of improvement programme had been completed, three of the nine bathing areas in question had managed to meet the Directive standards. In 2000, the first season after the installation of the new stormwater storage arrangements, all three of the designated waters around Blackpool (Blackpool North, Blackpool Central and Blackpool South) all met the Directive’s mandatory imperative standards The next year, all of the Fylde coast beaches complied and, in May 2001, European Commissioner Margot Wallström presented a report praising the improvements achieved. The 100% pass rate prompted her to withdraw the infraction action, which was then progressing through the European Court and would ultimately have cost the UK taxpayer around £70,000 a day in legal costs until resolved.

The improvement continued. By 2002, three of the Northwest beaches managed to meet the tougher guideline standard and that number rose to 18 the following year. Achieving this level of water quality allows local councils to apply for the prestigious Blue Flag award for their beaches, assuming they also provide first class facilities, including lifeguards, first aid provision and good access for disabled visitors.

The cleanliness of the water at Lancashire’s coastal resorts had been a long-standing issue, especially given the huge contribution seaside tourism makes to the economy of the whole county. The programme of improvements implemented in the region have had a major positive impact on water quality and thus on potential visitors’ perception of the region as a tourist venue. United Utilities expect to have the last few remaining elements of the project completed before 2005.