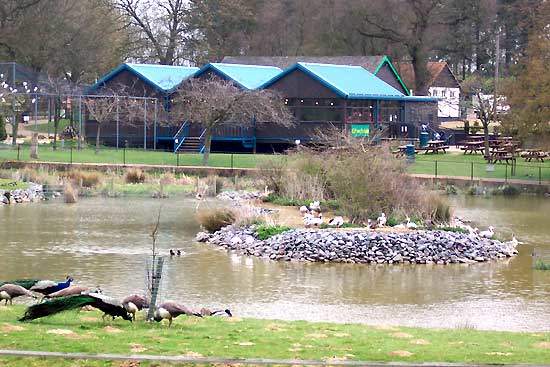 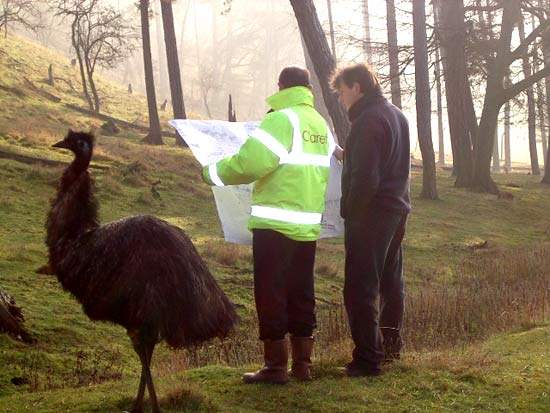 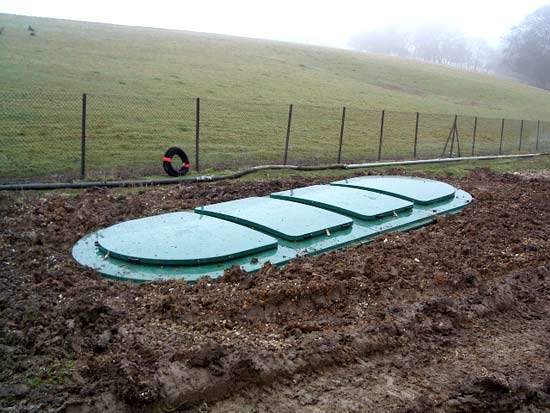 Phase 1 of the project involved the installation of underground tanks along with attenuation ponds, reed beds and extensive pipe-work. 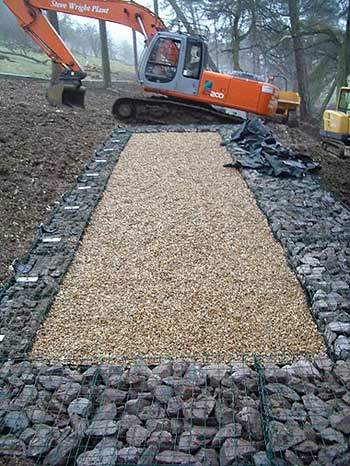 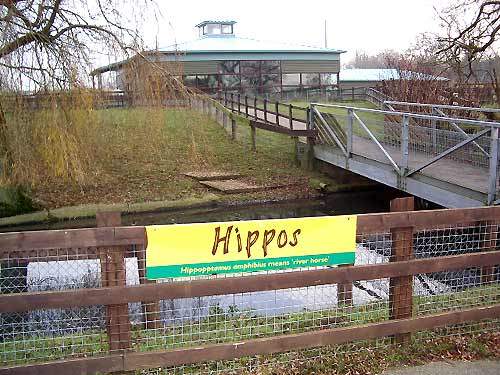 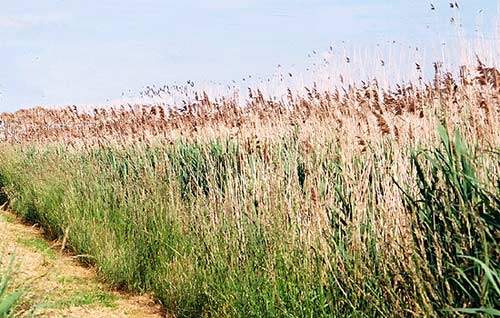 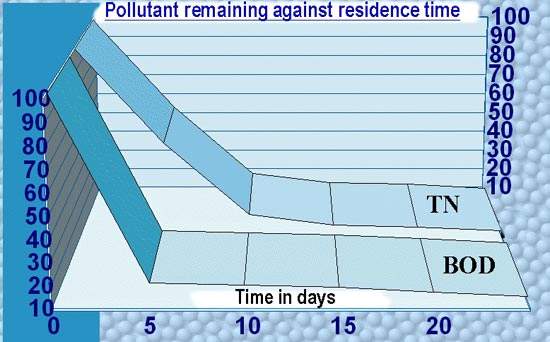 An extensive programme of works is currently underway to upgrade the wastewater treatment system at Whipsnade Wild Animal Park, representing a three-phase redevelopment project scheduled for final completion in 2006.

The Zoological Society of London – a major conservation charity – required a solution to their animal enclosure effluent which would not only meet the standard for Environment Agency (EA) discharge consent but also ensure minimum environmental impact. After careful examination of the options available, the contract was awarded to Alpheus Environmental for an on-site system utilising reed beds and designed to maximise the Park’s re-use of water.

As part of a systematic environmental review undertaken in 2003, it became clear that the existing approach to managing effluent from the Park’s animal enclosures needed to be upgraded. Originally, piping the flow off-site to the local wastewater treatment plant was explored, but this was eventually rejected on the grounds of cost and insufficient capacity, in favour of seeking an on-site solution. Although the volumes of water involved are high, much of it is relatively easy to treat – the regular changes of water in the various pools and moats are made more for aesthetic reasons rather than contamination. Consequently, for much of the flow, polishing and re-circulation was seen to be a viable option, with further extensive treatment being used for the more difficult waters.

The final selection was heavily influenced by the Zoological Society’s own environmental stance and the flagship nature of Whipsnade, which was Europe’s first open zoo and is today one of the largest wildlife conservation parks. Inevitably, the requirement to provide an environmentally friendly process stream was of paramount importance throughout, resulting in a final design which offers energy efficient treatment, and maximises water recovery and new habitats for native wildlife across the site.

The project is spread over three years and divided into three separate phases.

The first phase of the work, which was completed in September 2004, incorporated the penguin, chimpanzee and seal enclosures. This involved installing a new pipeline to take wastewater from the penguin pools into an underground tank from where it is pumped via a rising main to a manhole chamber close to the moat surrounding the newly built chimp quarters. The combined wastewaters then flow to an additional chamber adjacent to the seal enclosure where water from the seal pool joins the system. This unified flow subsequently enters a series of attenuation pools and then ultimately a reed bed system, which treats the water prior to discharge into the Park’s existing Lake Daedalus.

The second phase involves redeveloping the wastewater arrangements for the hippopotamus enclosure – home to ten pygmy and common hippos – comprising four connecting pools. Wastewater will be drawn from the pools, screened and passed first through a package treatment plant before being discharged into a terraced series of ten reed beds. The construction stage of this part of the project is largely finished, though the reed beds are still to be planted. Once completed, the treated water collected from the beds’ final soak-away will be re-circulated back to the pools to provide closed loop continuous treatment.

The final phase of the project, which is scheduled to begin towards the end of 2005, will take four months to complete and will upgrade the treatment regime for the elephant enclosure.

Reed bed systems are effectively self contained, constructed wetlands designed to optimise naturally occurring microbiological, chemical and physical processes to bring about treatment of effluents. Many species of emergent macrophytes have the ability to transfer oxygen to their submerged portions – a feature which helps them to cope with effective water-logging and functional anoxia in nature. Phragmites spp. reeds are particularly effective exponents of this biological oxygen pump and as much as 60% of the oxygen they transport to their roots can pass into the surrounding region – termed the rhizosphere. The aerobic conditions which this creates within the substrate helps to support a thriving microbial community, which is responsible for the treatment of the inflow by breaking down the organic chemicals contained in the wastewater, degrading these complex compounds into their simpler components.

Typically, effective organic carbon degradation requires a minimum oxygen flux of one and a half times the input BOD loading – a level which also facilitates the direct oxidation of hydrogen sulphide and ammonia. Other potential pollutants can be fixed by adsorption onto the substrate itself, or by physical reactions, such as cation exchange, within it. Such systems can typically achieve better than 95% pollutant removal in routine operation, though this can be adversely affected by excessive water-logging, surface run-off, poor substrate penetration or the development of preferential drainage channels.

The use of sequential modulated or terraced beds – as at Whipsnade – effectively minimises the impact of these problems. The flow travels forward at an angle slightly inclined to the vertical, which spreads the influent over the surface. By providing a series of interconnected reed beds, a large effective area is provided for treatment, while the potential for any individual component of the overall system developing a problem to significantly inhibit treatment efficiency is greatly reduced.

Whipsnade is owned and run by the Zoological Society of London. Alpheus Environmental was the main contractor, with Clarets providing civil engineering services and RSK ENSR acting as consultants. Other contractors included Wilo Pumps, Waterproofing Services and Merton Hall Pond.