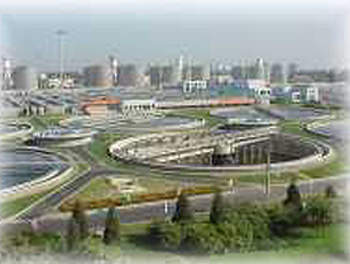 Jiangsu province is one of the fastest developing regions of China and the rapid expansion of Zhang Jia Gang has outstripped the relatively young city’s water treatment provision. To meet the increased demand from a growing population, the Zhang Jia Gang Running Water Company have undertaken a three-phase development programme ultimately intended to deliver 300 million litres/day.

In 1995, the contract for the first phase of the work was awarded to Purac. This was to provide a new water treatment plant and also included the provision of a new raw water intake, pumps and transmission pipeline, together with an integrated control system. The remaining two phases comprise upgrading the city’s pre-existing works and extending the new facility to full capacity, to meet the larger demands predicted for the future.

Phase I cost was estimated at just over $11 million and was financed by Zhang Jia Gang Running Water itself.

Phase I was on a very tight schedule and Purac negotiated extensively with a number of suppliers ahead of the formal contract award to ensure that the short delivery time scales could be achieved. During the main procurement phase, they took direct charge of importing the majority of the plant’s equipment and critical systems, including pumps, valves, control system and instrumentation, which also helped to avoid possible delays once construction was underway.

The work involved constructing the new treatment plant, a new intake, two 50 million litres/day feed water pumps and a 1.2m-diameter main pipeline to supply the new plant with water abstracted from the Yangtze River, over 20km away. To meet the deadlines of the project, the supply was brought online ahead of the treatment works, enabling the system to undergo early hydraulic testing to establish its continuity and integrity. Five new delivery pumps were also included in this phase and initially they were simply used to return untreated water to a local watercourse. They began pumping treated water to the supply network once the plant was online.

The SCADA control system consists of an integrated Modicon PLC network. Two ring networks control the operation of 16 sand filters, while a further five are used to coordinate the systems for the alarms, sedimentation and dosing facilities, the pumping substation, intake and the central control room. Copper SYNET and fibre optic links are used throughout to maximise performance and the plant’s control system also has direct, real-time communication with the intake and 26 monitoring outstations along the length of the pipeline, via Motorola two-way radio links.

After the completion of phase I, the water company itself undertook phase II to upgrade and improve the city’s old treatment works. The old intake pumping station had been in use for a number of years providing water from a local river, but it had been deteriorating rapidly for some time. To allow it to be taken out of service and decommissioned, 200 million l/day of water were pumped from the Yangtze along the new pipeline constructed in phase I, maintaining supply to both the old and new plants.

Phase III is the planned future extension of the new treatment works, which will double its capacity, expanding its daily output to 200 million litres. This phase will also requires the intake to be modified further, to accommodate the 300 million l/day it will then be required to deliver.

Purac was main contractor, directly supervising installation and taking the lead role throughout the commissioning phase of the programme. Zhang Jia Gang Running Water Company have responsibility for plant operation and supply. Engineering services were provided by Beijing Jinzhou and Golden State. Tryton provided electrical and instrument engineering services and supplied the control panels for the Schneider Electric SCADA system installed, with Minproc as the mechanical and process engineers. Anglia Water Group, Shanghai Lonhon Package Machinery and Ingersoll were amongst the other suppliers and contractors involved in the project.