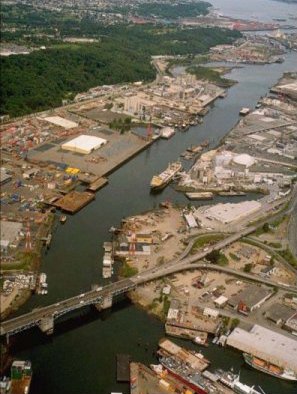 The Lower Duwamish Waterway cleanup project is expected to take around seven years to implement, plus an additional ten years to reduce contaminant concentrations to the lowest predicted concentrations through natural recovery, at a cost of $305m.

EPA is aiming to clean up the contaminated sediments and polychlorinated biphenyl (PCB) contamination in the Duwamish River by 90%.

EPA will also examine the impact of contamination on the residents living around the Superfund site, where toxic waste is dumped.

US Environmental Protection Agency Region 10 regional administrator Dennis McLerran said: "This plan is the product of our close coordination among the governments and businesses responsible for cleanup, and the communities and tribes who use the river for their food and livelihood."

"This cleanup will ensure that the Duwamish will be healthier and safer for the people and communities who rely on it, while also keeping the river open for business."

The cleanup plan will also involve a source control strategy to minimise the release of pollutants in the waterway and prevent re-contamination.

"EPA is aiming to clean up the contaminated sediments and polychlorinated biphenyl (PCB) contamination in the Duwamish River by 90%."

Washington State Department of Ecology Toxics Cleanup programme manager Jim Pendowski said that the source control strategy will be a continuous effort and commitment to prevent the re-contamination of the Duwamish sediments after the cleanup work.

"It takes broad involvement, including public agencies, businesses, and local residents, to sustain this effort. We’re all responsible for the health of the Duwamish," Pendowski added.

The waterway has been contaminated due to the sewer overflows, storm drains and industrial wastes for over 100 years.

During examination, over 40 hazardous substances were found in the sediments that could risk human and marine life residing near the water body.

The release of the proposed plan begins a 105-day-long public comments period on the proposal.

Image: The Lower Duwamish Waterway cleanup project will be carried out at a cost of $305m. Photo: courtesy of US Environmental Protection Agency.