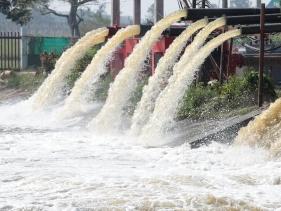 A new EPA funded wastewater treatment facility has been opened in Maryland, US after a significant infrastructure upgrade.

Construction and engineering companies from the local area worked for around a year to transform the outdated facility into an effective treatment plant.

Upgrades to the facility include the addition of biological and enhanced nutrient removal systems, which are effective at reducing pollutants, nitrogen and phosphorus loadings from entering the waterways that flow into the Chesapeake Bay.

The treatment facility protects the health and safety of families and provides clean water benefits for the Chesapeake Bay watershed.

Funds totalling $7.4m for the upgrade were received from the US Environmental Protection Agency (EPA), the states of Delaware and Maryland, as well as the town of Delmar.

Delaware senator Chris Coons said the facility demonstrates the importance of infrastructure improvements and show how two states along with and various levels of government came together.

"The upgrades at the facility translate into a brighter future for those served by the plant and for our treasured Chesapeake Bay," he said.

EPA regional administrator Shawn Garvin added: "This water infrastructure project is helping improve the health of local waterways and ultimately will benefit the Chesapeake Bay by substantially reducing this plant’s loadings of nitrogen and phosphorus pollution by as much as 85%."

Originally built in the mid-1980s, the plant was expanded to treat 30% more wastewater than the old treatment facility.

Figure Caption: A new wastewater treatment facility, which was funded by EPA, has been inaugurated.