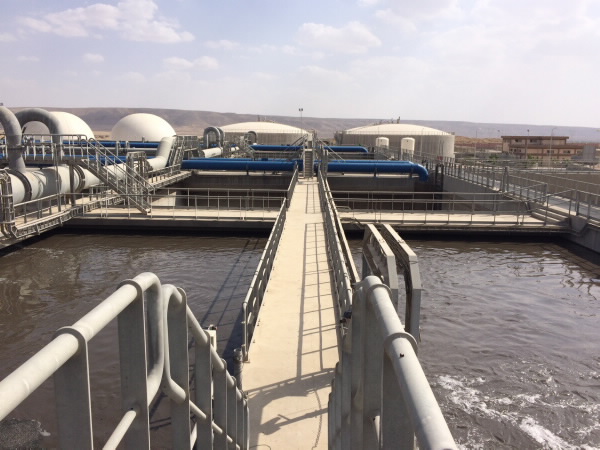 The Egyptian Ministry of Urban Planning has awarded a contract worth €2.4bn to a consortium led by Spanish water management firm FCC Aqualia for design, construction and operation of Abu Rawash wastewater treatment plant located in El Cairo.

Under the terms of the new contract, the consortium will be responsible for operating the facility for a period of 25 years.

The plant, which is intended to have a daily treatment capacity of 1.6 million m³ of wastewater, will be one of the largest treatment facilities globally, claims FCC Aqualia.

Once fully operational, the treatment facility will serve around 5.5 million people.

FCC Aqualia has won the contract through its subsidiary Aqualia New Europe, which is partially owned by the European Bank of Reconstruction and Development (EBRD).

Expansion plan for the wastewater treatment plant is in line with Egypt’s action plan to solve water and sanitation issues in the country.

Improvement of sanitation and water purification systems is also a part of the Millennium Development Goals (MDG) set by the United Nations.

The project is the second large scale project in Egypt for the Spanish firm, the first being awarded in 2010 for the design, construction and operation of a wastewater treatment plant in New Cairo.

Image: Once operational after the expansion project is completed, the wastewater treatment plant will be one of the largest in the world. Photo: courtesy of FCC Citizen Services Group.