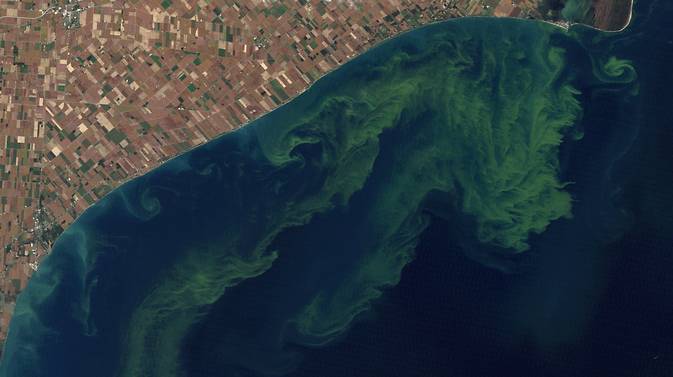 It is estimated that the cost of freshwater pollution due to the harmful algal blooms is around $64m.

Nasa administrator Charles Bolden said: "The vantage point of space not only contributes to a better understanding of our home planet, it helps improve lives around the world.

The data on harmful algal blooms collected during the project will be converted to a format that will be accessible to stakeholders through mobile devices and web portals.

Paula Bontempi of the Earth Science Division at NASA headquarters in Washington said: "Observations from space-based instruments are an ideal way to tackle this type of public health hazard because of their global coverage and ability to provide detailed information on material in the water, including algal blooms."

The new network will be built on previous NASA ocean satellite sensor technologies that had been developed to study the global ocean’s microscopic algal communities, the movement of carbon dioxide between the atmosphere and ocean, and climate change.

These sensors help identify harmful algal blooms by detecting the colour of the upper, sunlit layer of the ocean.

The project will also include a research component to improve understanding of the environmental causes and health impacts of cyanobacteria and phytoplankton blooms across the US.

Image: Toxic algal blooms like this one in Lake Erie in 2011 can cause human and animal health risks, fish kills, and degrade drinking water supplies. Photo: courtesy of USGS/NASA Earth Observatory.