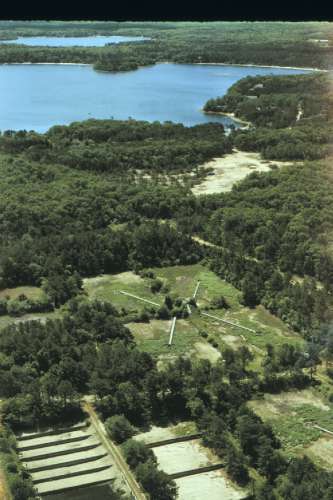 USGS had carried out the research in co-ordination with partners from the Virginia Institute of Marine Science and the University of Connecticut.

The process anammox, which was discovered just 20 years ago in wastewater treatment systems, can ensure removal of excess fixed nitrogen by chemically changing it back to nitrogen gas.

Following thorough studies under laboratory settings, the process has been found to "be ecologically important in marine and other surface water environments" only recently, USGS said.

"Because anammox is a process that can supply its own organic carbon by fixing carbon dioxide, naturally occurring anammox bacteria are ideally suited for life in groundwater, where they could potentially be important for fixed nitrogen removal.

"While practical applications are still in the distant future, this process could be particularly important where groundwater is discharging to surface waters and coastal environments."

The team had carried out the research at a carefully monitored USGS groundwater study site at Cape Cod in Massachusetts, findings from which have been recently published in the journal Environmental Science and Technology.