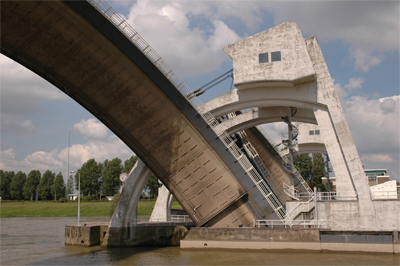 German conglomerate Siemens has won an order to upgrade the weirs at Hagestein, Amerongen and Driel in the Netherlands with operational, control and network technology.

The scope of the order, worth around €100m, will involve modernisation of three weir complexes on the Nederrijn and Lek rivers in the country.

Weirs are the barriers created across a river to regulate the water discharge. Developed between 1960 and 1970, these Dutch weir complexes in the northern parts of the country were intended to keep the water level of the river constant.

During excess discharge of water by the Rhine, the weirs are released to channelise the excess water to the sea at a much faster pace, and avoiding overflows.

Under the terms of the order, Siemens will be responsible for replacing technical installations and moving systems at the complexes. The weirs also need to be upgraded for Remote Operation.

The project, which is expected to be completed in 2021, will be carried out by the German firm in co-ordination with partners GEKA Bouw, BSB Staalbouw and Knook Staal- en Machinebouw.

The Driel weir, also known as ‘the tap of the Netherlands’, distributes water flowing in from the Rhine between the rivers, to ensure sufficient fresh water flow into the Ijsselmeer lake.

IJsselmeer is the largest freshwater basin in the Netherlands and supports potable water supplies in the country.

The German firm had signed an agreement with Silver Bullet Water Treatment in March this year to expand the commercial and industrial markets for the latter’s chemical free water treatment solution.

Image: Weir complexes in Hagestein, Amerongen and Driel are in the Dutch provinces of Utrecht and Gelderland. Photo: courtesy of Rijkswaterstaat / Siemens.