24.4 million litres of water per day

Ministry of Energy and Water 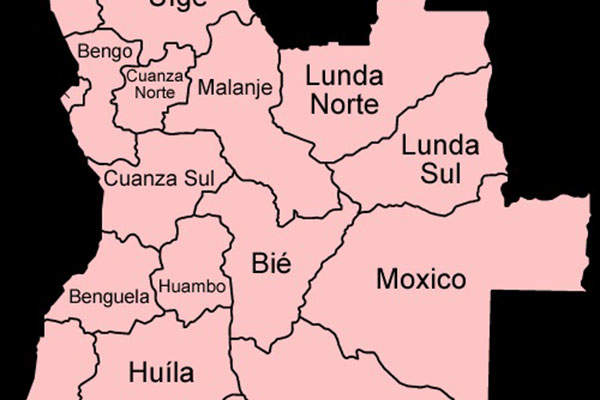 Angola WTP is located in the province of Cunene in southern Angola. Image courtesy of Golbez. 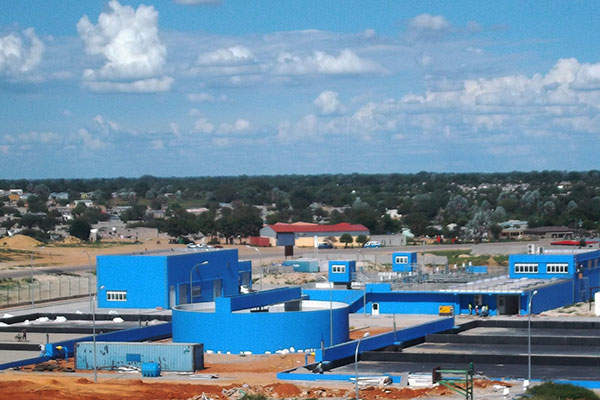 An artist’s rendition of the Angola WTP. 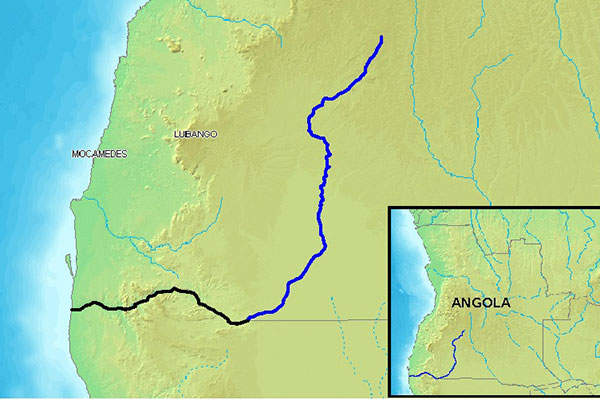 The plant treats water from the Cunene River in Angola. 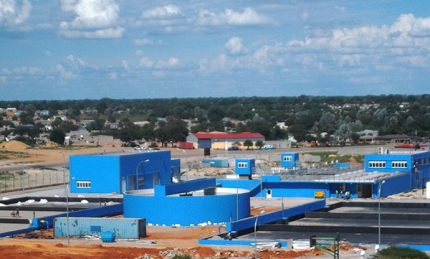 Located in the province of Cunene, the Angola Water Treatment Plant (WTP) supplies water from Xangongo to Ondjiva.

The project started operations in February 2014, having been built after the Ondjiva region experienced a major two-year drought. The plant runs throughout the year and has capacity to treat 24.4 million litres of water a day.

The project was undertaken by the Ministry of Energy and Water to provide fresh drinking water to approximately 250,000 people in the Cunene province.

A joint-venture (JV) between Befesa, the environmental services subsidiary of Abengoa, and Eurofinsa subsidiary Riogersa was the main contractor for the construction of the plant. It was awarded the contract for building the plant and a production system by the Ministry of Energy and Water through its National Water Directorate (NWD).

Total cost of the project was estimated at $101m, which was financed by Deutsche Bank as per the arrangement with the Ministry of Finance.

The average monthly headcount of people employed at the project was 82, which increased to 312 during peak activity phases.

The scope of the project included developing a catchment pumping station on the River Cunene, a water treatment plant in Xangongo, and separate pumping stations and tanks in the villages. It also included laying 100km of 630 high-density polyethylene (HDPE) pipeline separating Xangongo from Ondjiva.

Comprising water and sludge lines, the facility also includes two treated water tanks with capacity to store 5,000m³. The Xangongo pumping station lies close to the treated water tanks, which include a (2+1) frequency variator-equipped motor pump system for the city of Mongua and another (2+1) system for Xangongo and Humbe.

Xangongo pumping station supplies water to the city of Mongua, through a 42km DN 630 HDPE pipeline.

Mongua pumping station will supply water to the city of Ondjiva through a 56km DN 630 HDPE pipeline.

A 4,200m³ storage tank, a 605m³ elevated tank, and a pumping station featuring a (1+1) frequency variator-equipped motor pump with a power capacity of 110kW is also being built in Ondjiva.

The functioning of all the pumping stations, tank levels, and the system is monitored through optical fibre for all the installations along the 100km length of pipeline by the control room housed inside the treatment plant.

Water treatment at the plant

Water from the Cunene River will be treated at the plant, supplied through a 300m DN 630 HDPE pipeline. The pre-treatment process involves methods including coagulation, flocculation, decantation, and filtration.

"The project was undertaken by the Ministry of Energy and Water, to provide fresh drinking water to approximately 250,000 people of the Cunene province."

Reactive systems are fitted in the plant for disinfection using aluminium sulphate, coagulant, lime, and calcium hypochlorite. The treated water is then tested in a laboratory to adhere to the drinking water quality norms set by the World Health Organisation (WHO).

History of the Angola WTP

The Angola WTP was built under the Stage one of Phase II of the Ondjiva Strategic Water Supply and Sanitation Plan. The second stage expansion of the installations will ensure that the inflow of water into the treatment plant is doubled.

Phase I of the Ondjiva Strategic Water Supply and Sanitation Plan covered the construction of the Xangongo Drinking Water Treatment Plant (DWTP), which covers an area of three hectares and treats 16,300m³ of water a day from the Cunene River.