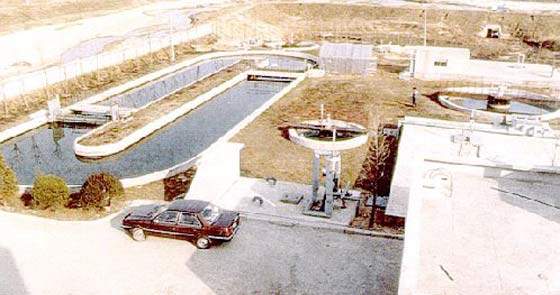 The Korean Airport Construction Authority (KOACA) has installed a wastewater treatment facility at the new In-cheon International Airport in South Korea. This is in the northern part of the country, close to Seoul.

The plant can accommodate 20,000m³/day (5.1 million gallons/day) of flow after Phase 1. This is envisaged to expand one and a half times in the future, although the timing and extent of such an expansion have yet to be determined. The plant encompasses a totally enclosed wastewater treatment system.

Construction at the site started in 1998, although the contract was signed earlier. The new facility was completed in time for the opening of the new Incheon Airport in March 2001. The $5.5 billion airport facility was built to improve tourist access to South Korea in time for the 2002 World Cup.

The plant is in an international business site, which has required particular modifications. The visual appearance of the plant has been adapted to the setting to be more aesthetically pleasing. As it is highly visible from the airport access highway and over-flying aircraft, it is especially important that visitors’ first impressions are good. The construction concept is also very compact in order to save space, which makes future expansion possible.

Odour control is also a key issue. Advanced technology has been used to minimise the problems inherent in wastewater facilities. The treatment plant is totally enclosed and incorporates sophisticated odour control technology compatible with public access to tennis courts located on top of the wastewater treatment system.

The plant is needed as there is high demand for treated wastewater reuse (up to 65%) in toilets hosing, and for irrigation. Tertiary treatment by activated carbon filtration and disinfection allows treated wastewater to be reused. The plant includes an advanced biological nutrient removal system, for nitrogen and phosphorous, which is achieved in a constant level modified sequencing batch reactor process (MSBR).

Stantec’s role was to prepare the process design and equipment specifications for the wastewater treatment system bid. Subsequent to award of the project, Stantec worked jointly with Samsung to complete the detailed design, obtain client approvals, equipment and controls approval, and complete construction inspection, start up and commissioning, as well as training of operators in Korea both on site and in North America.