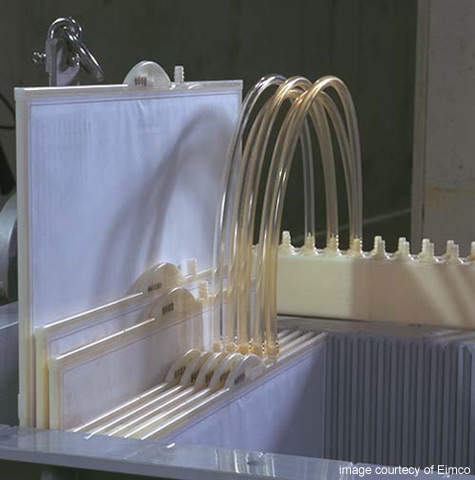 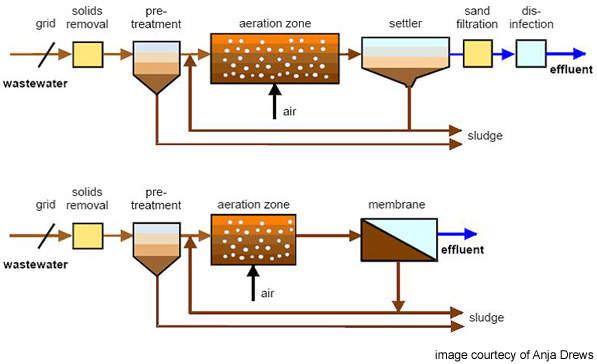 Schematic comparison between activated sludge systems (top) and MBR (bottom); the MBR at the Treburley plant has produced a permeate of consistently high quality. 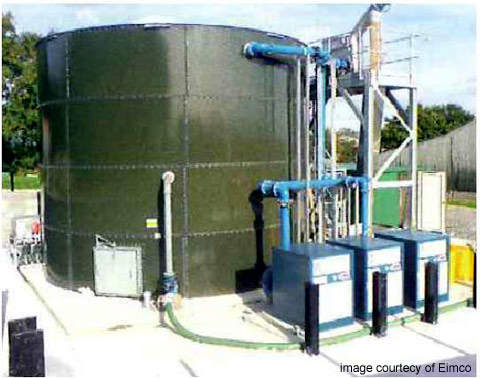 The installation at Treburley; effluent is screened, treated and then stored before reuse. 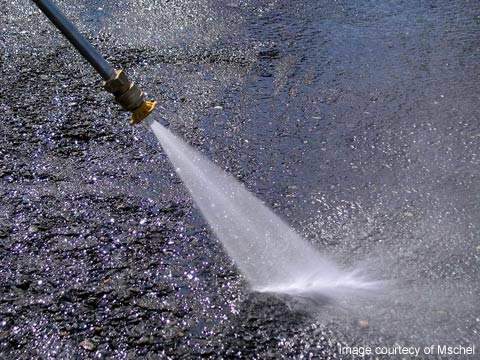 On-site reuse is for low-grade applications such as washing animal sheds and agricultural vehicles.

In 2007, Jaspers’ Treburley facility became the first abattoir in the United Kingdom to obtain a certificate of environmental benefit from Defra, the new MBR filtration system also receiving an award from South West Water in early 2008, for its exceptional water efficiency.

Using around 17,000m³ of water annually, the plant produces a typically low-flow, high COD effluent with land application forming the existing disposal route. The water reuse project involved replacing this increasingly expensive option with a filtration system that enabled the abattoir’s owners to make significant cost reductions and establish compliance with the criteria in the Water Technology List (WTL).

As a result, the facility was able to take advantage of the Enhanced Capital Allowance (ECA) scheme, which allows the application of tax relief to be brought forward on qualifying investments to allow the full cost to be written off in the year of spending.

The ECA scheme allowed the expected project payback period to be reduced to 4.5 years; project cost benefits also comprised reduced operational expenditure, including the reduction of the £40,000 disposal cost and considerably more than the £9,000 first anticipated for water reuse.

The company was first established in 1850, although the original abattoir was not constructed on the present site until the mid-1960s, subsequently being subject to a series of improvements and upgrades in response to changes in the industry over the intervening time. In recent years, increasing water costs, more stringent wastewater disposal regulation and changes to the Environment Agency’s requirements for discharge consent led Jaspers to investigate the potential for on-site water reuse.

Abattoir wastewaters are typically characterised by high levels of COD, VSS, ammonia, nitrogen and phosphorous (mostly organic) and a BOD of around 2,600mg/l, which, coupled with their relatively low flow, provides a particular challenge for designing a cost-effective treatment system.

In conjunction with the facility owners, Copa – now Eimco – were able to identify MBR as the solution of best fit, enabling at least 40% of the effluent to be recycled for a range of on-site applications, including washing down animal sheds and the cleaning of agricultural vehicles.

This not only reduced the company’s demand for potable water and enabled the then current disposal costs to be reduced but also ensured that the installed filtration project qualified for the capital allowance benefits by producing a sufficiently quality ‘disinfected’ final effluent.

The system provides a simple, low-maintenance and highly cost-effective MBR approach, based on Kubota flat sheet membrane panels, which were originally developed as a result of an initiative by the Japanese Government to achieve high-quality discharge permeates.

These systems typically produce a better than 5:5:5 BOD:SS:ammonia effluent, which is pathogen, virus and bacteria free, and complies with a number of international regulatory requirements including the EU Bathing Water Directive and WHO irrigation standards.

The Copa / Eimco process design used at the Treburley facility houses the membrane panels in units aerated by a fine bubble systems located beneath each to facilitate oxygen transfer to the mixed liquor activated sludge – essential to treat the high influent COD loading. Aerating the treatment tank also generates a cross-flow current, which helps to keep the membranes clear of fouling as it rises upwards over their surfaces, maximising effective filtration.

With the membranes securely fixed within the liquor, this also aids even biomass distribution and ensures efficient mixing, all of which enables the system to deliver a high-quality disinfected final effluent.

The company currently process all the liquid flows arising from the Treburley facility, except the blood, which is disposed of by an alternative route.

After treatment, the resulting effluent is stored before reuse, with any high-quality permeate which is not intended for reuse being discharged to a local watercourse.

Since its commissioning in July 2007, the plant at Treburley has enabled up to 90% of the treated effluent to be reused for low-grade applications – a significantly higher proportion than was initially anticipated, which provided greater operational savings than expected.

Jaspers, the abattoir owners, are the project sponsor, with MBR technology supplied by Eimco (formerly Copa). WTL certification for the ECA scheme was by Defra and South West Water awarded the plant’s exceptional water efficiency certificate.