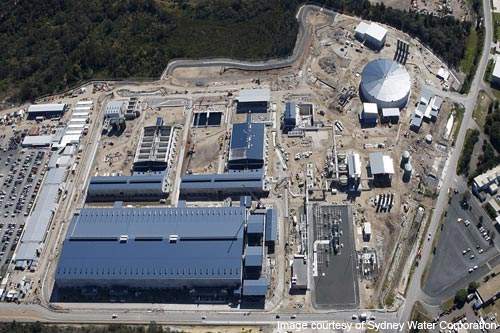 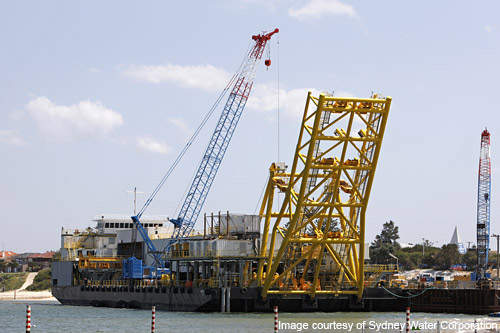 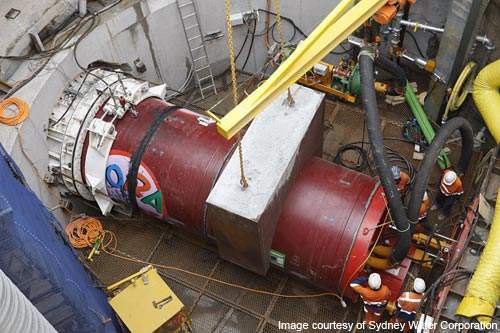 The A&#36;1.9bn project has been undertaken by Sydney Water, a state-owned statutory corporation of the NSW Government. 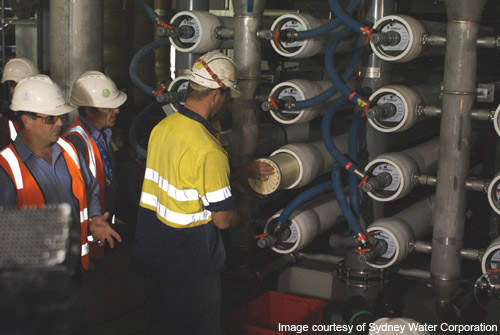 Kurnell is scheduled to be operational by summer 2010.

The plant extracts drinking water from seawater using reverse osmosis (RO) technology. It has the capacity to supply about 250 million litres (ML) of drinking water per day, supplying 15% of Sydney’s water needs. This may be increased to 500ML per day in future.

The A$1.9bn project was undertaken by Sydney Water, a state-owned statutory corporation of the NSW Government. Sydney Water prepared an environmental assessment report in November 2005.

The delivery pipeline system from the desalination plant was designed in April 2007. NSW made a final decision on the plant in 2007 and work began on the pipelines. Construction of the plant began in 2007. Kurnell deslination plant became operational in January 2010.

In April 2011, the plant was named “Desalination Plant of the Year” at the 2011 Global Water Summit held in Berlin.

Sydney mainly depends on dams and rainwater for its water supply. Sydney’s population grows by about 50,000 a year. This increasing requirement has led to new technologies being proposed. They include desalination plants, which are considered economical and environmentally friendly. The decision to construct the plant was taken in February 2007, when dam levels sank to 34% of total storage capacity.

The NSW Government wanted to ensure long-term drinking water supply independent of rain. Apart from the desalination plants, the government is also working on water conservation and recycling initiatives.

Kurnell plant consists of an administration building, pre-treatment and post-treatment plants, an RO facility and a drinking water storage tank. It also has an intake pump station and screening drums, stormwater retention basins, a wastewater treatment facility and a 132kV electric switchyard.

“Kurnell has the capacity to supply about 250 million litres of drinking water per day.”

The project consists of about 32km of underground and deep sea tunnels connected to the plant. Kurnell is connected to the Tasman Sea through inlet and outlet structures with tunnels. There are 17.5km of pipes onsite. Each is designed for the process and has high corrosion resistance.

In August 2009 the pipe across Botany Bay was completed with twin 1,422mm-diameter pipes. A purpose-built laybarge called Nebula was used. The twin water tunnels under the bay include an 8km pipeline connecting Kyeemagh with Silver Beach.

The pipeline passes beneath Kogarah Golf Course and travels along the northern shore of Alexandra Canal. It then reaches Esrkinville and connects to the Sydney supply tunnel for distribution.

The pipelines were laid through microtunnelling and trenching. The eight inlet and outlet shafts, which are about 20m below the seabed, were drilled using a Seafox 6 jack-up rig.

Kurnell uses advanced RO technology in two stages. The RO system consists of semi-permeable membrane that separates salts from seawater. Electrical energy is required to drive seawater through the membranes.

Seawater is taken through the plant’s inlet, where it undergoes screening and pre-treatment for removal of sand and sedimentary solids. The water is then pumped through an RO membrane with high pressure, where the fresh water is diffused through the membrane.

A total of 36,736 RO membranes have been installed at the plant. The water undergoes diffusion through 3,367 first pass and 1,218 second pass pressure vessels. There are eight membranes per vessel – 26,936 for the first pass and 9,800 for the second.

Extracted fresh water then undergoes post-treatment, where water is treated with minerals and fluoride to meet the NSW health requirements and drinking water guidelines. The treated water is fed into a storage tank and then transmitted to the city’s tunnel for distribution.

The concentrate consisting of salt and other seawater particles is transferred to the ocean through risers on the sea bed at a depth of about 30m. The water does not affect aquatic life. The plant produces 1.5 billion litres of brine a day.

“Construction of the plant started after an extensive environmental consultation.”

The power for the project is completely renewable and supplied by Infigen Energy’s 67-turbine wind farm at Bungendore, NSW. The Capital Wind Farm has a capacity of 140.7MW and supplies 40MW to the desalination plant.

A A$650m contract was awarded to the Water Delivery Alliance (WDA) for the design, construction and commissioning of the desalination water delivery system and a pump station.

Construction of the plant started after an extensive environmental study and consultation that aimed to minimise the plant’s impact on marine life and local residents. The pipeline route passes through industrial and open areas, which reduces trenching on main roads and in residential areas.

The plant is powered by wind energy. A 15ha conservation area alongside the 30ha will be managed by Sydney Water. A comprehensive marine monitoring programme is ongoing.

Construction of the plant had been controversial since it was proposed in 2005. The plant was opposed by environmentalists, community groups and residents because of environmental effects and an expected rise in water costs.

Concerns about possible damage to private property and the environment were taken into account by Sydney Water and included in the project conditions for approval.