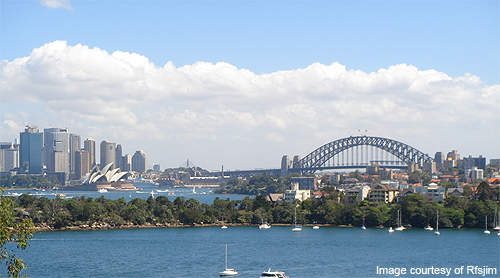 The plant is surrounded by Sydney Harbour National Park. 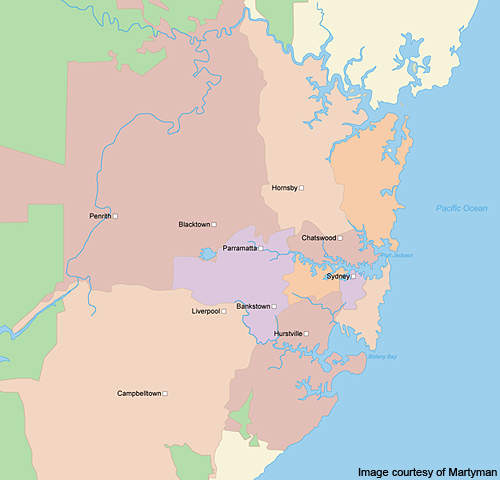 Located in the North Head Peninsula, the plant can serve over 1m people. 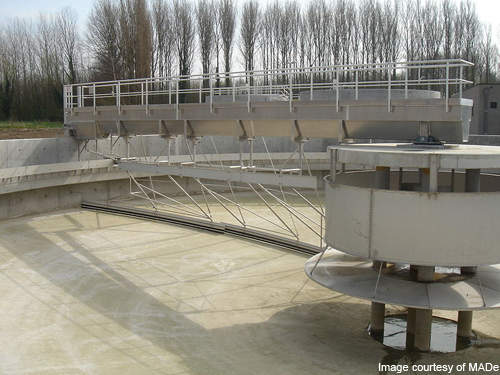 Sedimentation tanks, like the one shown here, are used primarily on site.

Located on the North Head Peninsula, North Head Sewage Treatment Plant (STP) was commissioned in 1971. It is the second largest ocean STP in Sydney. The plant recently underwent a $150m improvement work, which was started in 2007.

The plant’s site is surrounded by the Sydney Harbour National Park and Tasman Sea and is built over an area of 15.9ha. The facility has a capacity to treat 300m litres of ocean water a day, allowing it to serve over 1m people.

The improvement works at the North Head STP, including the construction of a new hydro-electric plant, were carried out by the PARR Alliance. The alliance comprised Sydney Water, United Group Infrastructure, John Holland, MWH, Worley Parsons and Manidis Roberts.

The plant is owned and operated by Sydney Water. The screenings handling facility of the plant worth $80m was designed by MWH.

“Each of the six raw sewage pumps of the North Head STP is capable of pumping 350m litres a day of raw sewage.”

Recent improvements were undertaken to ensure that the plant continues to meet the needs of existing and future customers. Upgrades are also intended to meet the environmental protection standards, set by the Department of Environment and Climate Change, through to 2023.

Developed to improve water quality in Sydney Harbour, the Northside Storage Tunnel starts 40m below sea level west of the river Lane Cove and ends 100m below sea level at the wet well at North Head STP. The well is equipped with a screen that filters large particles such as stones, sand and grit. These filtered particles are pumped out to the surface, from where they are collected in grit tanks of the STP.

The North Head STP’s inlet channel acts as a junction where sewage coming from the Northern Suburbs Ocean Outfall System is mixed with flow from the Northside Storage Tunnel. The mixed flow is then made to pass through a series of seven fine screens used to filter objects such as cotton buds, rags and tree roots. While only three of these are in use during normal dry weather, all seven may be used during heavy storms.

Each of the six raw sewage pumps of the North Head STP is capable of pumping 350m litres a day of raw sewage. The sewage coming from the Northern Suburbs Ocean Outfall System is lifted by the pumps to the plant about 60m above ground.

At any given time, the number of raw sewage pumps in operation is dependent on the flow. Two pumps are employed during normal dry weather, up to four in the case of a storm and two additional pumps for back up support.

In case of major equipment or power failure, the existing cliff face prevents flooding of the underground works. The need for the cliff face discharge, however, is reduced by the Northside Storage Tunnel. The tunnel diverts sewage into a sub-tunnel in cases of power or major equipment failure.

A hydro plant has also been commissioned at the North Head STP as a part of the upgrade project. It is the first hydro plant in Australia that generates power from treated sewage water. The energy is captured from treated wastewater falling down a 60m-long shaft. The plant is capable of generating enough energy to power around 1,000 homes for a year.

Apart from electricity generation, the North Head STP has also applied some advanced water-energy efficiency technologies. These include a water recycling facility capable of producing up to 1.5m litres of water a day, a new biosolids management facility to reduce the amount of biosolids, a cogeneration engine for reducing carbon emissions and a new odour scrubber that reduces odours during wastewater treatment.

In the first step, wastewater is filtered to remove larger materials such as cotton tips, paper and plastic. These materials are disposed of at the Moss Vale Recycling Centre.

The screened sewage is then sent to the surface of the grit removal tanks through six variable speed centrifugal pumps. The sewage is filtered further to remove sand, gravel and other heavy inorganic matter from the sewage through four aerated grit tanks.

The next step is to achieve high-rate primary sedimentation. In this process, settled waste solids from the sedimentation tanks are removed and shifted to the solids handling process. The floating oil and grease are removed from the tank by scrapers.

Some of the treated wastewater is further treated so that it can be re-used to wash screens and clean the plant equipment. The remaining treated water is then discharged to the deep ocean outfall.

The treated water from the plant is carried by a large tunnel under the sea bed and is released into the ocean through diffusers. In the ocean, the discharged water is naturally disinfected by sunlight, salt water and wave action.

The plant has introduced an innovative hydro-electric generator and a co-generation plant, which uses methane gas generated during the treatment of biosolids. Up to 63% of the electricity used at the plant can be saved each day through these processes.

The plant saves 1.8m litres of drinking water a day by using recycled water for purposes such as cooling, odour treatment and washing filters.