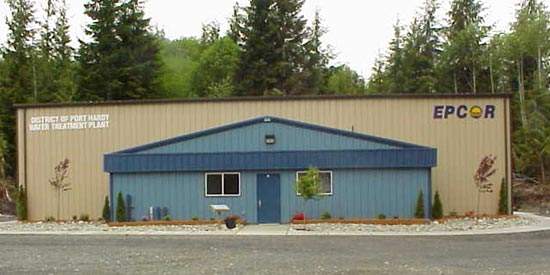 The finished plant is the centerpiece of the recent program of improvement to local water and wastewater management. 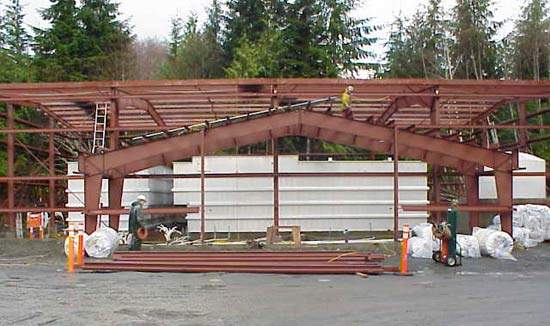 The choice of a pre-engineered, steel framed building to house the treatment plant represented a significant saving in the overall project cost. 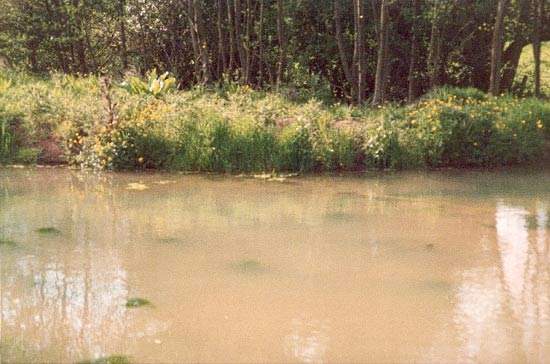 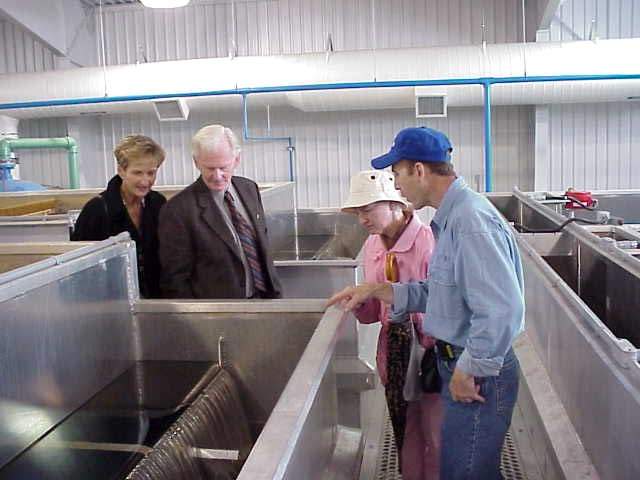 Visitors are shown around the treatment plant; there has been extensive public consultation and awareness throughout the project. 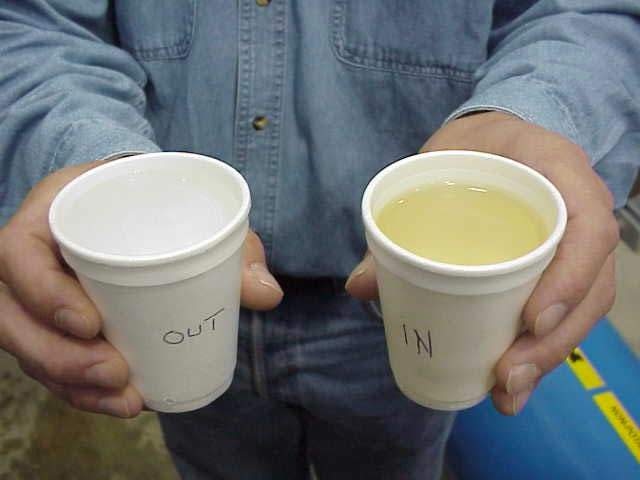 The treated water leaving the plant compared with the raw input; the river exhibits great seasonal variability, which the new plant has been designed to overcome.

In 1999, the District of Port Hardy embarked on a program of improvements to local water and wastewater management, one of the main elements of which was the construction of a modern, state-of-the art water treatment plant. To put the overall plan into practice, a long-term public/private partnership agreement was signed between Port Hardy and Epcor to design and build the plant with a 20-year contract to operate and maintain it. The company also received an additional five-year wastewater management contract.

The improvement project also included implementing an extensive quality assurance regime for water and wastewater, changes to operational practice and devising schemes for water efficiency, strategic watershed protection and minimizing environmental impact. A number of modifications and upgrades were also made to the distribution system by the District of Port Hardy using local contractors.

Port Hardy had long held a reputation for poor water quality and the combination of this, increasingly stringent legislation and numerous historic failures to comply with Canadian drinking water guidelines were the main drivers for the improvement program.

Work began on the plant in August 1999 and was completed by the following March. The formal opening ceremony took place in April and the facility became fully operational shortly afterwards.

The overall project cost was $3.67 million and attracted 50% funding awarded under the local government grant scheme.

With a population of around 6,200, Port Hardy is the largest community on the northern tip of Vancouver Island, British Columbia, and draws its water from the Tsulquate River. The high color, organic content and turbidity of this source posed significant challenges to Clearwater who were given the contract to design the town’s new treatment plant.

The water quality exhibits great seasonal variability, with color ranging from around 60 TCU in the summer to over 250 TCU in winter storm conditions and turbidity showing nearly a tenfold variation (0.6 NTU to 5.0 NTU). In addition, the river’s high organic loading causes the production of unacceptable levels of disinfection by-products (DPBs), reacting with chlorine to form trihalomethanes (THMs) and haloacetic acids (HAAs). With this in mind, Clearwater undertook a series of pilot studies to determine the best method of treatment.

Preliminary investigations had indicated that a combined dissolved air flotation (DAF) / filtration process was the most promising approach. Using a portable pilot plant, they then conducted a series of trials aimed at selecting the best coagulant and optimizing the process design parameters. The results clearly demonstrated that the proposed DAF / filtration approach would both provide an excellent quality of treated water and significantly reduce the levels of disinfection by-products.

The plant chiefly consists of three separate flocculation-DAF trains and a bank of four filters within a pre-engineered, steel frame building. It also includes extensive chemical storage and dosing facilities together with fully automatic controls and a SCADA system. Provision was also made within the design for the addition of UV disinfection at a future date, if required. The decision was taken to use pre-manufactured units in marine grade aluminum and a simple building enclosure to maximize the cost efficiency of the installation.

Coarse screening removes large material from the intake, which is then pumped to the head of the water treatment plant where it is dosed with aluminium sulphate, polymer and soda ash to aggregate small particulates.

The water then flows to the flocculation tank, where the particles further aggregate to form floc before passing to the DAF tank. About 10% of the contents of this tank are combined with compressed air in a saturation tank before being returned to the DAF tank. The resulting drop in water pressure causes the formation of large quantities of tiny bubbles, forcing the floc to float to the surface. Brushes remove this float, pushing it over a static plate into a trough for disposal.

The water then enters a dual medium gravity filter equipped with a backwash facility before being pumped to hilltop storage tanks. Finally, chlorine is added for disinfection and lime and carbon dioxide are added for corrosion control.

Although the bulk of the infrastructure improvements have been made, some elements of the program remain to be completed. Future plans include the introduction of a state-of-the-art network control system with wireless telemetry and remote monitoring, together with a comprehensive review of wastewater management and operational procedure.

The Town of Port Hardy was the local authority client, with Epcor as D-B-O contractor, together forming the core public/private partnership. Clearwater co-ordinated a multi-disciplinary team, undertaking detailed design and supply of the process, instrumentation, controls and electrical components. Aqualta, a subsidiary of Epcor, were responsible for supervising the site-work, which was performed by contractors from the local area.