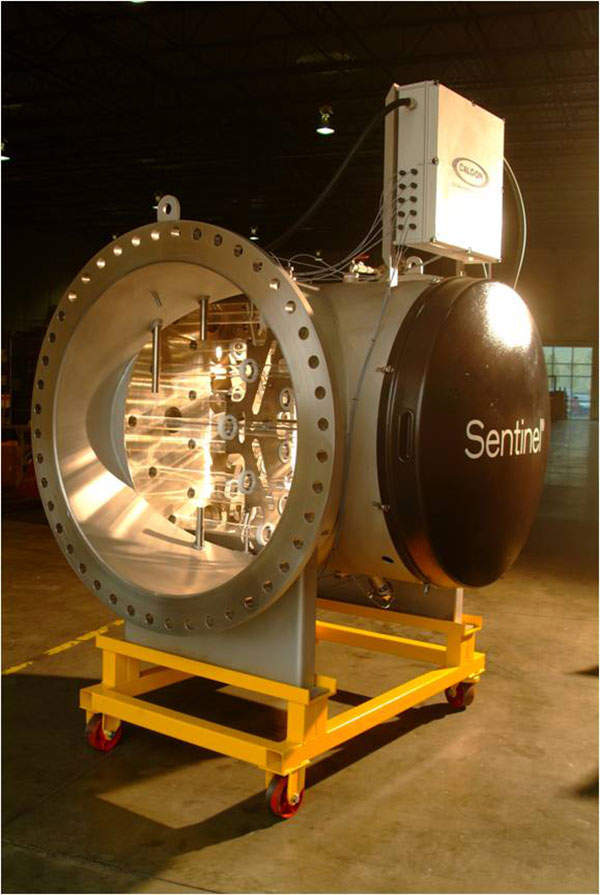 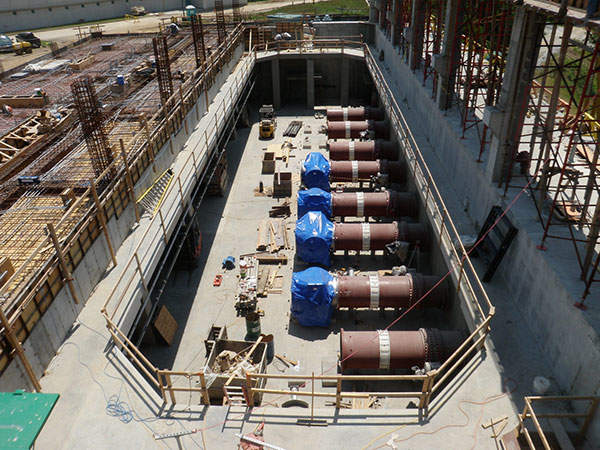 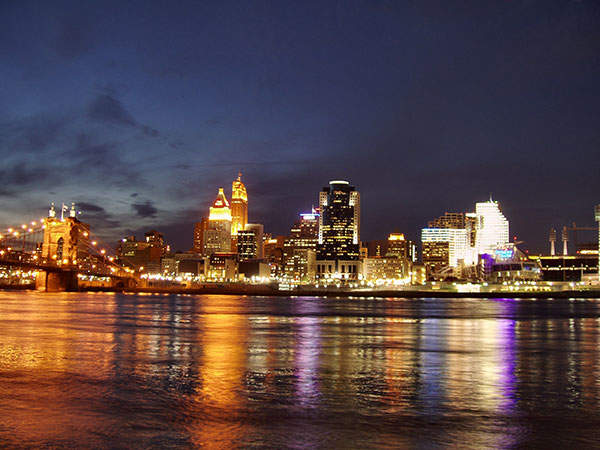 The Richard Miller plant, located in the state of Ohio, receives its raw water from the Ohio River. 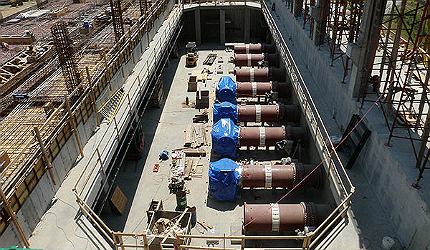 Construction on the 1,820 square metre ultraviolet disinfection treatment facility started in November 2010. The project was completed in October 2013. GCWW is the largest water utility in North America to use UV light following sand filtration and granular activated carbon.

The ultraviolet disinfection project also involved the installation of 160 solar panels on the roof of the new UV facility. This helped GCWW reduce its carbon footprint.

The sourced water is first pre-filtered to remove larger solids by employing coagulation and high rate sedimentation processes. It is followed by biologically active rapid sand filtration, which removes particles and impurities.

The GAC contactors use 3.5m of GAC and take 15 minutes of empty bed contact time to get rid of organic materials from the water.

Prior to supplying to consumers, the GAC treated water is chlorinated to meet primary disinfection requirements for Giardia lamblia and virus inactivation. Though the chlorinated water fulfils all the existing drinking water standards, it is not effective against Cryptosporidium, a chlorine-tolerant protozoan now regulated under the Long-Term 2 Enhanced Surface Water Treatment Rule (LT2ESWTR, or LT2 rule).

To address the cryptosporidium and future contamination issues, GCWW planned to build a UV disinfection facility for its RMTP.

Although not mandated by any regulations, the UV system provides an additional inactivation barrier and enhanced protection against harmful protozoa.

Multiphase planning and design by GCWW

GCWW undertook a multiphase planning and design of the UV project before embarking on a full-fledged construction.

Phase one started in 1999 with a UV feasibility study to evaluate the potency of UV disinfection against emerging pathogens. For this, a bench-scale collimated beam study was conducted. Effectiveness against multiple target pathogens was assessed by sequential treatment using UV and free chlorine.

Phase two was undertaken between 2001 and 2004. It dealt with hydraulic analysis and optimal UV process train location. It was ascertained through hydraulic measurements and field trials that about 1.8m of head was available between GAC contractors and clear wells. It was also found out that medium / low pressure high-output UV systems can be installed within the existing process train due to availability of adequate piezometric head.

Phase three was completed in 2010 and included preliminary design and master planning for the UV facility. An advanced oxidation process (AOP) pilot study was completed during 2007-08 and the final design was selected in 2009-10.

The system uses high-intensity, medium-pressure lamp technology to inactivate a broad range of waterborne pathogens, such as Cryptosporidium and Giardia lamblia.

The Vineyard Surface Water Treatment Plant is located in south Sacramento County in the state of California, US.

The joint venture also required to render engineering services during construction, start-up and commissioning of the new facility.

Construction of the new UV facility and associated piping and electrical work was undertaken by Dayton-based general and mechanical contractor Adams Robinson.