Former Height of the Dam 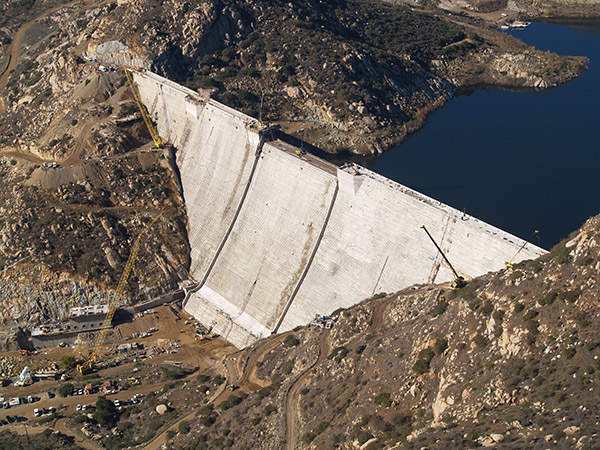 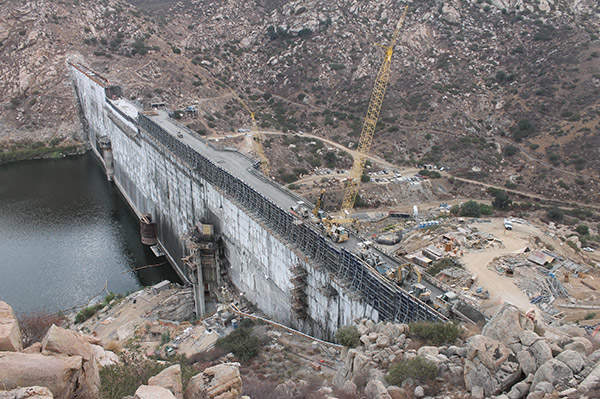 Around 5,500 people were involved in the construction of the project. Image courtesy of MWH Global. 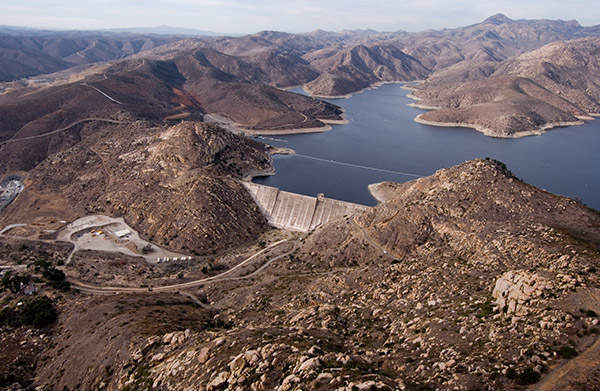 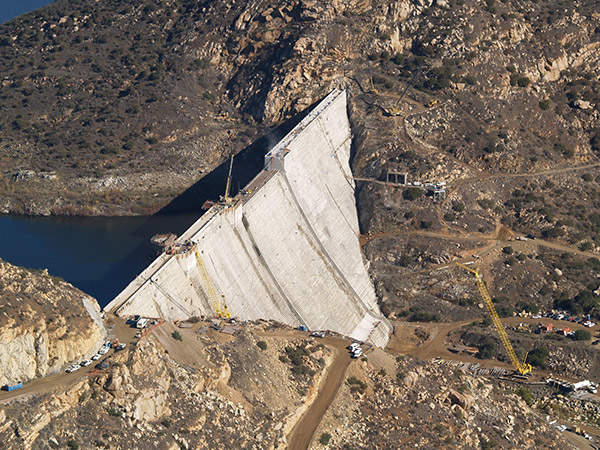 Filling of the dam to its full capacity will be achieved within two to five years. Image courtesy of SDCWA. 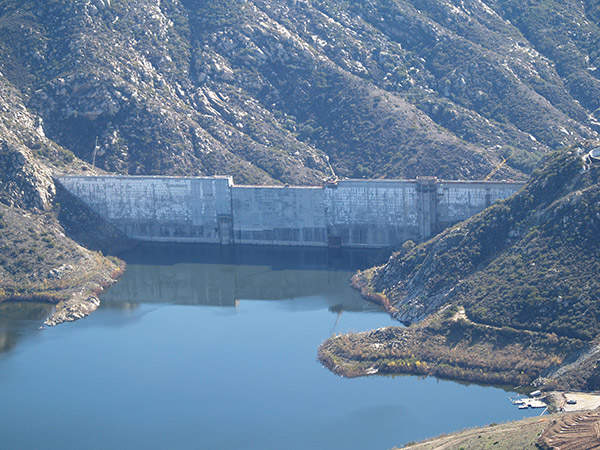 The project increased the surface area of the dam by 500 acres. Image courtesy of SDCWA. 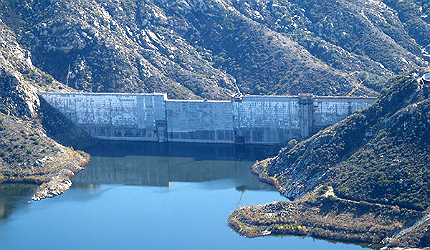 The San Diego County Water Authority (SDCWA) performed a major project to raise the San Vicente Dam in San Diego, California, US. It is the highest dam raise project undertaken in the US and the highest roller compacted concrete dam raise in the world.

The project encountered a significant milestone when the dam was raised to its intended height of 337ft in October 2012. Certain auxiliary works for the dam raise project were completed in June 2014 and the dam is expected to be fully filled within the next five years. Approximately 5,500 people were involved in the raising of the dam.

The dam raise has expanded the capacity of the reservoir from 152,00 acre-feet to 242,000 acre-feet. It also renders 100,000 acre-feet of carryover storage which will be used in drought situations.

Original construction of the dam

The idea of constructing the dam primarily sprouted through anticipation of receiving water from the Colorado River Aqueduct, which was being constructed during the 1930s. The idea was first met with disapproval in 1939 by the residents of San Diego. The residents, however, gave in to the idea a year later after realising the population was increasing.

Construction of the dam began in 1940 and was completed in 1943. The dam was designed favouring a possible raise for the future, with its grout curtain being extended and positioning being done to facilitate an increase in height.

"The project met with a notable milestone when the dam was raised to its intended height of 337ft in October 2012."

Around 80% of the water supply in San Diego is imported from the Lower Colorado River (50%) and Bay Delta (30%), located in northern California, through conveyance systems covering almost 640km.

The San Vicente Dam raise is part of the larger $1.5bn Emergency Storage Project (ESP) which began in 2000 and will be completed by 2018. The ESP comprises of constructing a series of reservoirs, pipelines and pumping stations, targeted at delivering water to the San Diego region.

The project will supply water to the region during unavoidable interrupted water deliveries from the existing facilities. It will increase the county’s local water storage capacity and enable the dam to serve as a back-up for supplying water during droughts and disruptions from the existing conveyance systems. The project is expected to meet San Diego’s water needs through until 2030.

The San Vicente dam was raised by an additional 117ft, which provides an additional 152,000 acre-feet of water to the reservoir. The project has also increased the surface area of the dam by 500 acres and storage capacity of the reservoir by 187,489,239m³.

Preparatory works to raise the dam commenced in June 2009. The first layer of concrete for the dam raise was laid in September 2011 after the completion of the foundation works in 2010.

Construction works for raising the dam incorporated the former marina to serve as a quarry and RCC production site. The RCC materials were sourced from the hillsides around the marina and conveyed using a conveyor system, to reduce the number of truck movements and improve the project’s environmental footprint. Around 650,000 cubic yards of RCC was utilised to raise the dam.

Ancillary works following the completion of the dam raise involved installation of a surge tank, a pump station and 11 miles of large-diameter underground pipeline, which escalated the overall projet cost to $838m.

A few more ancillary works are expected to be realised by 2015, which include construction of a new marina, a longer boat ramp, additional parking spaces for boats and site restoration works.

Contractors for the Californian project

MWH provided the final design and engineering services for the construction of the dam raise as part of a $20.4m contract.

Grand Coulee is a gravity dam on the Columbia River in the US, which serves the purposes of irrigation, flood control and power generation.

The Okukubi Dam will be the first trapezoidal cemented, sand and gravel (GSC) dam in the world when it comes online.